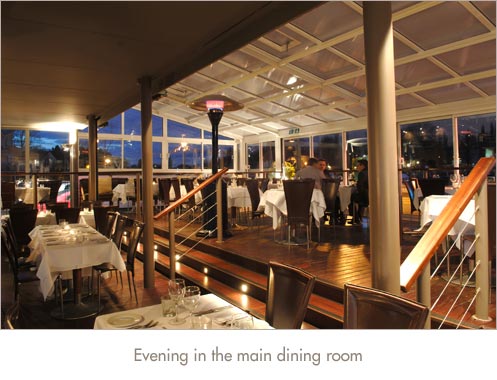 Teddington wasn’t what I had expected; only a few minutes by train from London but you can tell in no uncertain terms that you have left the sprawling metropolis! People talk to one another and are positively falling over themselves to voluntarily offer directions to lost looking visitors. About a ten minute walk from the station, down a high street filled with little boutiques and gifty type shops (I wasn’t allowed to stop….), you reach the river. The Wharf is located alongside the river next to the RNLI lifeboat station. It is housed in a light airy purpose-built modern building with a large bar area on the ground floor then restaurant areas on a mezzanine upper floor and in a big room overlooking the river. I really like the way that the building has been designed and furnished. It matches the service that you receive; welcoming and unpretentious.

I need to caveat anything I write here with the fact that I went to The Wharf on the day of an England rugby international at Twickenham. I suspect that this may have led to my having a very different experience to that of a normal day. Nonetheless it was a very good experience and I would definitely go back to the Wharf for a quieter meal. I think that having compared the “Rugby Day” menu with the normal menu, more emphasis had been put on stomach filling, “man food” than normal (indeed this was a good call as about 70% of the main courses coming out of the kitchen appeared to be burgers) The normal menu has much more of a lilt towards thai fusion food and use of seafood.

I started with a ham hock terrine which was definitely on the meaty side and a very good portion size. It was more in the style of a French “Rillette” terrine than a pate type one. Ham based terrines can often be quite salty but this one was not overly so and had bits of peppercorn which added nice bursts of flavour. I wish I could have tried the accompanying chutney (grape and pumpkin) as it looked delicious but the old pumpkin allergy prevented it and no alternative was offered. Others ordered the goats cheese salad which was roundly praised.

My main course of duck confit was tasty and not dry in the way that confit sometimes can be. The sauce was a bit on the runny side and there wasn’t much of it, equally whilst nice and garlicky, the potato gratin was a densely packed cube of thin potato leaves with not much cream/sauce interleafing it. Upon reading that back it sounds quite negative but I’m probably being picky as I did really enjoy it. I am told that the Wharf burger was a very good burger and did tempt me for a couple of minutes bearing in mind the rugby that lay ahead. 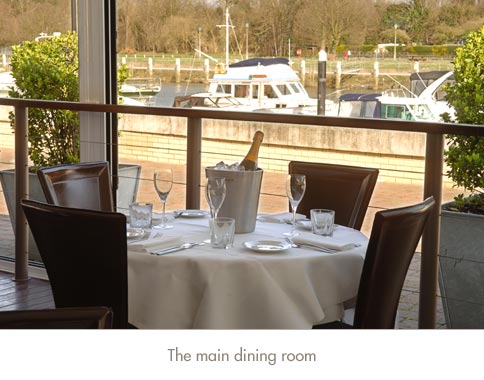 The definite shining highlight of the meal was dessert; a bread and butter pudding with toffee sauce. I’m definitely more of a savoury creature so this reaction surprised me. Unlike the potato gratin the pudding was really squidgy and oozy and the custard had just the right amount of vanilla without being overpowering. The raisins were plump and burst in your mouth offering a fruity antidote to the sweetness of the sticky toffee sauce drizzled over the plate.

Similar oohs and aaahs were coming from the other side of the table at their desserts so I think this is a course that the Wharf does well. Other options included Mango and Kaffir Lime Leaf Crème Brûlée and Caramelised Lemon Tart with marinated berries.

The wine list is not very extensive but matches the dishes on the menu well and I really enjoyed my Marlborough sauvignon blanc. The rest of the table only had praise for the pinot noir they ordered.

My only real gripe would be that whilst I don’t mind supplemental fees to a set menu price for a particularly nice dish or ingredient, I do think that a £7 supplement for a steak is quite extreme for what is essentially a gastropub on the river (despite the chefs fairly illustrious hotel restaurant background). The price for two courses when the supplement was added was rapidly heading towards central London decent restaurant prices.

All in all, The Wharf is a local gem and offered up a meal and dining experience that I really enjoyed and the restaurant is one I would make a beeline for if I was in the area again.


Highlights: desserts and the view over the river
Lowlights: the sauce with the duck confit 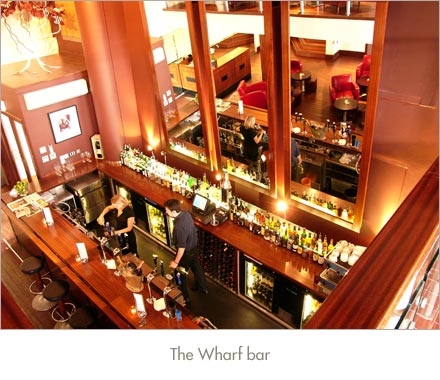