I can’t remember how old I was when I first heard of Chateau Yquem. Along with a Chanel handbag it was one of those things I somehow inherently knew I wanted. I do have vivid memories of hunting for it in supermarkets on French beach holidays as a teenager and only once finding it  (in hindsight 680 francs was probably a bargain for a full sized bottle but seemed a crazy fortune at the time!)

Yquem is one of the few white wine chateaux to have reached a level of name recognition and mythical status to rival its Bordeaux neighbours such as Lafite, Pétrus or Margaux.   Clichéd phrases involving “nectar” and “liquid gold” are regularly bandied about in the tumultitude of articles on the subject.

I’m not going to bore you with the basics of Yquem (botrytis, semillon, sauvignon etc etc) and leave it to someone much more qualified. For more of the story behind both Yquem the wine and the chateau and also some fabulous photography I can’t recommend Richard Olsen’s book Yquem enough, he knows much more about it than I can ever hope to.  So back to actually drinking the stuff and the evening I popped my Yquem cherry….

Hawksmoor have founded a wine club with the intention of offering amazing and often otherwise inaccessible-to-mere-mortals wines by the glass accompanied by a suitable dish.

So last week I was pretty excited to head on over to Seven Dials for an apple pie and a glass of Yquem for £22. Now there may be some of you out there who think that £22 still sounds like a totally nuts price to pay for what is essentially a cake and a glass of wine. Contrary to popular opinion amongst those nearest and dearest to me, I’m not living in cloud cuckoo land. It is a lot to pay unless you’re really into wine. Bear in mind that only a few days later I was in another London restaurant who were offering the same Yquem, same year, same everything for £48 a glass. Without the pie. Imagine that. 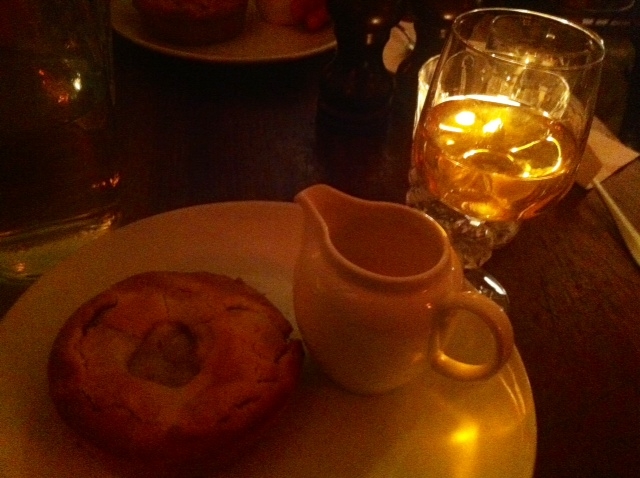 The wine in question was a 1998 Yquem served in half bottles of which they had bought in a few (reputedly from Roberson but not 100% sure). Anyway so onto the wine itself. Golden in the glass leaving a pattern of rivulets swirling around the glass from the sweetness. I could sit and smell it for ages were I not such an impatient creature. Pure sweet honeyed olfactory blast.

Enough acidity to prevent the wine cloying in the mouth and to stand up to the relative sharpness of the apples in the tarte. The comparative youth has meant that the more detailed fruity notes still remain. The botrytis in this bottle has permitted a super sweet concentration but  without erring too much towards the slightly bitter, petrol note that can creep in. In short, a nicely balanced wine.

The lovely, lovely Hawksmoor chaps even gave me a second taste from a different bottle (just checking consistency within the vintage, totally necessary y’know how it is…..)  If this event was anything to go by, I can’t wait to see what other Hawksmoor wine events are coming up. 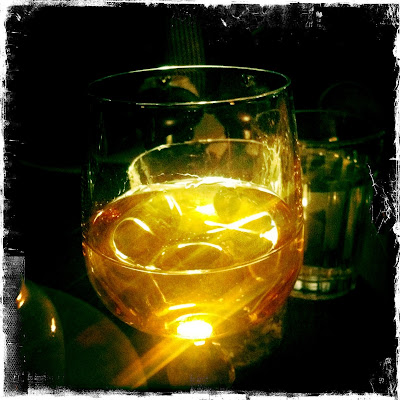 So was it everything that I hoped and dreamed of, this elusive Elysian liquid? Yes.  I’m left with an expensive problem however; I want more.

Roberson are currently selling the 1998 for less than £100 for a half bottle, it’ll keep for decades. Go on, you know you want to


Oh yes and the pie was very nice too…..