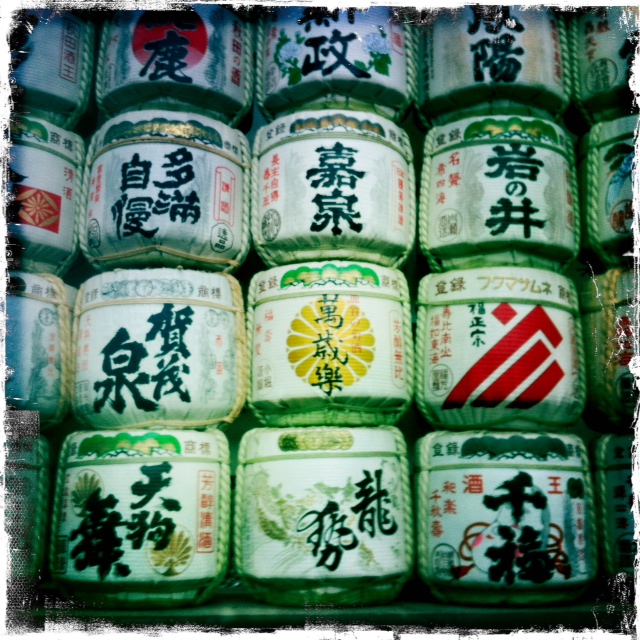 24 Hours into my first trip to Japan and this is probably the first (and maybe only) time in my life that I have felt like Scarlett Johanssen; well her character at any rate. Yes, it’s true, I’m feeling a little Lost in Translation. Wandering around the restaurants and izakaya of downtown Shinjuku and,  despite the pictures of dishes and the “helpful” plastic replicas of what your food just might look like, I’m hard pushed to make a decision. Sushi or donburi or udon or yakitori or katsu or one place that seems to serve a raw egg in the middle of every dish? Decisions, decisions. A monster case of jet lag isn’t helping matters much by making me feel like I’m trapped in a bubble with a whole crazy new world spinning by outside. Menus proudly bearing English descriptions such as “fried crabs brain” or “fish stomach” make the mind reel;  how big can a crab’s brain be and is it really something that should be served on a a nigiri style blob of rice? Am I a total coward for not rushing to try the weirdest thing that I can see pictorially depicted on the menu? 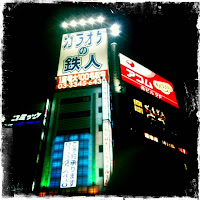 The eerily misty skyline proves its inspiration for Bladerunner as skyscrapers seem endless as they disppear into the clouds and fog. Walking down a side street my senses are assaulted by the door to a Pachinko parlour springing open to hurl its latest victims back out into the street (a kind of gambling version of pinball). Music blasts out and the open door allows a peep at the rows upon rows of weekending Japanese avidly glued to the flashing machines. Stumbling round and round the endless neon lanes near the hotel, we finally settle on a small izakaya near our starting point, ain’t that always the way? My first lunch in Tokyo consists of some little gyoza, more powerful in flavour than their English counterparts, little pouches of pork and cabbage seasoned beautifully, crisp and browned on one side from the frying pan that I can see just through the curtain, spilling grease spots across the liquid surface of the soy dipping sauce that I douse them in. Chicken balls in a sweet teriyaki sauce hold just the slightest bite of chilli with a spring onion and ginger salad. A pork katsu and noodle ramen floats with sliced bamboo and a slightly odd flavour (might not have that one again….) 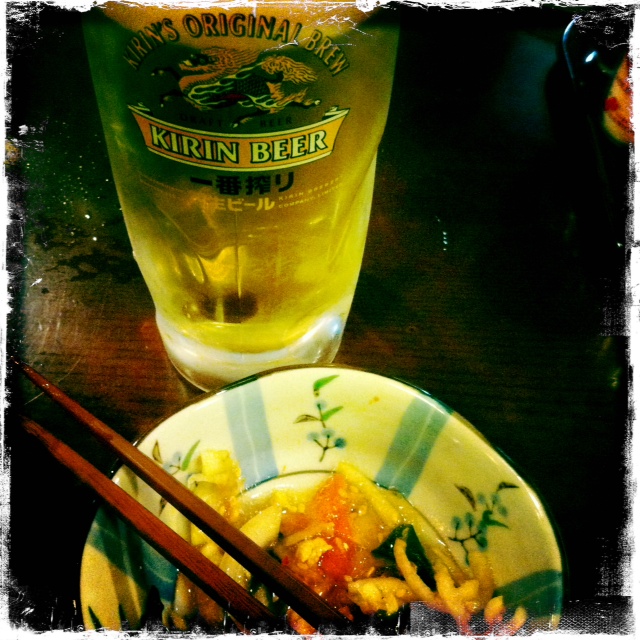 Dinner involves slightly more exploration, but not much, I’m not that brave yet! Omoide- Yokocho is a narrow, unobtrusive side street off the main Shinjuku thrust full of tiny restaurants, some only just wide enough for a narrow bar and four or five stools. Plastic sheets come down when a venue is full and most of them are. We fix on a slightly larger 5 table venue due to the pictures of yakitori. The shouts of welcome on entry from all the kitchen and waiting staff are slightly unnerving but you soon come to realise that being screeched at on arrival somewhere is a good thing (really!)


A welcome amuse bouche is served consisting of a small sesame seed strewn salad, tempura of tofu and a really tasty dressing oozing the ubiquitous umami savoury flavour that lights up the taste buds and for which Japan is so famous. Small tasting yakitori sticks of roast mushroom, peppers, tempura octopus and grilled pork ensue. “Chicken tail and roast garlic” is indeed just that, chicken’s bottoms on a stick. Kind of tasty though once you get over the fact that you are eating a chicken’s rear end.


A plate of greasy yaki soba fried noodles interlaced with cabbage and pork ups the carb intake washed down with a pint of Kirin beer. Other diners are all friendly, ushering us to try pickled vegetables from their table (much lighter and less sharp than pickled anything in the UK). They wonder at the fact we have chosen to holiday for two whole weeks in the the land of the rising sun, tourism has been on the wane since last year’s earthquake and, considering blossom season is nearly upon us, it doesn’t seem to have fully picked back up yet. A man next to us attempts to eat a baked potato with chopsticks proving the grass is always greener, here we are looking to eat much loved Japanese dishes in their country of origin and he is struggling with what we consider basic comfort food back at home. A stroll back to the hotel confirms a few Japanese stereotypes. Gaggles of giggling girls queue up outside karaoke parlours whilst a spew of besuited young businessmen stumble out into the street after one sake too many uttering a “sumimasen” (that’s “pardon me” to you and me)and they disappear off into the night. 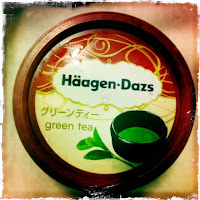 Stopping by a 24 hr 7Eleven for water leads to an accidental purchase of green tea ice cream, its Haagen Daz but not as we know it! Rich in matcha flavour and less sweet than we are used to, its enjoyable and very very green.

Fears about everything being super expensive in Japan are waylaid, although the Yen is incredibly strong, lunch comes to around six pounds each and dinner to around fifteen. Time to crash and burn as jet lag finally takes over. Tomorrow brings another day with a whole host of strange new opportunities.