We arrived in Hiroshima on a bitingly cold morning. I hadn’t been sure what to expect of the town which is known, lets face it, for one thing and one thing only, a huge and awful atomic bomb. It would have felt wrong not to visit at all and to fly past on a Shinkansen train bound for somewhere more “fun”. Equally though, there is something a little ghoulish about only visiting somewhere because of its disastrous history. It was therefore with a little personal trepidation that we pulled into Hiroshima station. 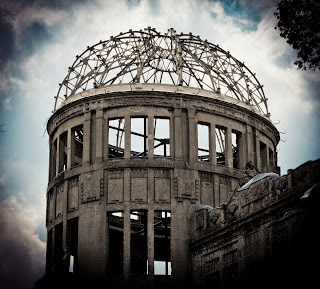 What struck me first was quite how well developed the main town is considering its comparative youth. Other than in the Peace Park by the river, there are no apparent signs remaining of the city’s destruction and it is a quiet but thriving city. 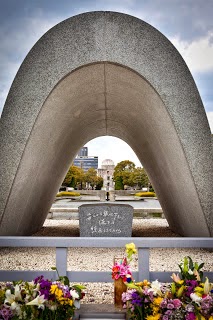 As we wandered arond the children’s peace monument looking at the strings of brightly coloured origami birds of peace sent to Hiroshima from children’s schools all around Japan, a visiting group of children assembled into a group and began to sing first in unison before building into a crescendo of three part harmony. Their sweetness and innocence contrasted so poignantly with the horror of what had happened before. Even cynical old me may have shed a tear. Like the use of poppies in the UK to mark Remembrance Day, the little origami birds of peace are a pretty way to teach children about the ills of war and also to never forget but look forward. 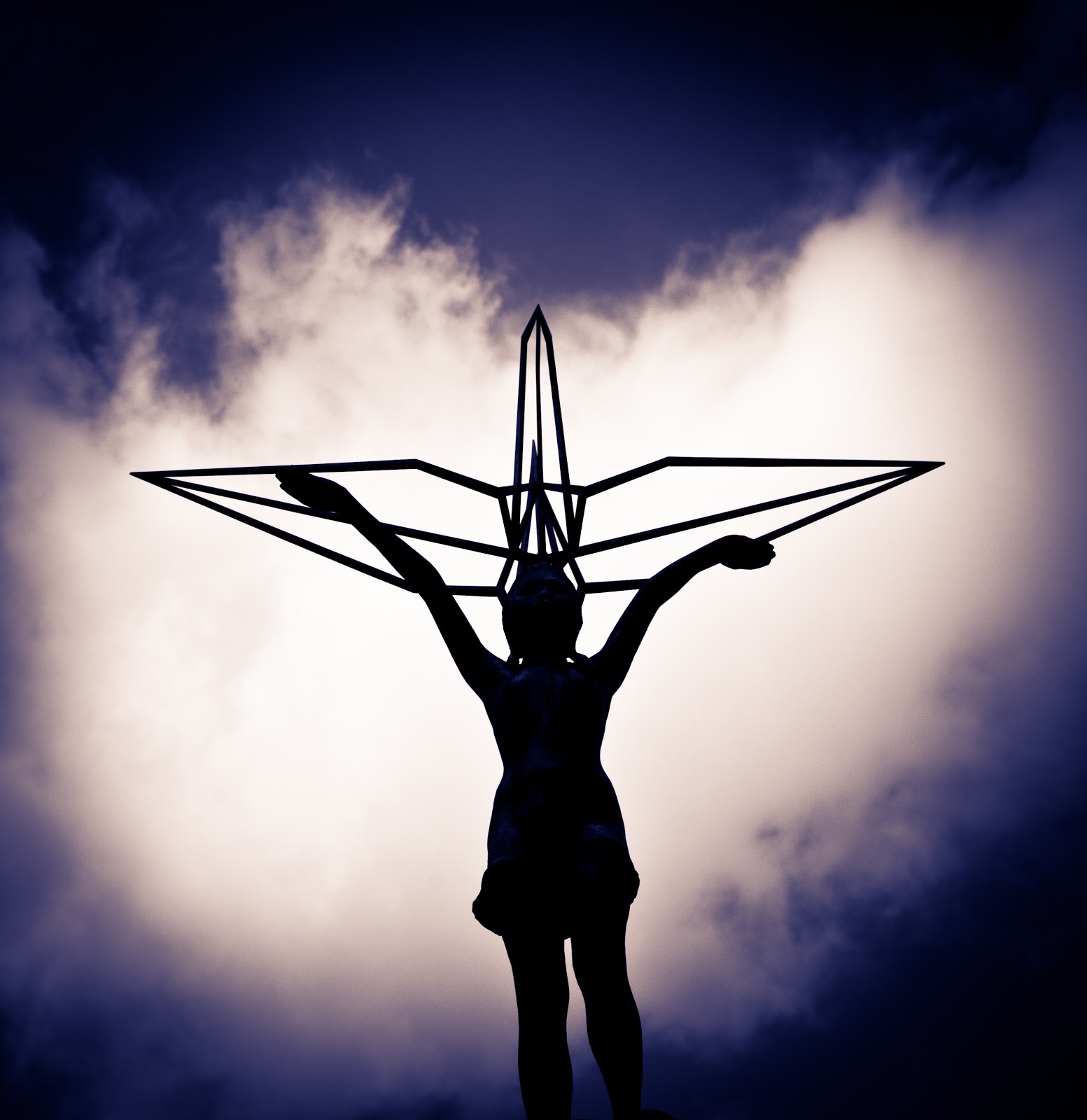 Visiting schools leave chains of little coloured birds that they have made back in the classroom which are then subsequently displayed in glass cases surrounding the children’s monument. 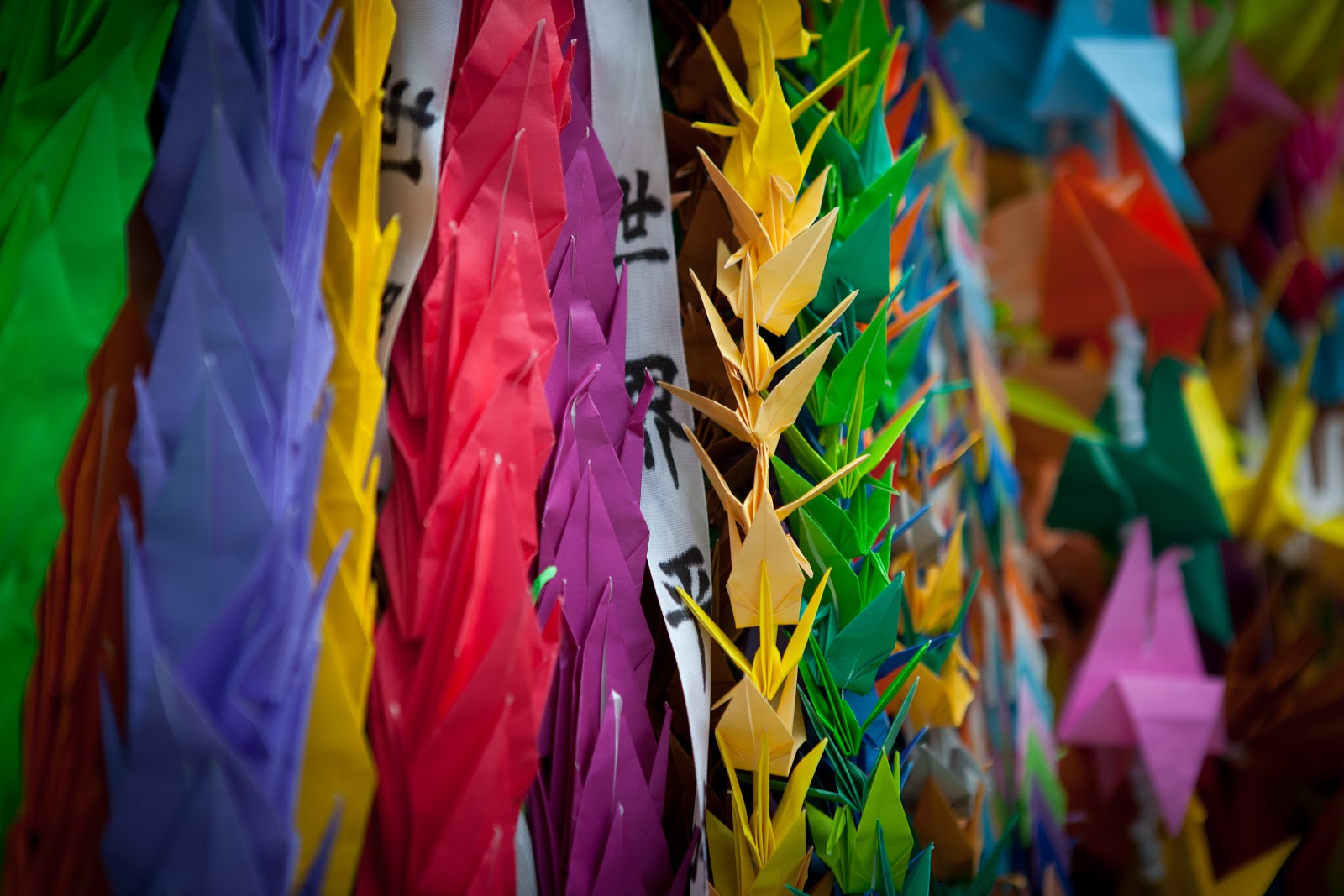 After a morning spent reflecting in the Peace Park in biting winds we needed both heat and sustenance and in Hiroshima there is no better place to get local food than Okonomimura, a multistorey building in the Shintenchi district packed to the rafters with small oknomiyaki outlets offering different versions where you follow your nose until you find one that you particularly like.  Its origins lie in many family owned street food stalls who all grouped together into one building; like a sort of old Japanese version of Hawker House. Although they all serve okonomiyaki there are lots of variations on a theme, some offer buckwheat pancakes, some are vegetarian or specialise in seafood- you have to browse to find the right one for you. This is the true origin of the dish; “okonomi” meaning “whatever you like” and “yaki” meaning “cooked”. The primary difference between the okonomiyaki of Hiroshima versus that of Osaka is that in Osaka the ingredients are mixed together before cooking, more in the style of a giant omelette whereas in Hiroshima they start with the egg before layering vegetables, noodles and other options such as squid, shrimp, chicken or cheese on top. 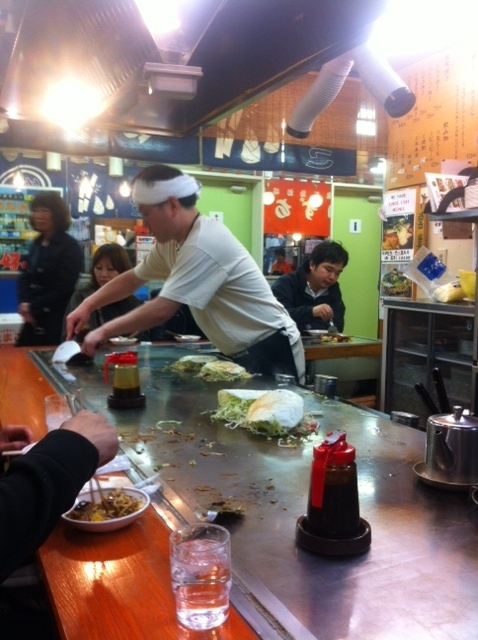 Upon taking a seat at the counter surrounding the hot plate you are issued with what looks like a plastering or polyfilla blade. The dish is layered up in front of you on the sizzling griddle; onions then egg, then cheese and noodles. Last of all is the rich, brown, tangy traditional okonmiyaki sauce and a creamy sauce. 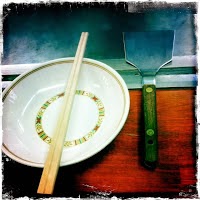 Its not the most sophisticated dish in the world and its a messy, hot business eating it as you are hovering over a sizzling hot plate but its about as tasty and filling as you can get for the price and well worth the experience. 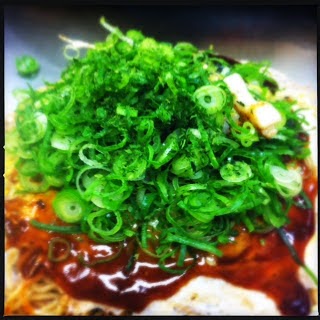