Other people get homesick when they are abroad and seek out places and food that remind them of home, perhaps explaining the ubiquity of the ‘all day breakfast’ on the Costa Del Sol or the incessant Brit tourist quest for a “nice cup of tea- with ‘proper’ milk“. 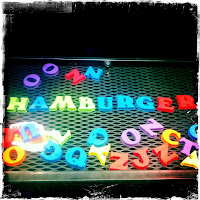 I, on the other hand, mainly seem to get cravings for the food of the place I have just visited almost as soon as the wheels of the plane have touched down on the runway at Terminal 5. This explains why I’m beating a path to MEATmarket only 2 days after returning from a work trip to Philadelphia and North Carolina (separate posts on that coming soon). After a week of Philly cheesesteaks, cheese whizz fries, ribs and sliders I want greasy, salty, American food and I want it NOW. 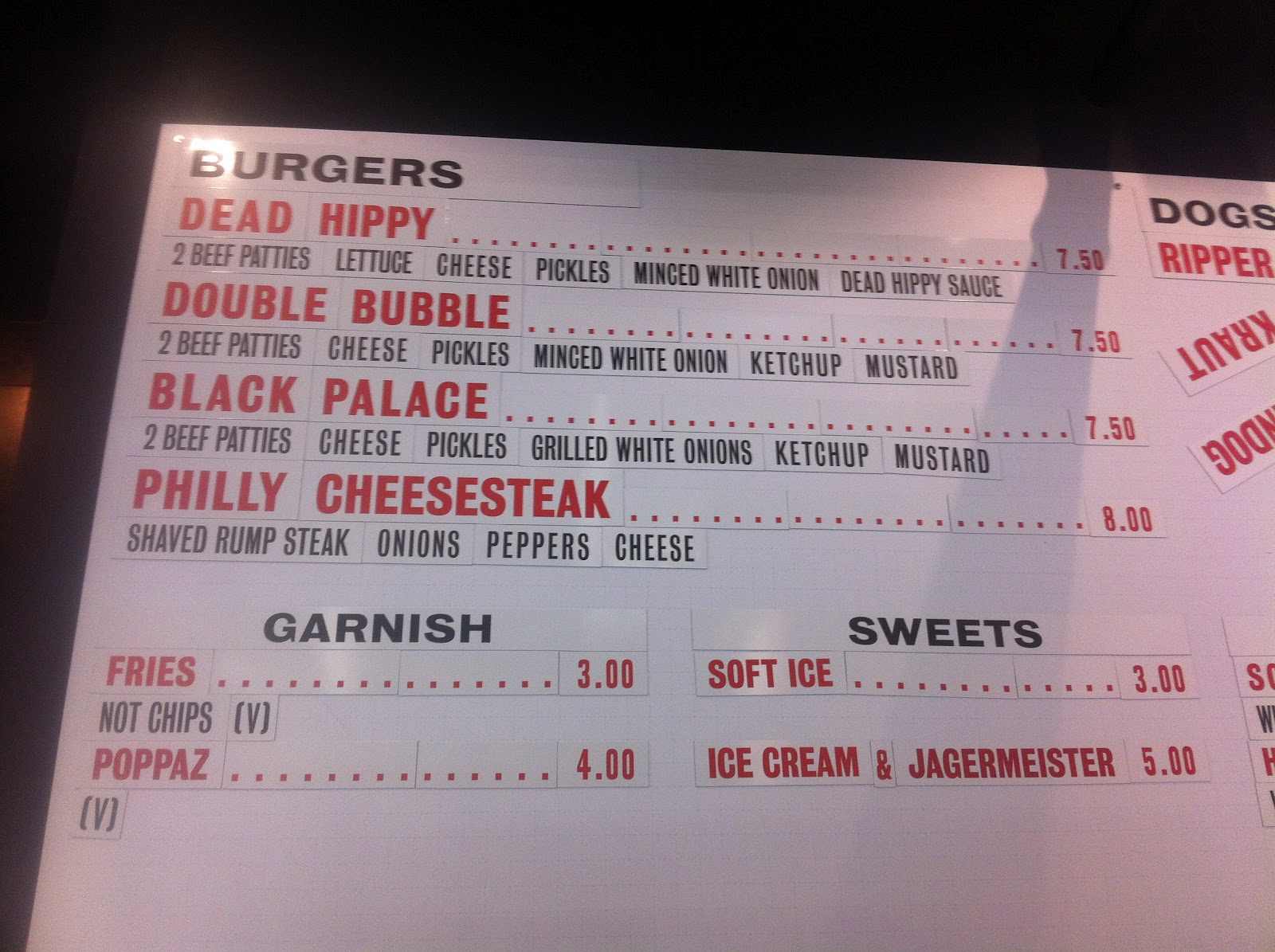 MEATmarket is the new little sibling of much adulated MEATliquor and is located in the Jubilee Market on Tavistock Street just off Covent Garden. Initially a bit tricky to find and SO not what you’re expecting when you climb up the windy staircase above the shabby old market below. 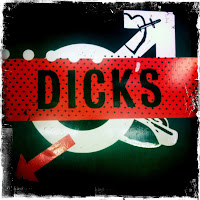 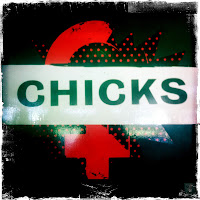 Essentially its a funny old location on a balcony overlooking the market space below shielded only very slightly from the outside world by the nets and spikes designed to keep the pigeons from taking up residence. I have no idea what the stall holders selling victorian policemen’s whistles and tarnished old military medals must think of the upstart burger bar blaring out hardcore dance music above their heads. Or what they think of the innuendo ridden neon signs with provocative Twitter accounts (here’s hoping that @watchbeatmymeat starts sending out tweets soon..). As for what Pete of “Petes Cafe” on the ground floor (£2.95 for a hotdog and a drink) thinks of the pricing policy, who knows since at £7.50 for a burger we’re on a whole different fast food level. Clever though as I can’t think of a better way of getting a West End restaurant location for what must have been a comparatively cheap rent whilst also maintaining the quirky, industrial decor that fits with the food. 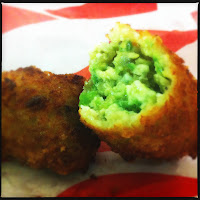 Upon ordering at the bar from one of the impossibly young, cool and enthusiastic staff, you leave your name and are called when food is ready. A fine dining experience it is not but, by god, is it good!
Popperz are a just-hot-enough-not-to-blow-your-head-off-but-hot-enough-to-make-your-mouth-sing concoction of jalapeno pepper and cheese moshed up (yes that’s a technical term) then deep fried. Yum. But make sure you have a cold drink standing by to take off the burn. 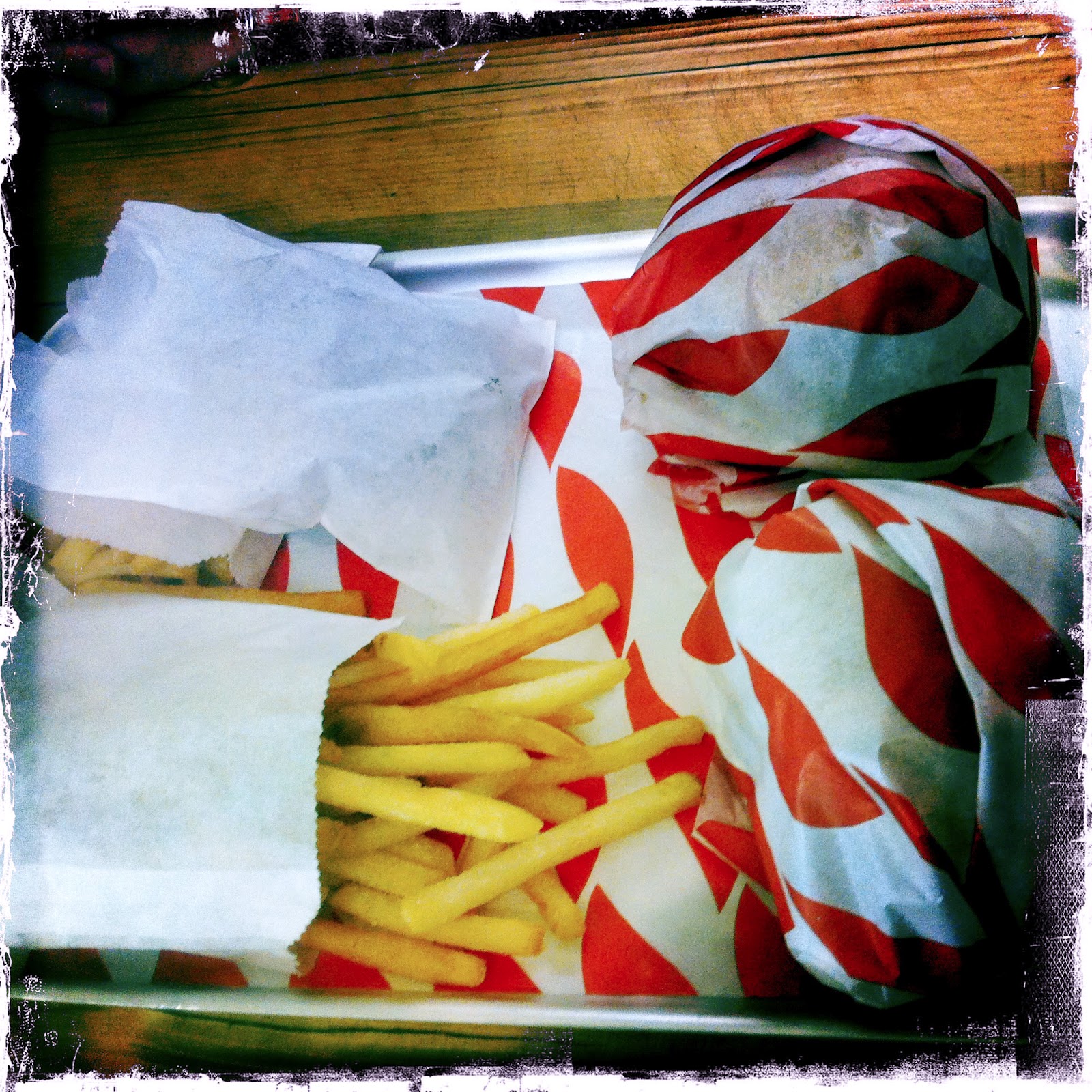 Fries are cut thin(and, if I dare use the name in the same post as MEATMarket) McDonalds style and are super salty.
So onto the main event. The burger. As an advance warning whatever you do don’t wear dry clean only. You will end up with sauce, cheese and pure oozing burger grease everywhere and you will love every minute. This is a down and dirty burger joint in the truest sense and sometimes dirty just feels good.

I went for a dead hippy with no lettuce (green stuff with some potential of nutritious value in it, in MY burger? You’re having a laugh….)Two big, fat, moist patties of beef with cheese, dead hippy sauce (a yellowy, tangy sauce with unknown but delicious ingredients.
The pickles were really beautifully sweet and crunchy, none of the lip puckering, eye-narrowing sourness that you sometimes get from a burger pickle. 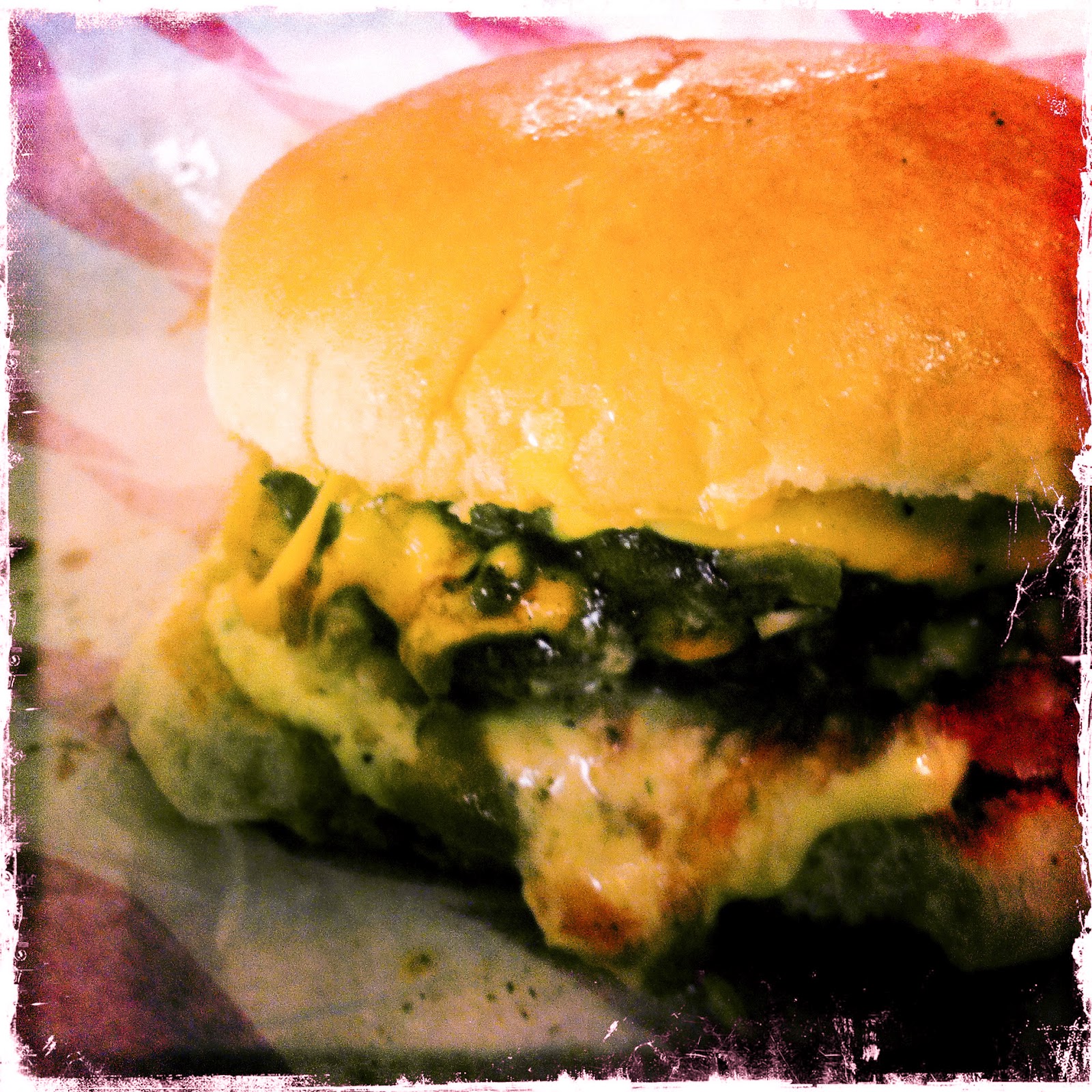 The Black Palace was, for me, the winner. On the board menu it differed only in onion content from the other burgers. The BP’s onions were sweet, mulchy, caramelised onions rather than the lesser cooked minced onion siblings found in the other burgers. Traditional ketchup and mustard sealed the deal and resulted in much running of filling down my chin.
I’m not usually a milkshake kind of a gal but when the shake in question is served ‘hard’ its one temptation too far. ‘Hard’ in this case was lashings of bourbon and maple syrup although almost as tempting was the chocolate and chocolate liqueur option (and there was something involving vanilla but in all honesty I switched off straight after hearing maple bourbon). At a fiver it was worth every penny. 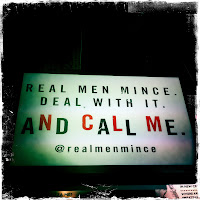 I’m going back for the Philly cheesesteak and next time I’m taking a bib. If I were a pigeon I would sod the spikes and netting and be onto that balcony faster than you can say “Dead hippy and fries“.