I hadn’t meant to go to Meson Don Felipe on a rainy Saturday lunchtime, my intention had been to go to a cheese and wine festival on the Southbank but on arrival I found Lebanese shwarma, the ubiquitous burger, ice cream and various other foodstuffs but not so much in the way of either cheese or wine sadly. Add intermittent drizzle to the mix and it was game over for the wine festival. Cue a wander down The Cut with P and we found our way to Meson Don Felipe (MDF). 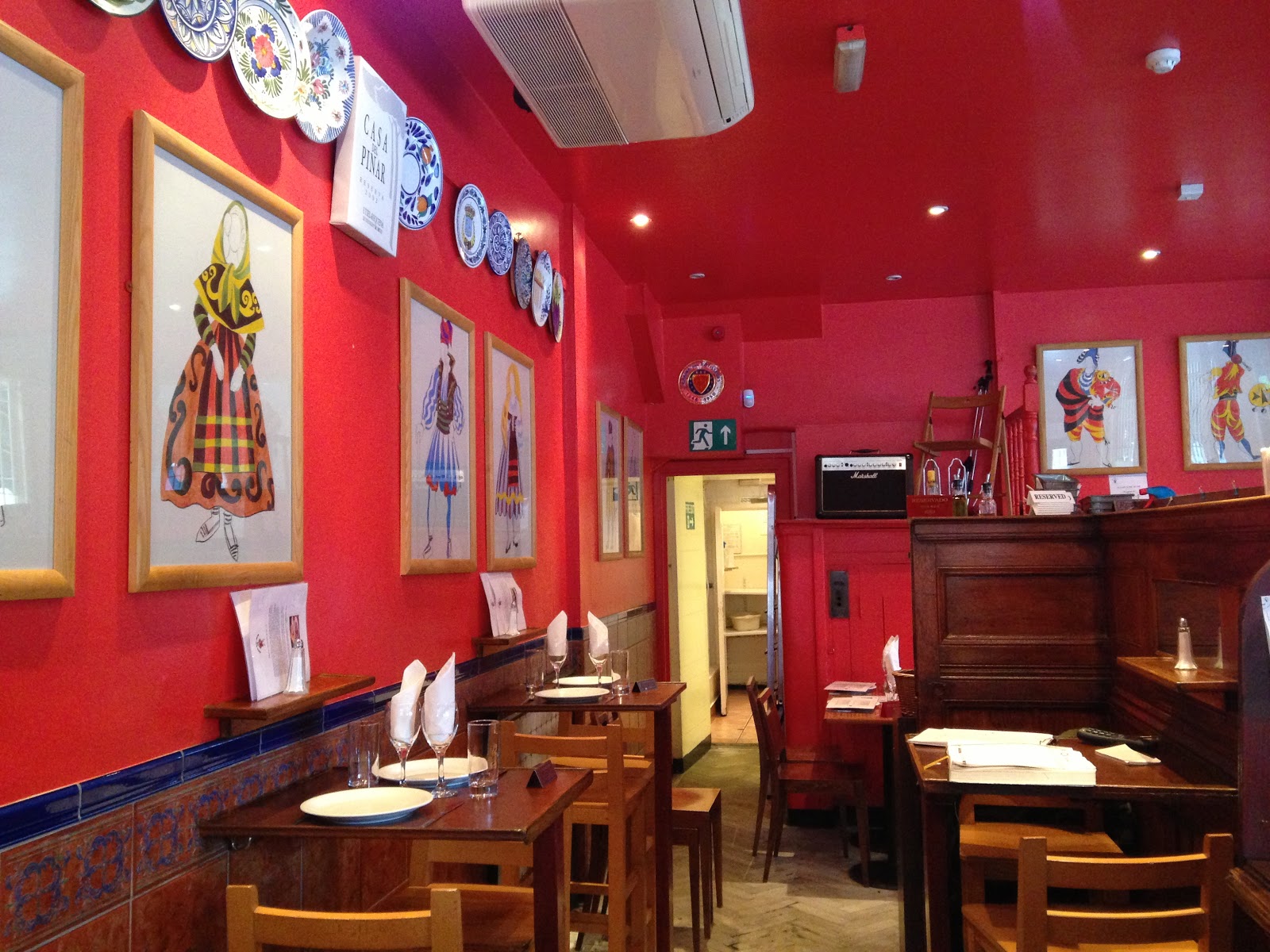 The restaurant was reputedly founded in 1897 and has been offering tapas since before any of the rest of London had ever even heard the term ‘tapas’ let alone bastardised it to fit various other types of cuisine.

I have been several times before over the years and always had a great  evening both in terms of atmosphere and food. Decor is probably as close to a traditional Barcelona tapas bar as you are ever going to find in London. There is nothing trendy or themed about this place, it is Spanish through and through with no pretensions. Art on the walls and ceramic tiles surrounding the room are unmistakably Spanish.  Rustic wooden furniture and bar and a ladder to a small platform mounted by an amp which is often home to an elderly guitarist playing traditional Spanish music. There is nothing swanky about it, its just honest genuine good food in relaxed surroundings. Great first date location, nothing OTT. 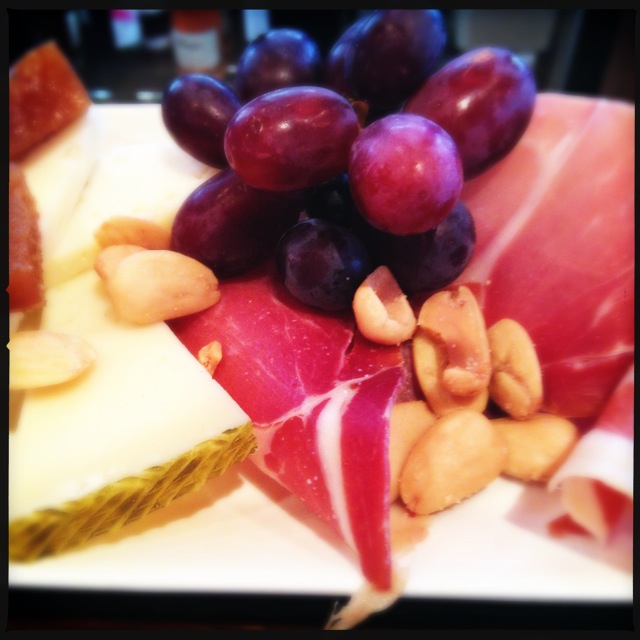 
This place is, frankly, what La Tasca is aiming to be except they can’t make new surroundings look and old and you certainly can’t recreate a one off as a chain, it loses something in translation.

All that said, I’m sad to say that on this occasion it wasn’t great. Nothing to do with the food that was as good as usual. We took a seat at the bar and set about ordering. There was one other pair at a table on the other side of the room and bar that, the whole place was deserted. Two couples came in tried to get a table but were put off by gruff staff and wandered back out. A more persistent group of four came in from the rain at 3.30pm and asked for a table in the near desolate restaurant. They were extremely reluctantly offered one but “only if you can promise to be gone by 7pm“. How much tapas would four people have to eat to manage to stay there for nearly three and a half hours? I understand the need to ensure tables are ready and available for fixed bookings but it was a bit ridiculous.  Couple this with the overwhelming aroma of bleach that the staff were using to the clean the bar and it wasn’t the most welcoming atomsphere. In all honesty, it was rather clear that all 8 patrons were an irritant. If you don’t want custom between lunch and dinner then don’t stay open. I do think that this was very much to do with the time of day though and would still recommend an evening visit. 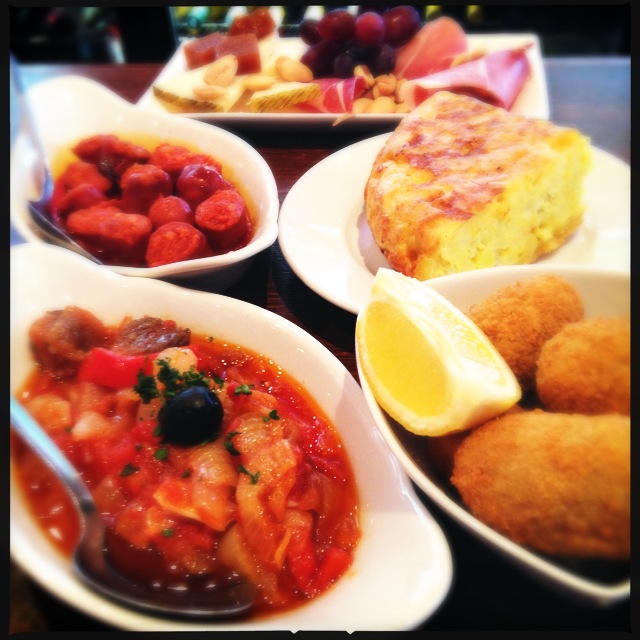 The wine list is, of course, unmistakably Spanish, rioja and other tempranillo based wines understandably dominate. We had a bottle of rioja around the £23 mark and it hit the spot on a rainy day, the warmth of the Spanish sun shining through the fruit with gentle oak and a little tobacco providing interest and complexity.  MDF apparently own a Valencian vineyard so I’d be keen to try that next time.

I am a croqueta addict, I love the things, ideally with ham or prawn. The ones at Meson Don Felipe are chicken but still tasty and properly squidgy in the middle with a crisp, breadcrumby batter on the outside. A squeeze of lemon and I’m in Catalan heaven.


Escalivada can be chosen either hot or cold. It being all grim and non summery outside we went hot. Soft slivers of smoky roast peppers cuddle up to aubergine and tomato in a shiny coating of olive oil.

Would I go back? Yes, but only at night.