Shrimpy’s is located a little way off the main thrust of the new Kings Cross complex and about a five to ten minute walk down York Road away from the station. Just as you’re wondering whether you’ve missed the turn off, the neon lights of the “Filling Station’ appear and you hang a left into what must until comparatively recently have been industrial wasteland alongside the canal. The rejuvenation of the station must have done wonders for the canalside too, I can fully imagine it used to be home to upturned shopping trolleys. The building itself used to be a BP garage the husk of which is still apparent from the flat roof over the outside grill. To this shell, however, has been added a frame of corrugated wiggles that light up once the sun has gone down.


The majority of clientele are painfully fashionable hipster types populated with the earnest young staff of the neighbouring Guardian/Observer building but I didn’t feel as self conscious as I used to in Hoxton a decade ago when it was the epitome of cool.  It would be fair to say that Kings Cross has undergone nothing short of a miracle renaissance over the last couple of years progressing from somewhere that you went to only for the Eurostar to a dining destination. Its not quite there yet, the area around the station itself is still a building site, but the addition of places like Grain Store and Shrimpy’s are all good news. Next summer its going to rock.

I’ve got to start by highlighting that I’ve only been to the outdoor grill and not to the fancier indoor restaurant, I’d like to have tried dishes like the soft shell crab burger and prawn fritters with green chilli and lime inside but unfortunately we were out of luck on the table front (unlike much of hip London they do take reservations indoors). Both indoors and outdoors are a novel spin on Mexican street and beach food unlike anywhere else I’ve been to in London. To ensure a table space at the outdoor grill area on a reasonably warm evening you need to be there by 6pm latest.

Drinks are limited to a selection of whats on tap plus a couple of wines so the full range consisted of Bitburger beer (£4 a pint or £2.50 a half) , Hogan’s cider, red & white wine (£4), the margarita of the day (pineapple and coconut for me) and prosecco (£5 each). 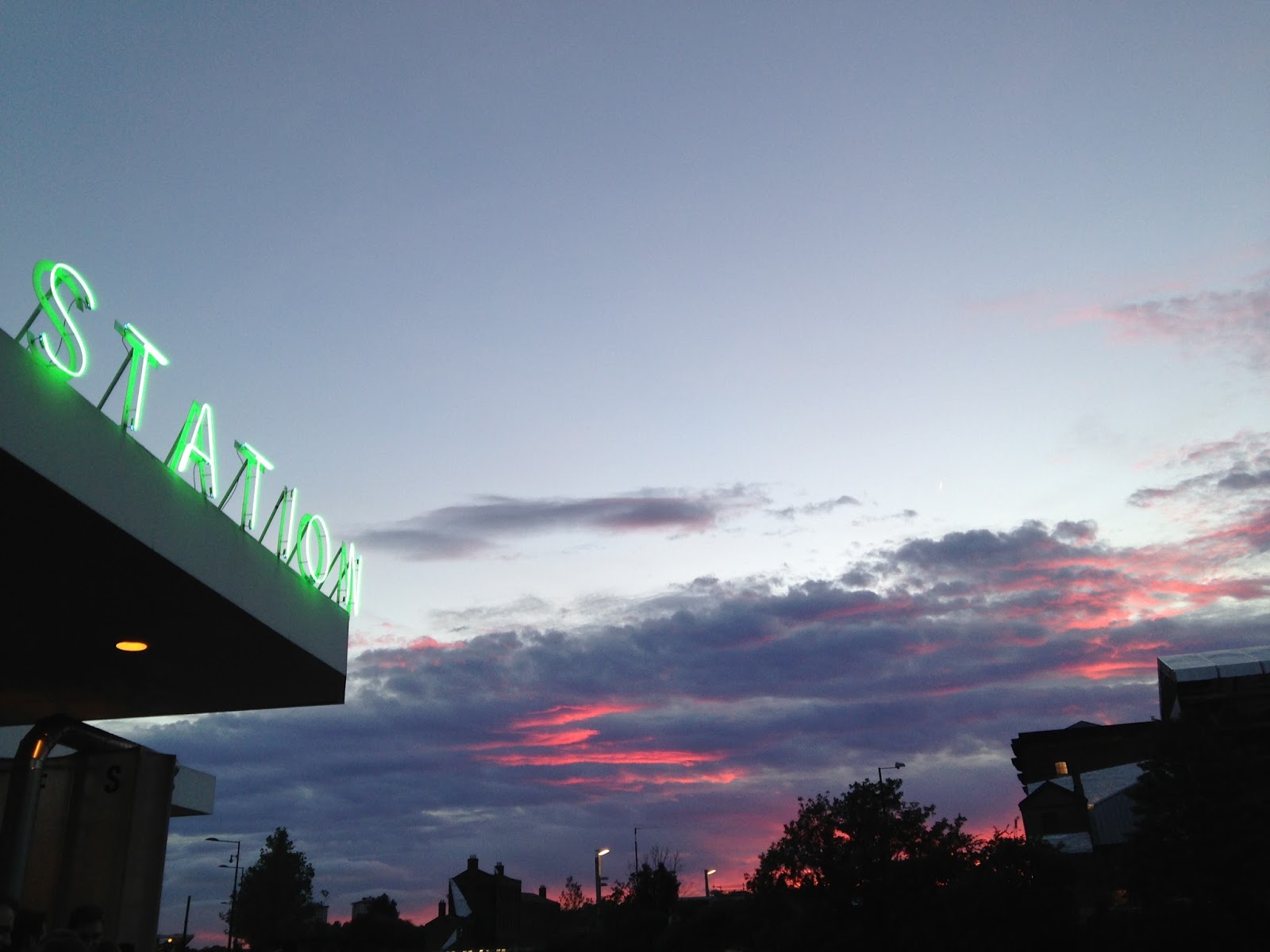 I got a little caught out by the menu. Like so many places they have simplified it down to single ingredients so when I ordered ‘barbecued pork belly’ and some smoked ‘aubergine, caramelised onion provoleta’ I assumed they were tapas style dishes but no they were ruddy great sandwiches (or ‘tortas’ as they’re known), not that I’m complaining they were pretty good value at £7 and £6 each. Too much for me to eat alone but the guys sitting next to us left happy (and one of them is now even a vegetable convert who didn’t think he liked aubergine so they must have been good) The pork belly was shredded pulled pork style and mixed with a lightly vinegared red cabbage slaw and guacamole. The aubergine was roasted until soft and oily and cradled by the squidgy slick of melted cheese and onions. Whole husks of corn are thrown on the barbecue and come out super sweet so a bargain at £3. No pictures though, it was too dark by the time I got round to eating.

The one weird quirk is that you are not allowed to pay by cash. Yep, you read that right, hard currency bearing the queen’s head is not welcome at these premises! Card only. Sounds a bit dubious legally to me but just make sure you take some plastic with you.

In summary, its not fancy but its a great way to spend a sunny Friday evening pretending that you’re abroad by the waterside until a canal boat floats past and reminds you where you are!