A New England autumn road trip has been a long time in the planning. Combining the majority of my favourite things from great food and cool wildlife to beautiful landscapes (oh and tax free shopping), New England holds everything except top notch wine. You can kind of see where those pilgrims were coming from. The dark satanic mills of England versus a brave new world of whales, moose and cranberries. Or something like that.

So where better to start than following in the pilgrim footsteps by starting the road trip in Plymouth. Although from the driving rain and stiff wind on our first day I wouldn’t have blamed them if they had said “sod this we’re better off in Burnley” and turned on their heel or perhaps the cold, damp breeze felt familiar, who knows.  We dutifully visited the Mayflower and Plymouth Rock whilst getting soaked to the skin and building up an appetite (the rock is pretty small but the Mayflower is interesting and the town is really lovely – I just wished I’d seen it in the sun). 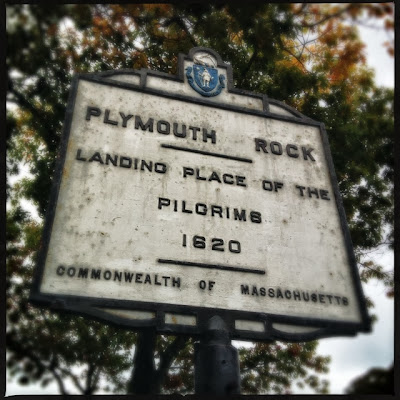 Its practically against the law to come to Plymouth and not sample some clam chowder. Can’t for the life of me remember its name rather unhelpfully but there is a rather downmarket looking equivalent of a fish and chip shop on the main road near the Mayflower. Don’t be put off by their exterior and the offerings of fried dough, their chowder rocks. Creamy and rich, with just a hint of seafood, at around $3 a cup its a bargain. Despite the many subsequent varieties of chowder we sampled over the next fortnight this one remained in my top three. 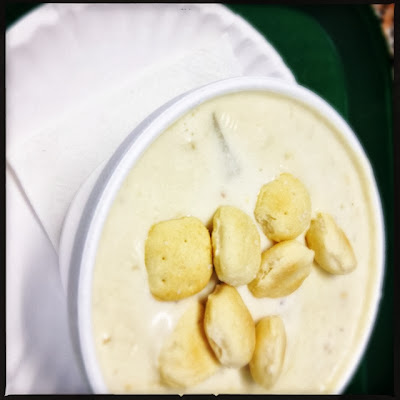 The rest of the morning was spent driving to a cranberry festival in Edaville, a rather disappointing event with a painfully twee train ride and a handful of fading fairground rides. You barely even saw a single cranberry. Singularly the best thing about it was a venue called Porky’s barbecue which ironically, considering the name, only sold chicken. But it was excellent  moist, smoky chicken with a fantastic honeyed spicy crust served from a hut right alongside the outdoor ‘cue. Served alongside it was a hulk of sweet, grainy cornbread and a buttered corn. Part of me can’t believe that I’m about to publicly admit this but I had never eaten corn on the cob before. Yup, its true, I broke my corn cherry in Massachusetts. A bad experience with some tinned sweetcorn a few years back had seemingly put me off corn for life but when in Rome and all that. Well it was a taste revelation! Before you could say “corn y’all” I had butter dripping off my chin and was sucking the sweet juice from the husk of the cob. It was divine. 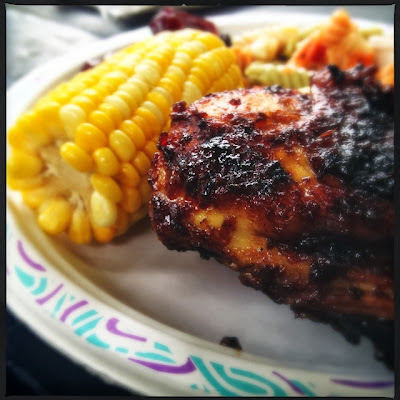 On the way back into town we did finally manage to find one of the fabled cranberry bogs mid harvest having just been flooded. Look how pretty it is! 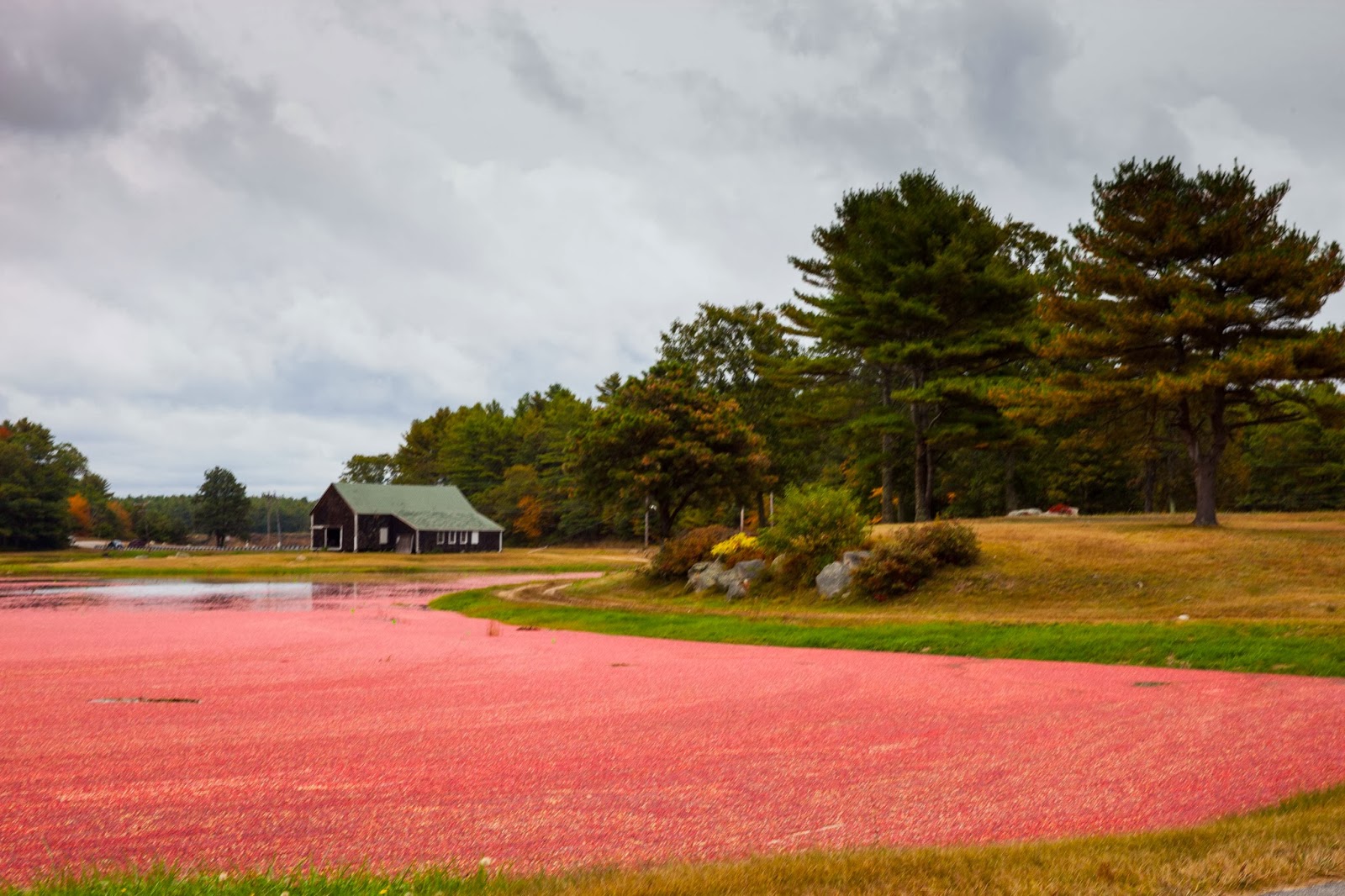 After an afternoon of listening to role playing ‘pilgrims’ with dubious English accents I had built up an appetite that only a gluttonous quantity of lobster could fix. 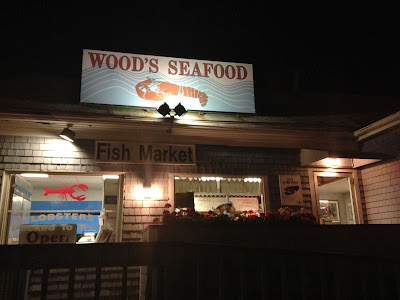 Woods Seafood is located on the seafront where lots of the boat cruises depart from. Unsurprisingly there are multiple seafood options but this one is 100% locally owned and also has a fresh fish counter for cooking at home. Its pretty rough and ready, pine panelled walls and vinyl table tops but super cheap. Once you’ve found yourself a table you queue up at the hatch and order your food. A $1 dollar deposit gets you a lobster cracker to get the most out of those bony suckers. 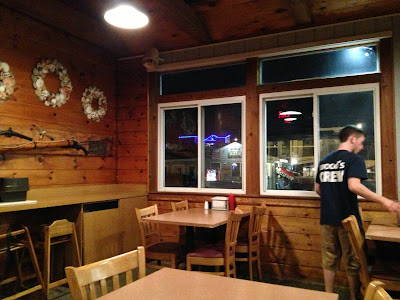 After a few minutes wait our number came up and it felt like winning the village fete raffle only with better prizes. In the UK crab cakes are usually at different stages along the spice scale from making your tongue tingle to blowing your taste buds away. It was pretty surprising therefore that these have no spice at all. That doesn’t mean they are lacking in the flavour department, in fact they were perfect; rich flakes of seasoned crab meat encased in a delicate golden crumb completely devoid of grease. 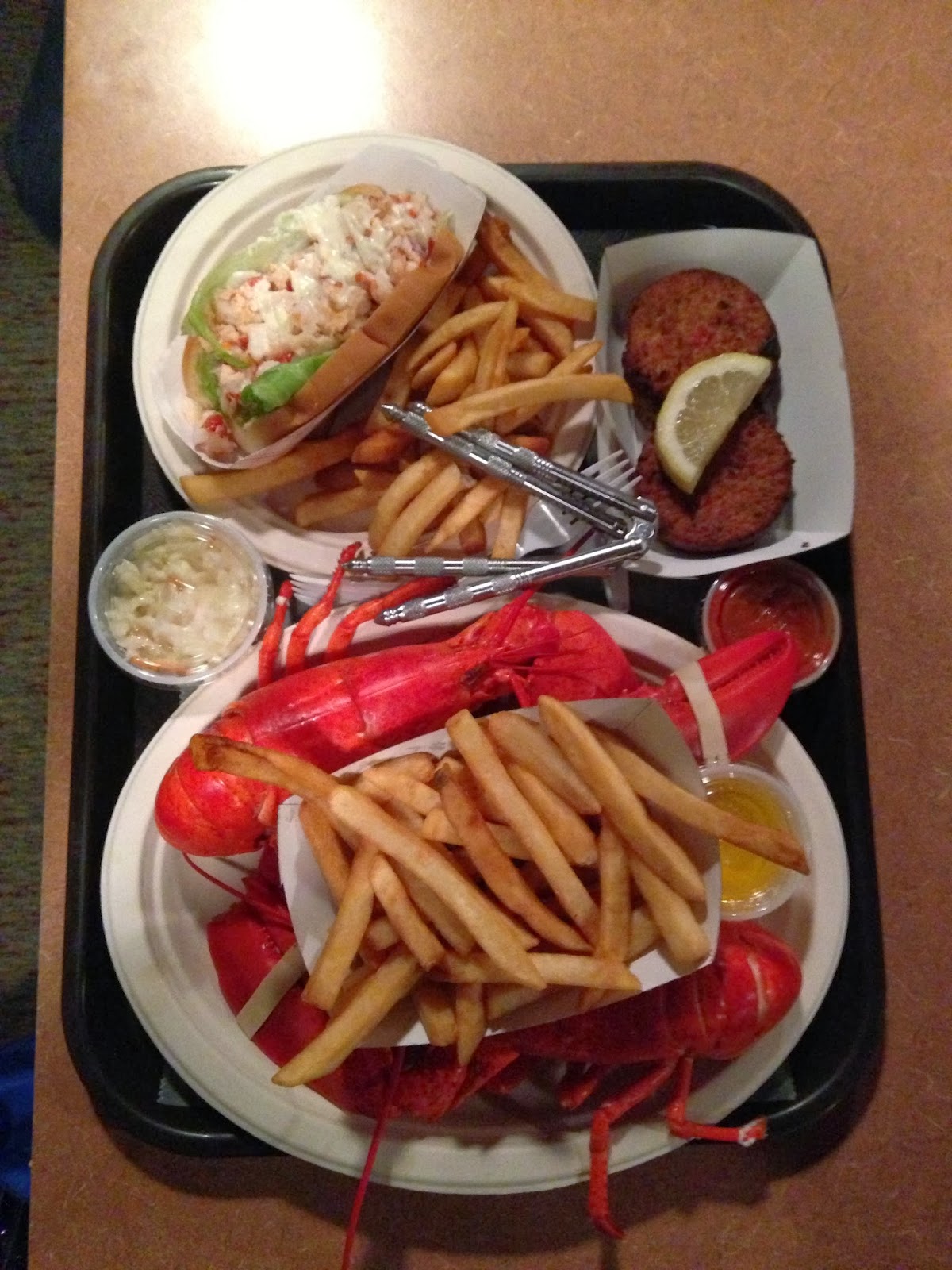 The lobsters were a good 1.5lb each and super juicy. So juicy in fact that they were still full of their poaching liquor. It made the dissection and eating a bit on the messy side but totally worth it. I understand that the New England tradition is to slurp that liquid right out of the carapace but I couldn’t do it. Maybe next time. Oh and whilst I’m raving about lobster the lobster roll was pretty good too…. 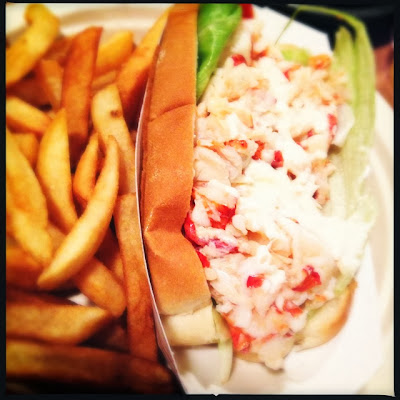 My only real regret was that at $3.75 each we didn’t order a portion each of the clam chowder and the lobster bisque to keep us going whilst the lobsters cooked. Still you can’t have it all. 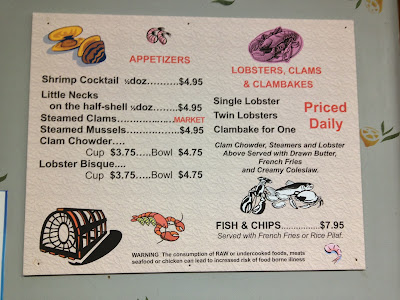 For a total of less than $50 we got through two lobsters, 2 crab cakes, a lobster roll, various side orders and 2 soft drinks. That can’t be bad value by anyone’s standards.


There is absolutely nothing elegant or sophisticated about Woods but it hits the spot if you’re looking for the freshest seafood straight off the boat at the best prices. 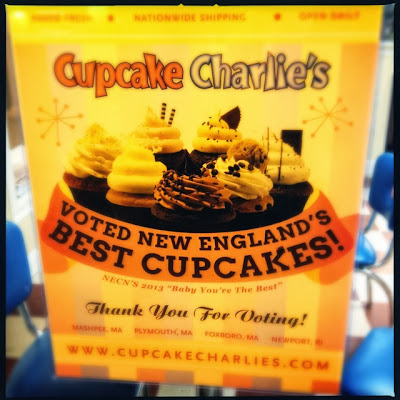 Despite the crustacean overdose the notion of some award winning cupcakes couldn’t be passed up. We stopped by Cupcake Charlies having heard lots of good things about it. We tried a few including a red velvet, a Twix caramel, and an M&M chocolate swirl. They weren’t bad but the cake itself was not very flavoursome it was all about the topping which was just too sweet for me. This was disappointing considering the build up as was the fact that the small town little bakery image that they portray was blown out of the water by lists of their other branches and the fact they are looking for new franchisees. 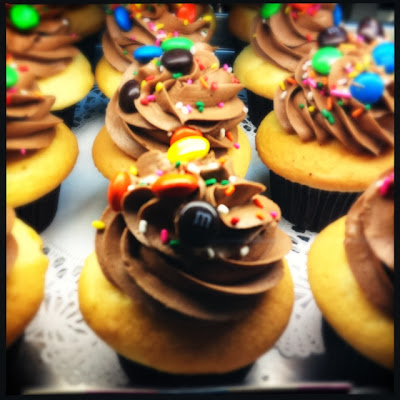 In summary Woods rocks and you should definitely hot foot it there pronto should you ever find yourself near Plymouth. Hell its so cheap you should drive 50 miles to get there. Cupcake Charlies? Give it a miss. Still, roll on the rest of New England, five more states to go…..