The front doorbell rang last night and I opened it to a bag of gin being proffered forth. If only all visitors were quite so obliging. My excitement was dampened slightly when told said gin was purchased on holiday in Spain. ‘Spain’ and ‘gin’ are not two words commonly partnered so I anticipated that a final few excess Euros had been disposed of in Malaga Duty Free and braced myself for the worst.

So often the local tipple tastes great when you’re sat next to a pool with a sunburnt nose and a belly full of paella but the reality on arriving home can be quite different. So many poor, deluded souls (myself amongst them) have returned to Blighty claiming they’ve found “the most delicious thing that you really must try” before foisting it off on unsuspecting  relatives who sip away with fixed smiles knowing the ensuing hangover will be dire. Either that or sadistic friends knowingly bring something completely god-awful to taunt you with. This is surely the only possible explanation for the presence of any Metaxa ever on British shores?

Back to the gin. My innate suspicion deepened when I looked at the label and it was called ‘Gin Mare’. “What as in ‘nightmare’?”  I asked? Well more fool me, as it turns out that intended meaning of the “Mare” in question is more “Mar” i.e. sea in Spanish, than any kind of nightmare. The bottle is classy, made from heavy, blue-tinted glass and  a base shaped like a wave. But its not all about the packaging of course. 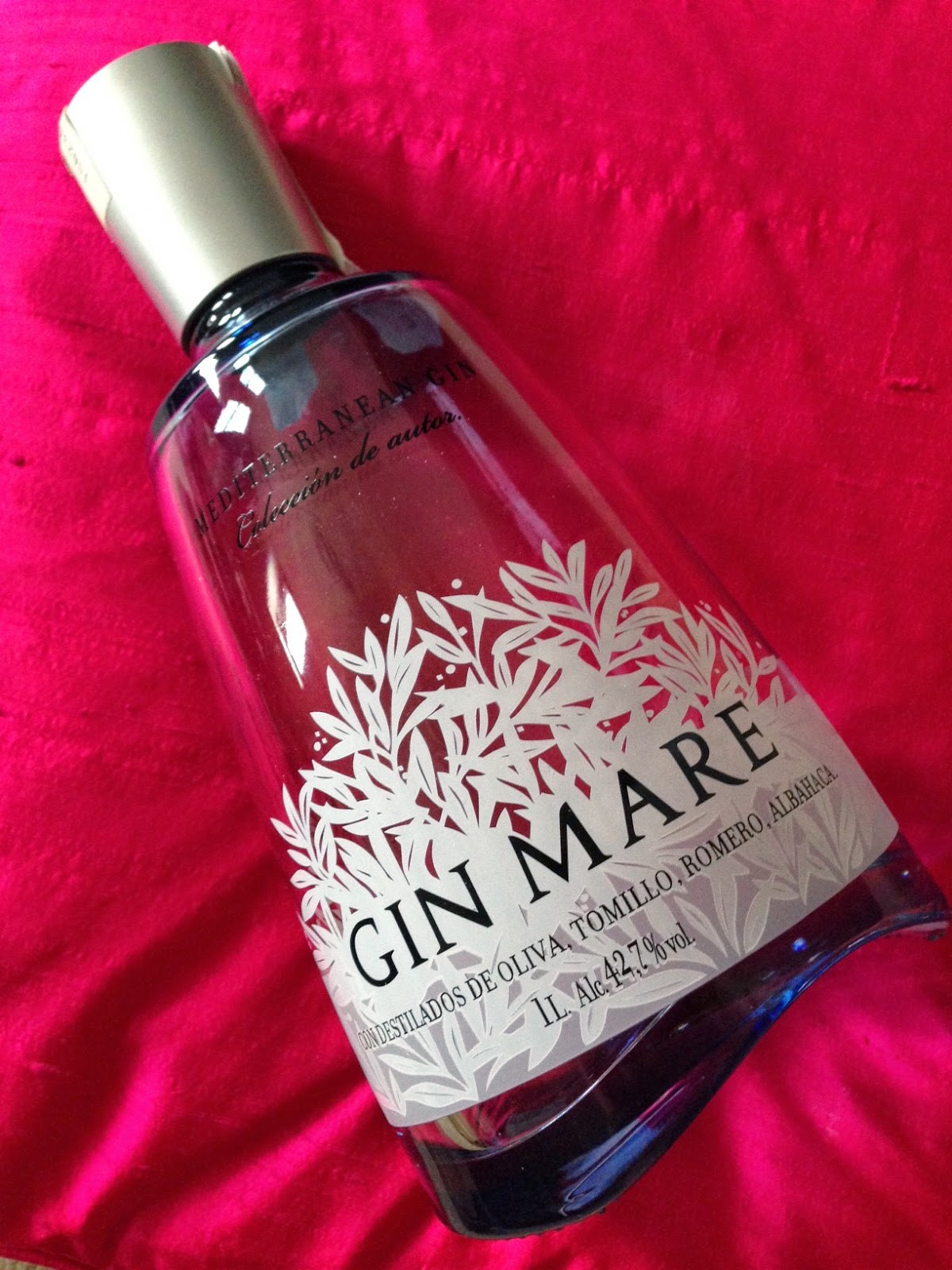 Sorry for the empty bottle in the photo. We drank it all.

On the nose the first thing that you get is a clear hit of black olive with a deep savoury character. On the palate, once the olive subsides a little, more subtle hints of rosemary come through accompanied by some basil. Of course the compulsory botanicals are in there; the juniper, the coriander seeds etc but they are very much background notes. This is an overwhelmingly savoury gin and is truly unlike any other that I’ve tasted. I’m a total heathen and can’t stand tonic (that sweet tooth strikes again) so I mixed it with lemonade instead – I can almost hear the chorus of disappointed sighs- but that lifted the very savoury element for me.

With the bottle empty we had to seek solace elsewhere. Carrying on the blue glass theme I dug out a bottle of Bombay Sapphire. I usually quite like Bombay Sapphire. Sure, its not the best gin on the market but its still quite a leap forward from a measure of Beefeater’s. It really does then show quite how good Gin Mare is that the Bombay tasted bland and rather flat.

So am I being mean and again taunting you with unobtainable delicacies? Not this time, although granted a premium drink like this doesn’t come cheap. There are places in the UK that stock it, one being Whisky Exchange online where it is £35 (and they have great customer service in my experience too). Slightly more accessible but a touch pricier is Waitrose at £38.25. If you’re in the market for some gin this summer (and lets face it, who isn’t?) do try it, I promise that its worth it!

Their website in English is here. Watch out if you’ve got your speakers turned up, its one of those sites that plays music at you. They can also be found on Twitter via @GinMare