After a couple of years of sticking to casual dining and gastropub openings and following a battering in the headlines about mass produced microwave style meals, Gordon Ramsay is back with a proper restaurant and I liked it very much. I wonder whether it is no coincidence that he has opened it practically on his own doorstep in Battersea. After all its a market he must know very well. The site on the corner of Battersea Square has been something of a curse for the last decade. Many moons ago it was All Bar One then it languished void for ages before Bentley’s moved in and redesigned the interior. That didn’t last long either leading to another long period of emptiness. Its a shame as its a great site overlooking the square and only a hop and a skip from the river but the problem is that it is huge inside.

Here’s hoping for Mr Ramsay that this one has some staying power – lord knows he could do with a success after a few years of bad news. Then again, it should succeed, it follows a very obvious template in the form of nearby Chez Bruce, a restaurant that the staff confirmed Ramsay frequents and somewhere that he took his core team in advance of London House opening. If it aint broke don’t fix it I guess. There is plenty of money in the area for a good quality classic restaurant and as its been full practically every night since opening without a big PR fanfare then it must be working. 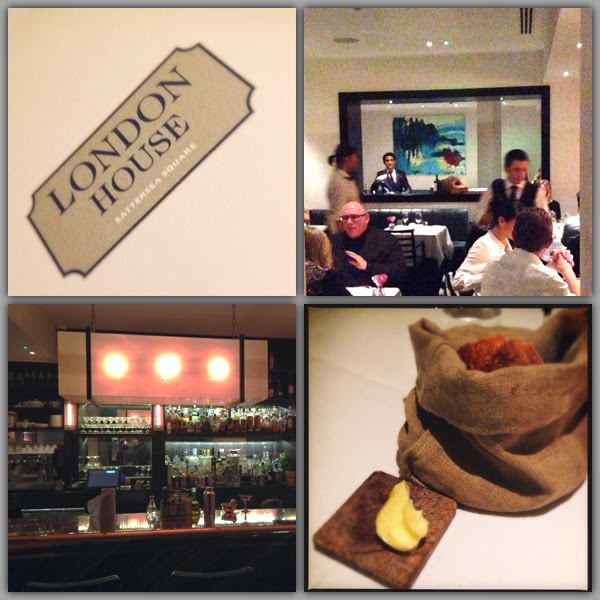 Bread and butter are a simple but effective yardstick of a good restaurant for me; attention to detail and all that. At London House warm soft brown bread comes served in a nifty little hessian mock flour sack with a hidden compartment of warm wheat to keep the bread warm. Butter is both salted and softened; full marks so far…

One of many parallels that you can draw between the Chez Bruce/La Trompette/Glasshouse etc stable of restaurants and London House establishes itself. They all follow the three course fixed price model (£35 in the evening and £28 at lunch) and offers a similar style of modern British cooking focused on local ingredients. Such a style is arguably more Phil/Bruce than it is Gordon. The strategy to emulate their template becomes clear when you see the resumes of Irish chef Anna Haugh Kelly (who worked at The Square) and restaurant manager Paul Halliwell who was formerly of both La Trompette and the Glasshouse in Kew.

Completely different, they can’t really be compared, as the broth is deeply savoury and flavoured and consommé clear; very well executed. The tortellini was filled with crab and scallop and soft as a pillow but a little over dominated by a pronounced lemon thyme flavour. 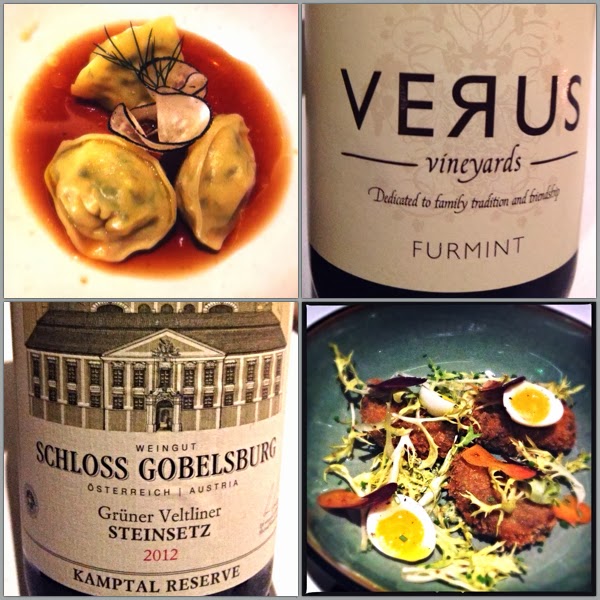 Saintsbury Chardonnay was an excellent foil for the inordinately good chicken wings- a creamy malolactic richness fought back against the grease and spice of the wing coating.

Pork head croquettes matched with Gruner Veltliner from Schloss Gobelsurg were a less winning combination. A nose of distinct pear drops and rather too much acidity on the palate left the wine feeling distinctly unbalanced even despite the fatty croquettes and rich quail egg yolks. 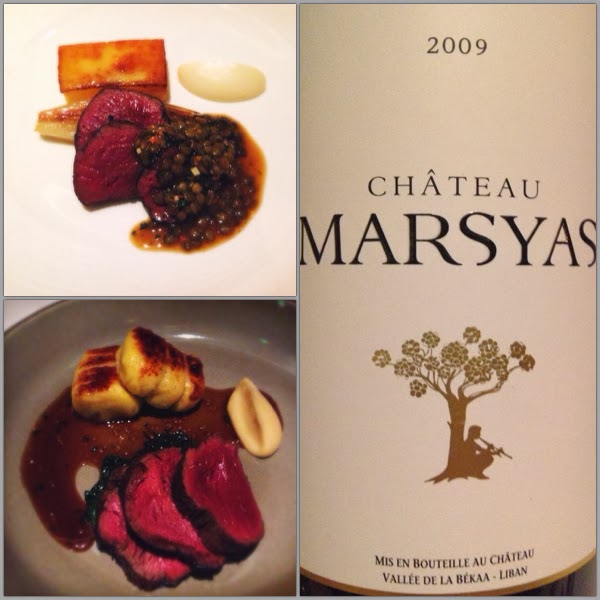 
Venison with braised puy lentils was equally well executed. A perfectly rectangular, buttery soft fondant potato nestled in the corner of the dish. The problem with such well fashioned dishes is that they leave you wanting more.


Perhaps the answer is that I’m just greedy (that wouldn’t come as any great surprise to many) but the main course portions – and in particular the venison- were a little on the small side. I didn’t leave hungry but I wasn’t exactly stuffed.

I have been increasingly keen on Lebanese red blends over the last few months so jumped on one I had never had before on the wine list. Lebanese Chateau Marsyas is more full bodied and powerful than other Bekaa Valley red blends like Musar and Ka with a heightened spiciness that worked well with all our dishes. 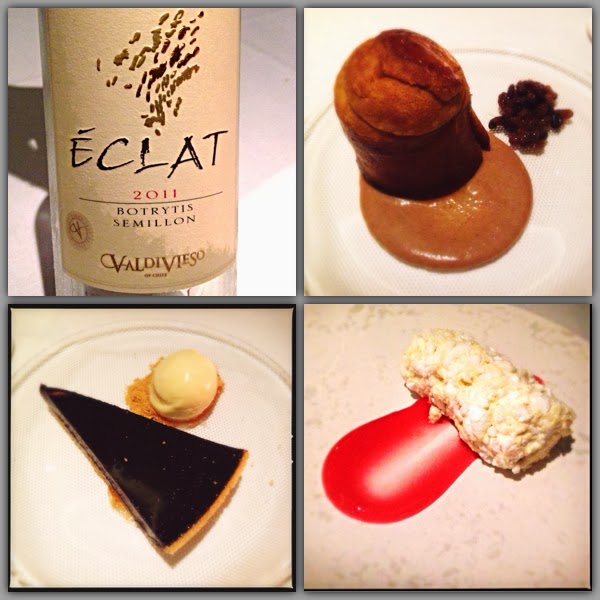 Rum baba was soaked in Havana 7 year old dark rum and served with boozy steeped raisins. I have never knowingly said no to a rum baba. It might not be the most complex of dishes but by god are they good when made well and this one was.


Chocolate tart served with jerusalem artichoke ice cream was as smooth and cloying as you might hope it to be but it was the Jerusalem artichoke ice cream that shone as the star of the dish and would definitely be copied in my kitchen if it wasn’t for the fact that I bet it is a real fiddle to make. It’s bad enough preparing an artichoke let alone then getting the intensity of flavour into an ice cream. I’m impressed.


Nougatine was well made with a nice sharp coulis but not my cup of tea when either rum or chocolate are on offer.

It was only on the way out that I noticed the bar. Its more of a lounge than a bar with a big open fire and fat welcoming sofas. The cocktail list is comprehensive and its definitely worth a visit regardless of whether you’re dining.


I hope very much that London House will become a neighbourhood favourite on what has been a tricky site for over a decade.