I don’t know about you but I am an expert people watcher. I get it from my mother. My brother calls it just plain nosey but I’d like to think I’m just super observant and good at taking in my surroundings. At least that’s what I call it.  Galle Face Green in Colombo is an excellent place to sharpen those well-honed people watching skills and is a fascinating snapshot into leisure time in Sri Lanka.

Dusk begins to fall and the Green gets busier and busier as parents finish work and bring their children to the shore.  The skyline becomes dotted with kites dancing in the breeze as people weave in and out, dodging competing kite strings and chasing their aerial toys. 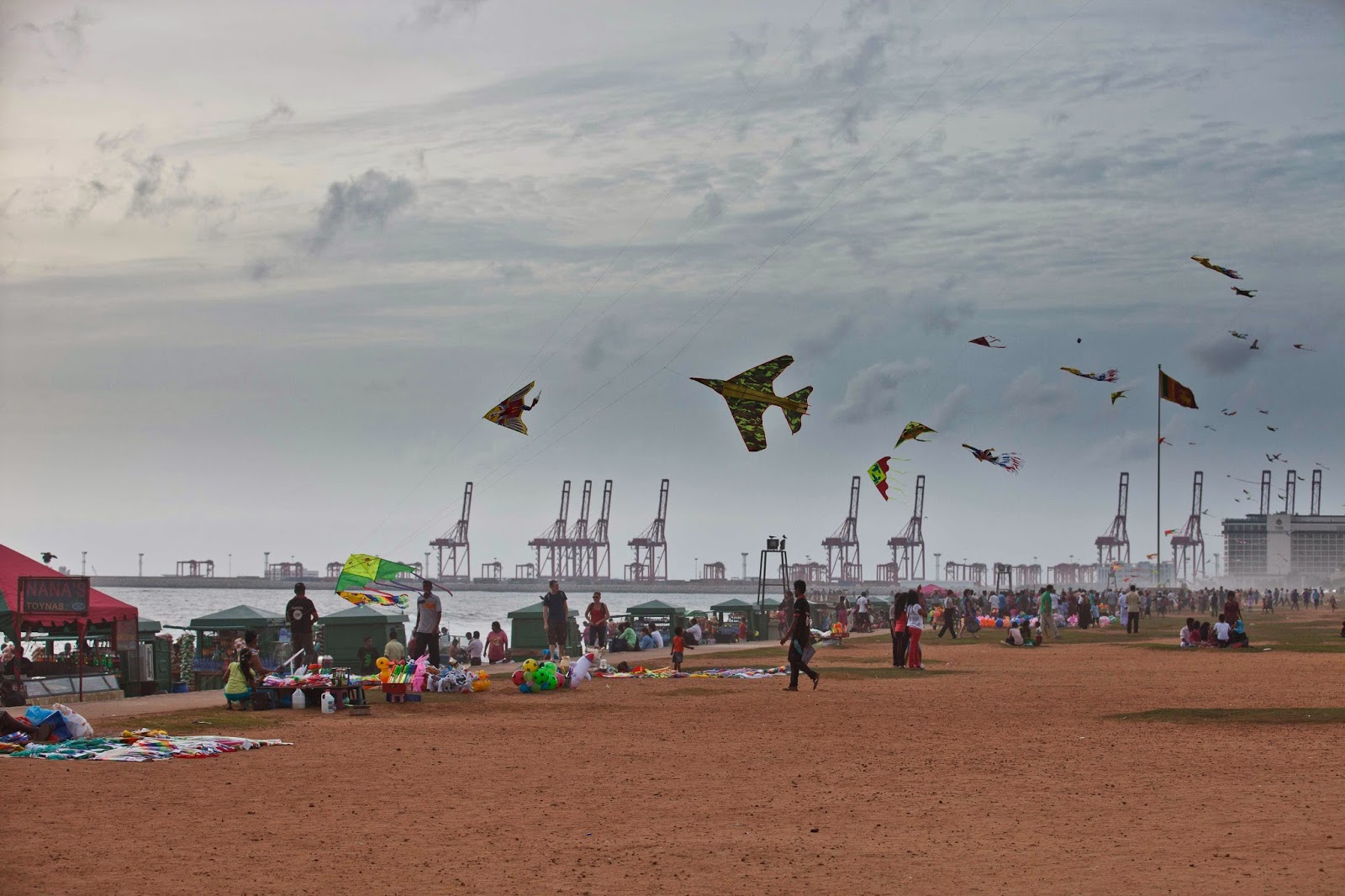 Whole families kick off their shoes and paddle in the foamy waves crashing onto the sand. 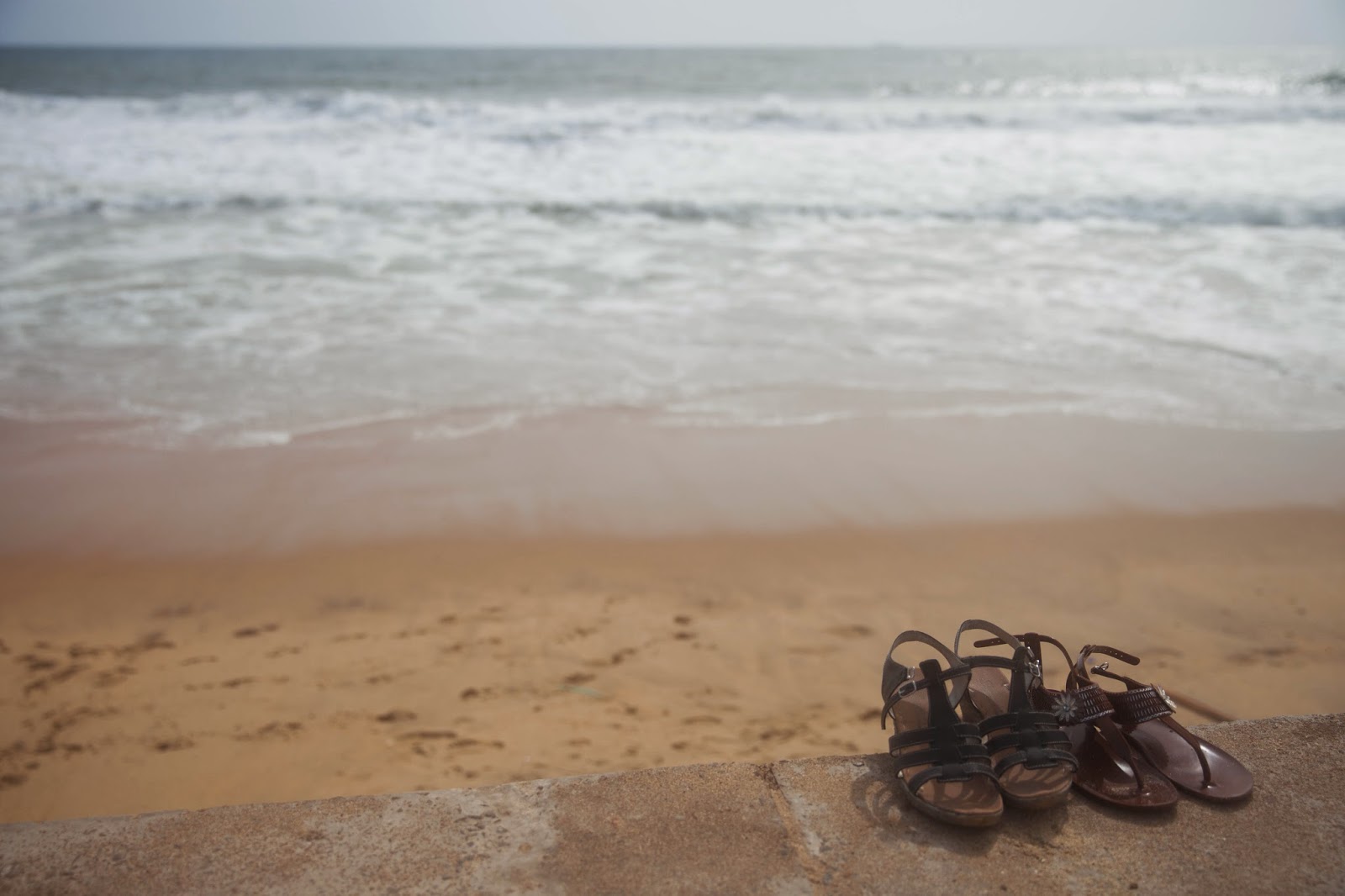 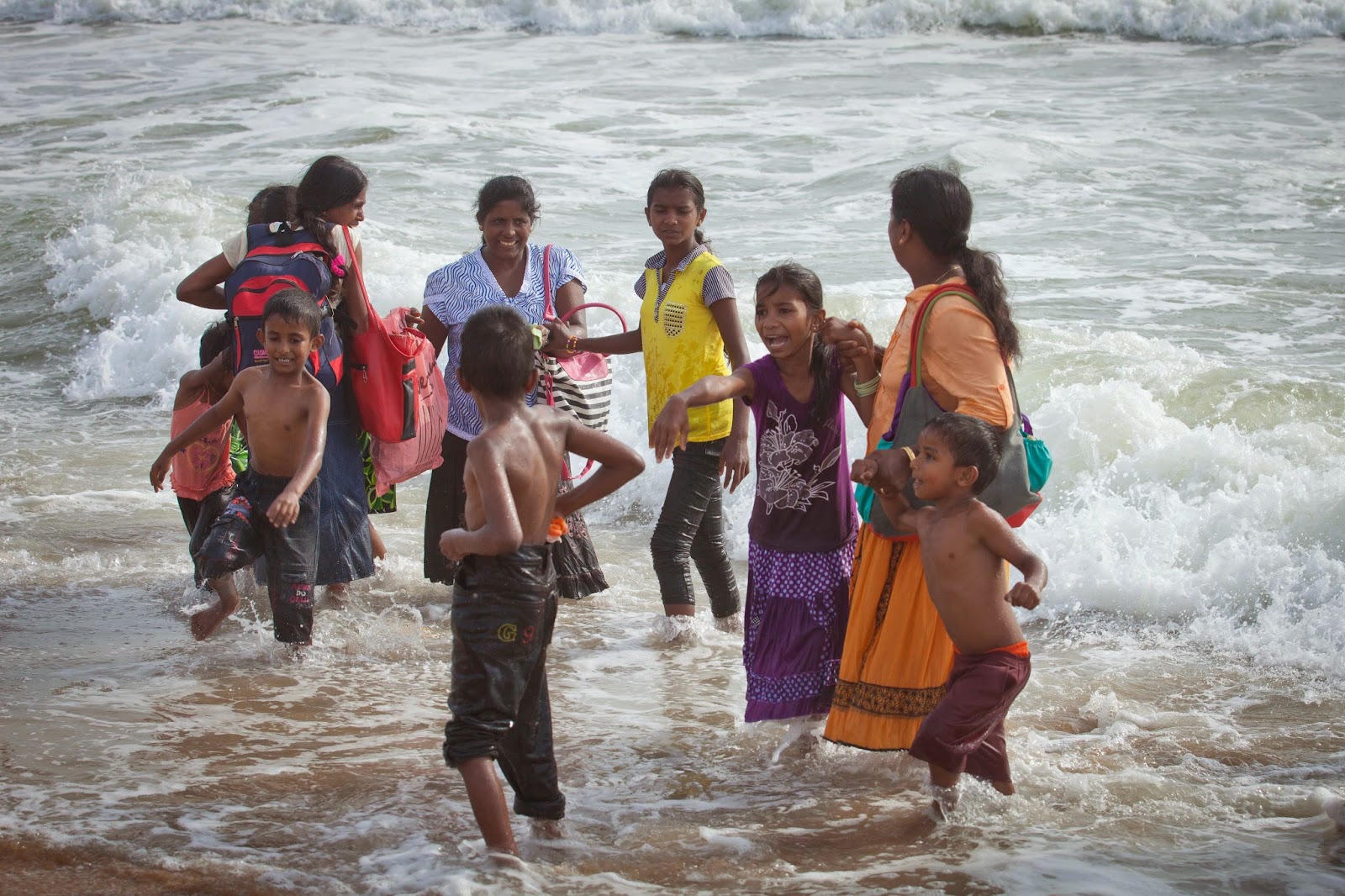 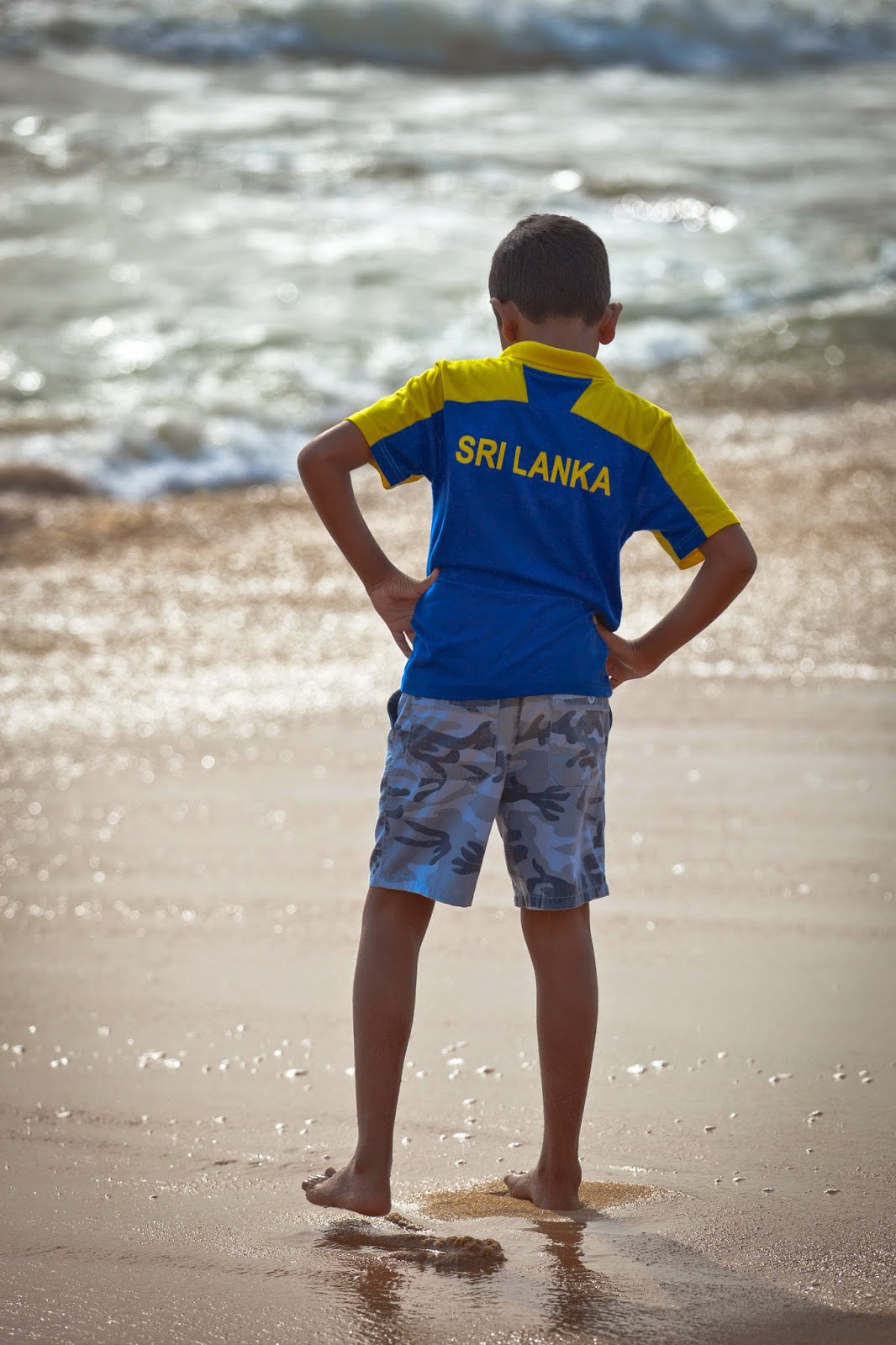 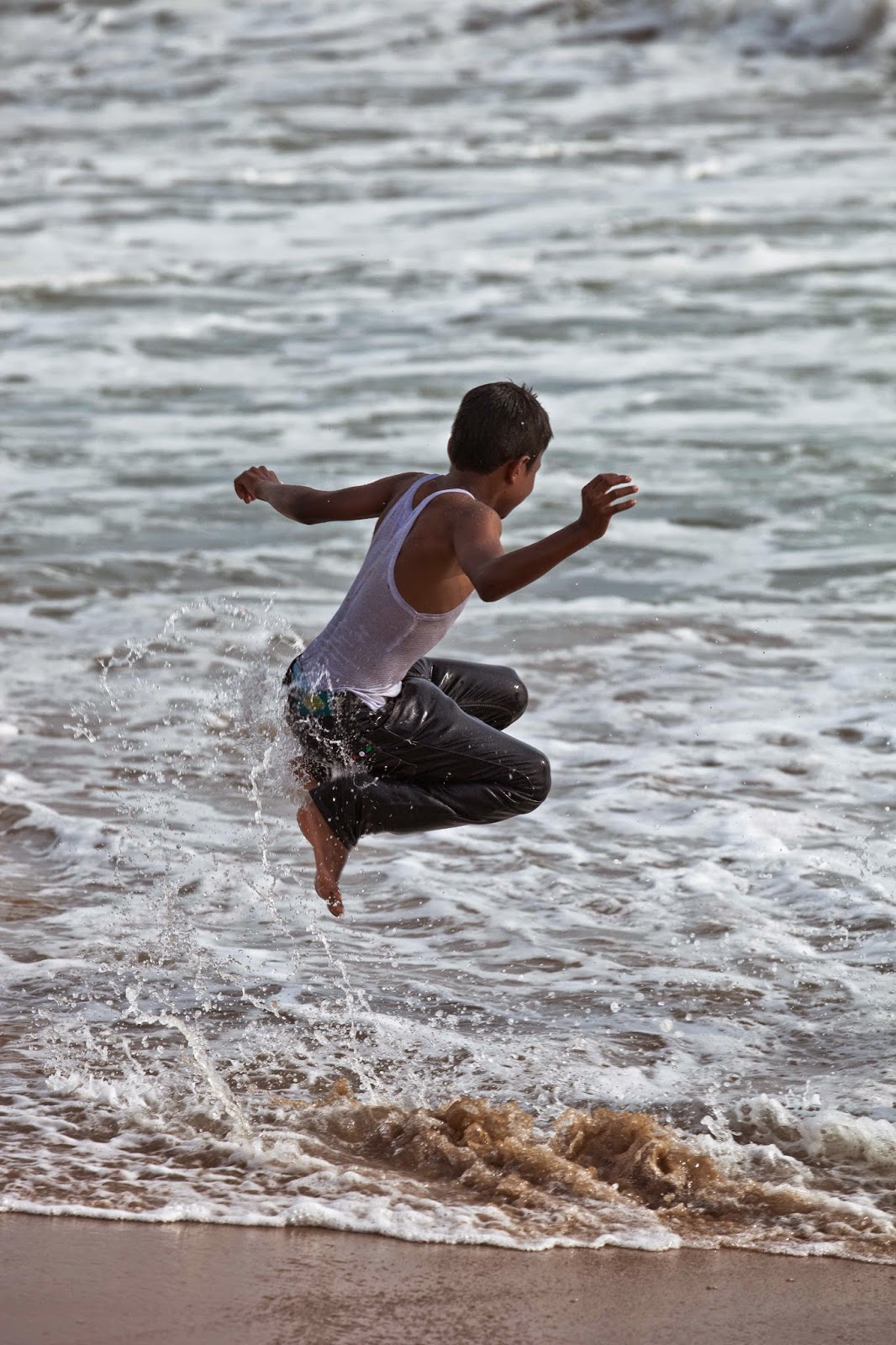 Even soggy monks get in on the action 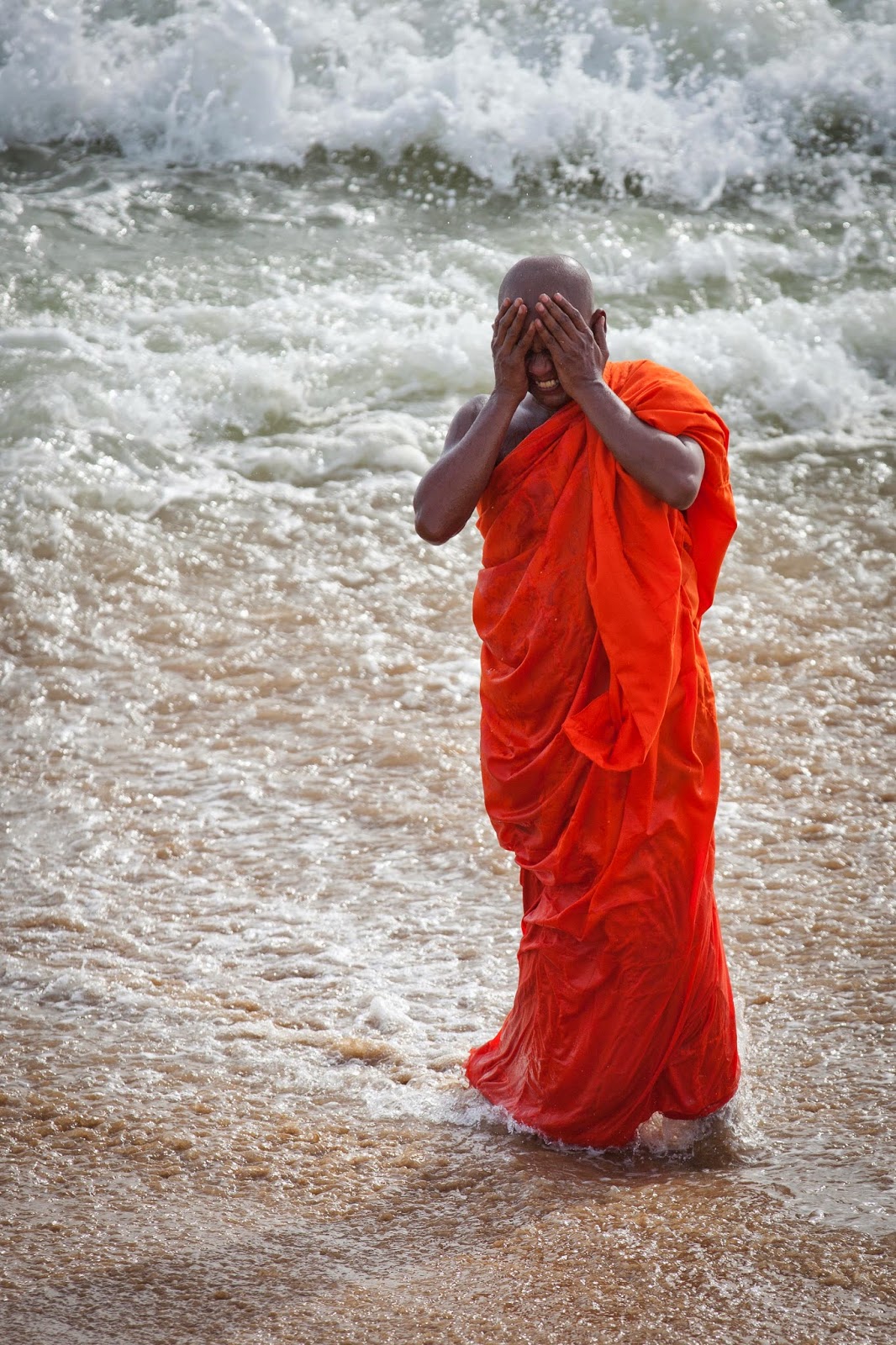 Lovebird couples stroll along the waterfront or steal kisses hidden under umbrellas unfurled in the pretence of blocking out the sun. 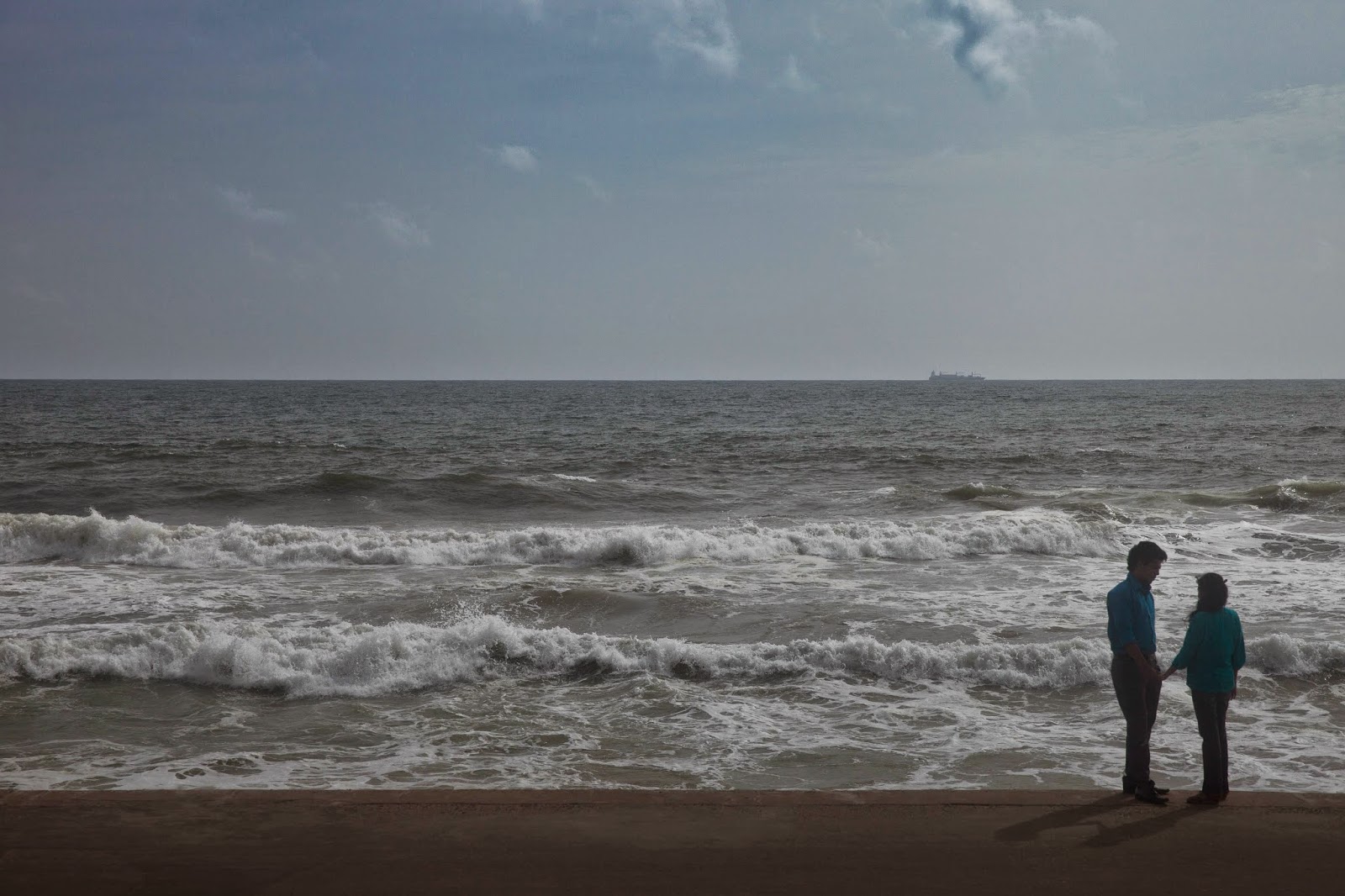 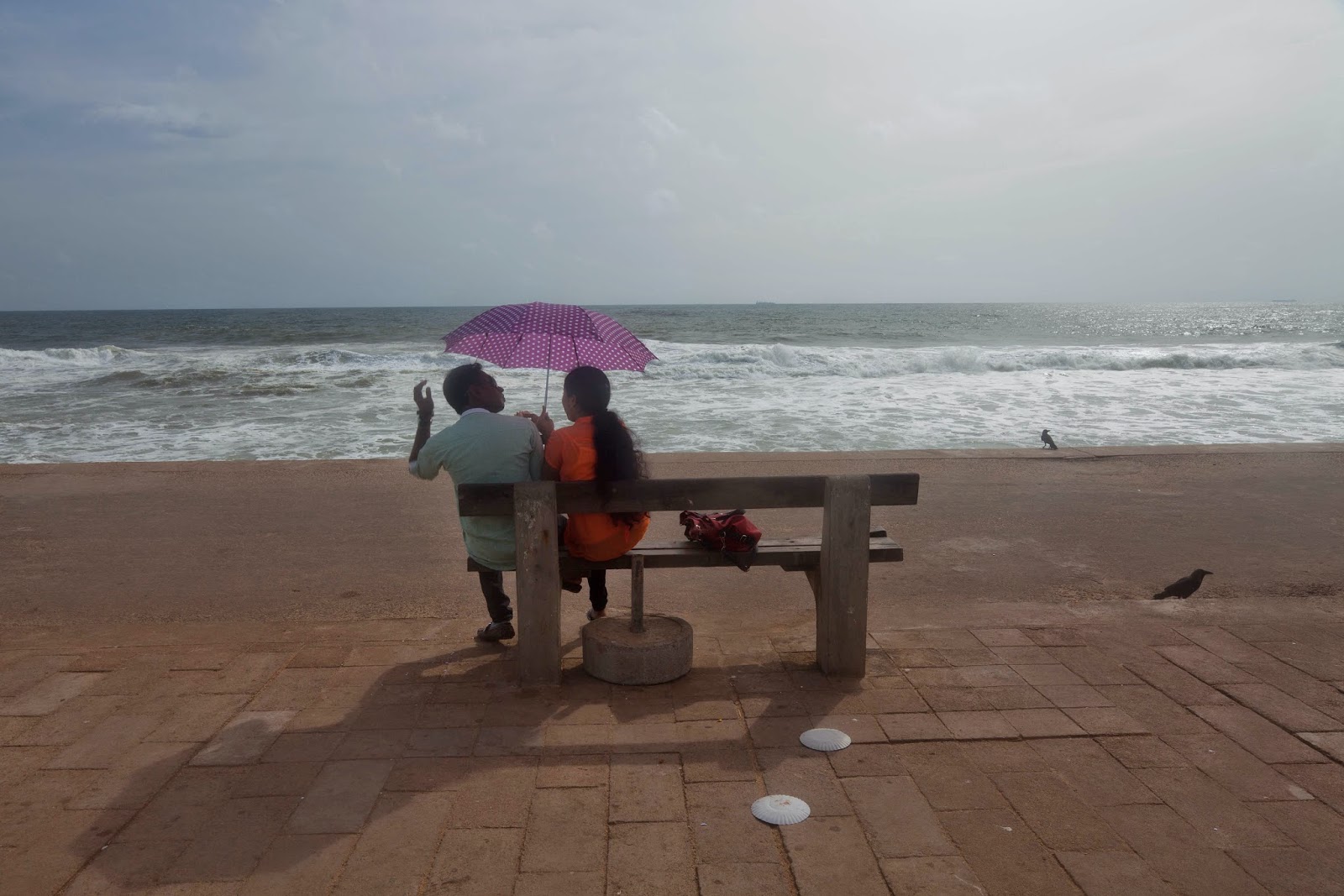 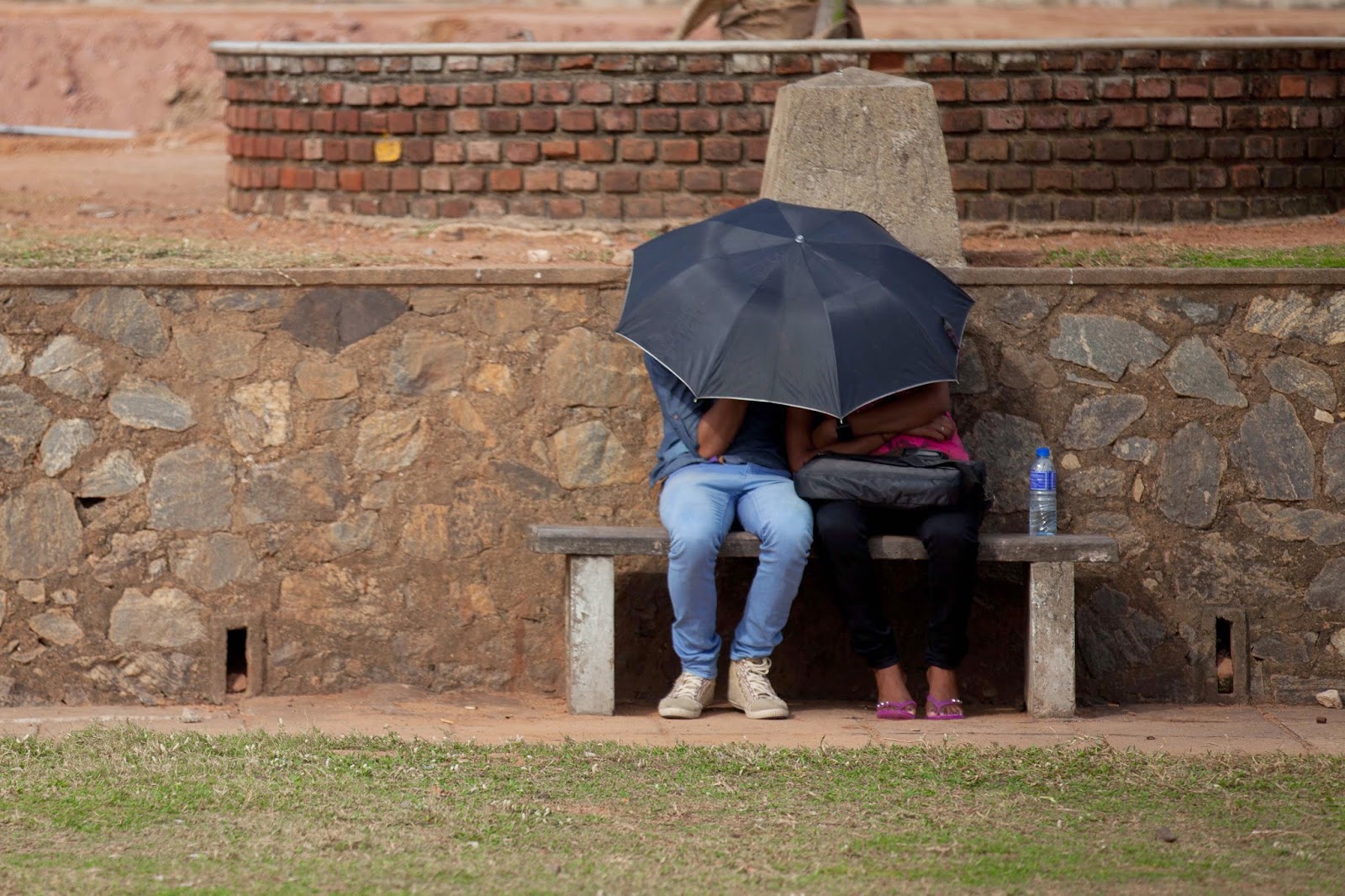 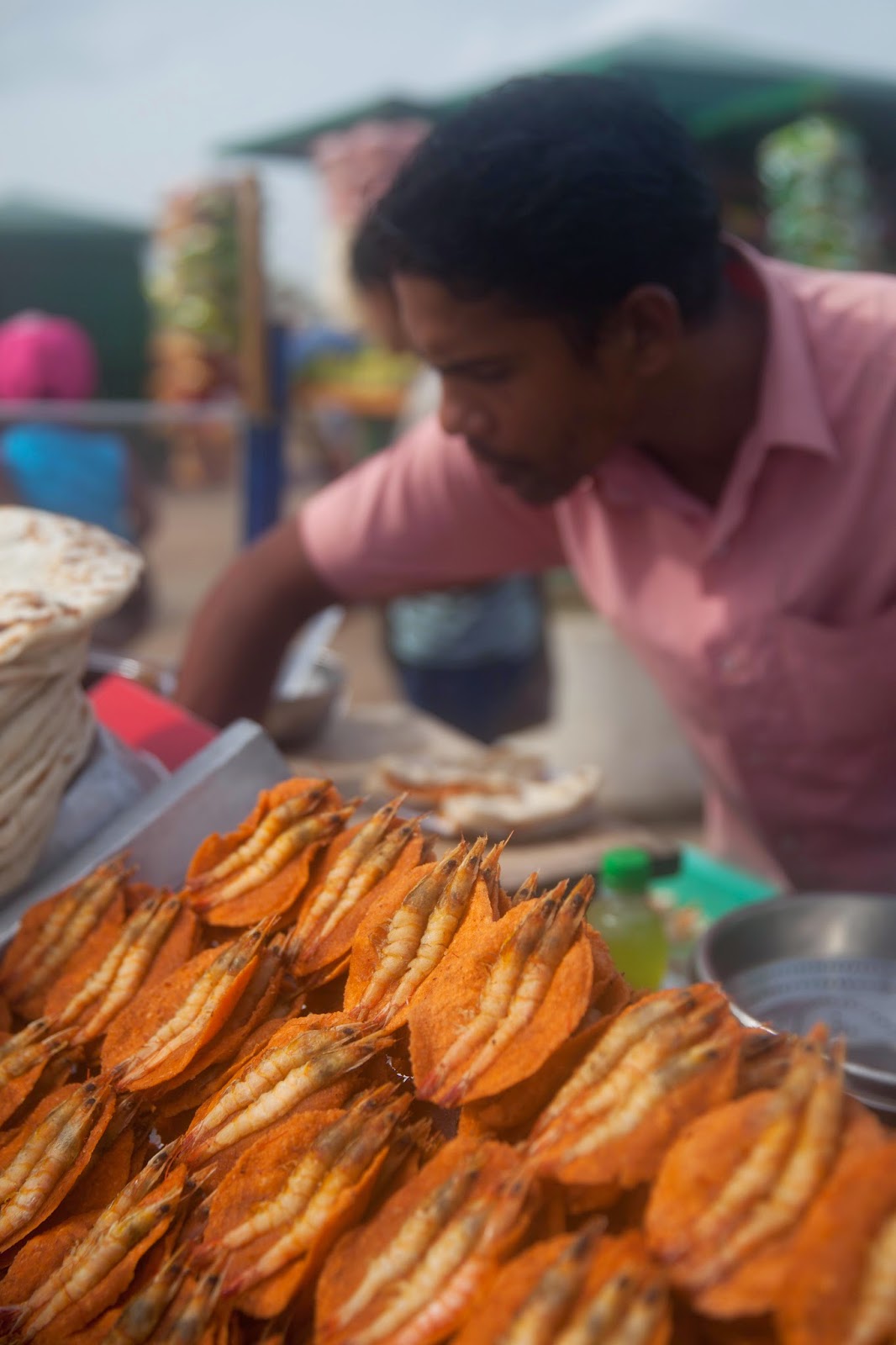 Street vendors call out offering all kinds of mystery goods… 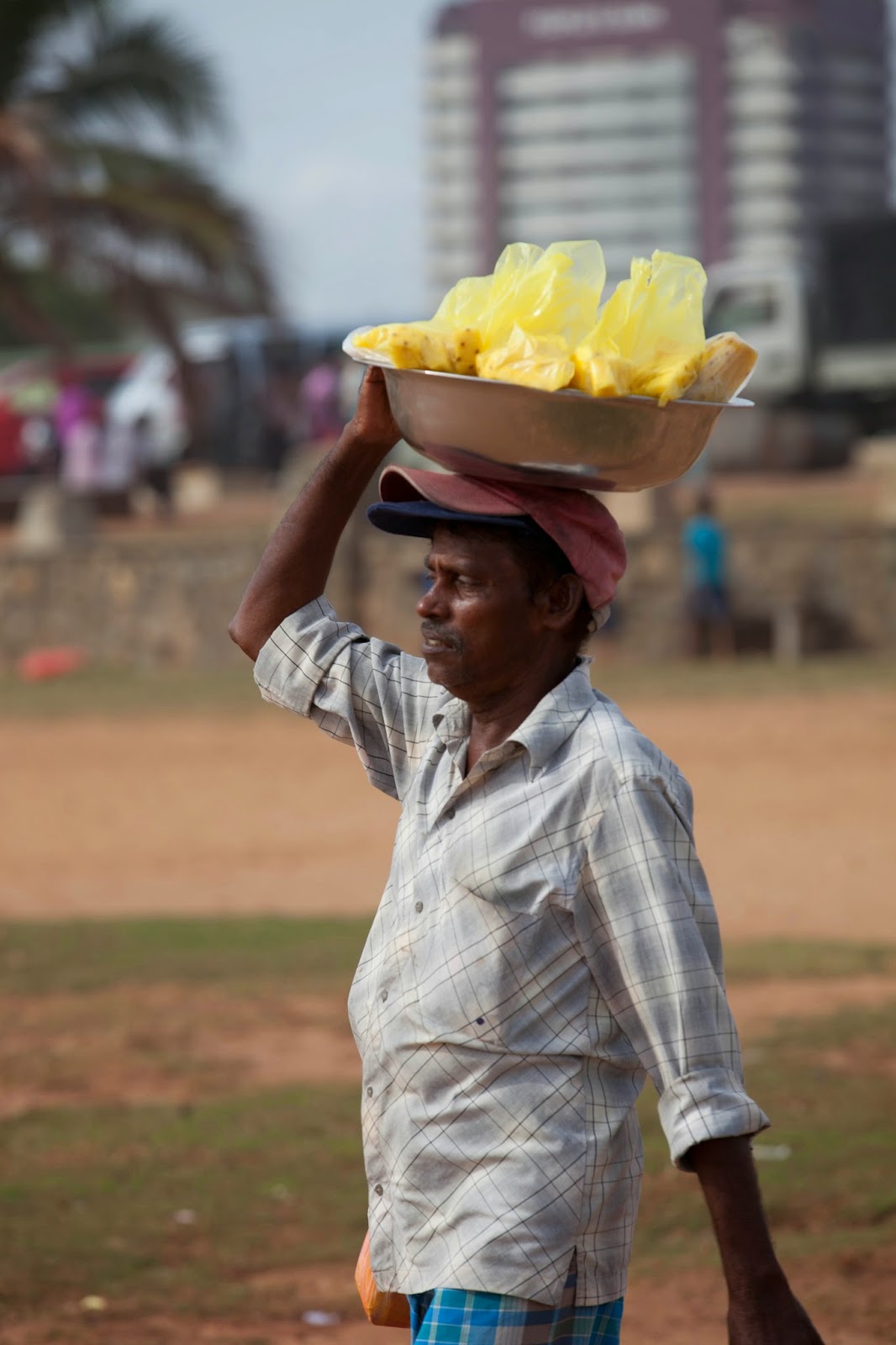 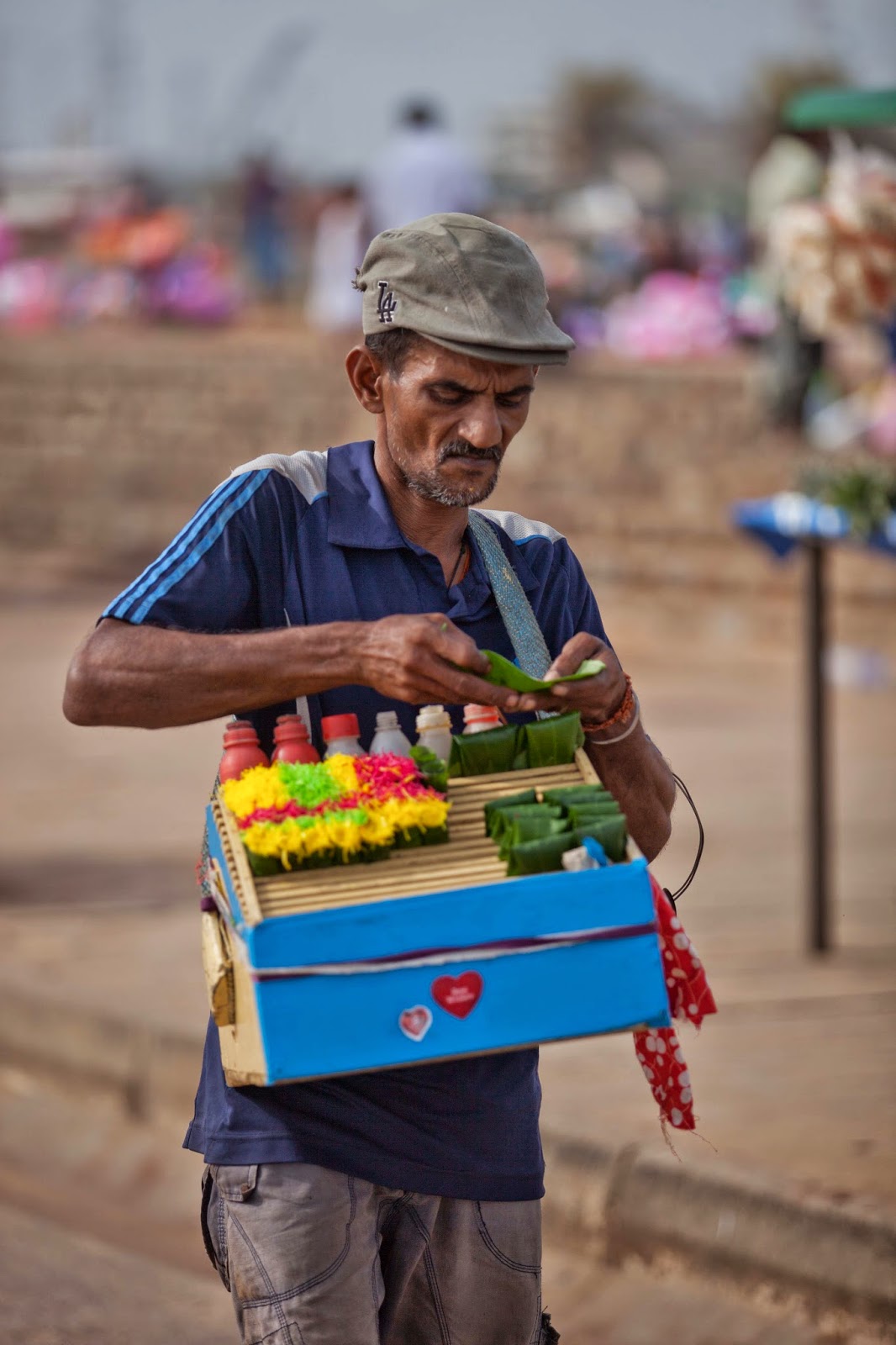 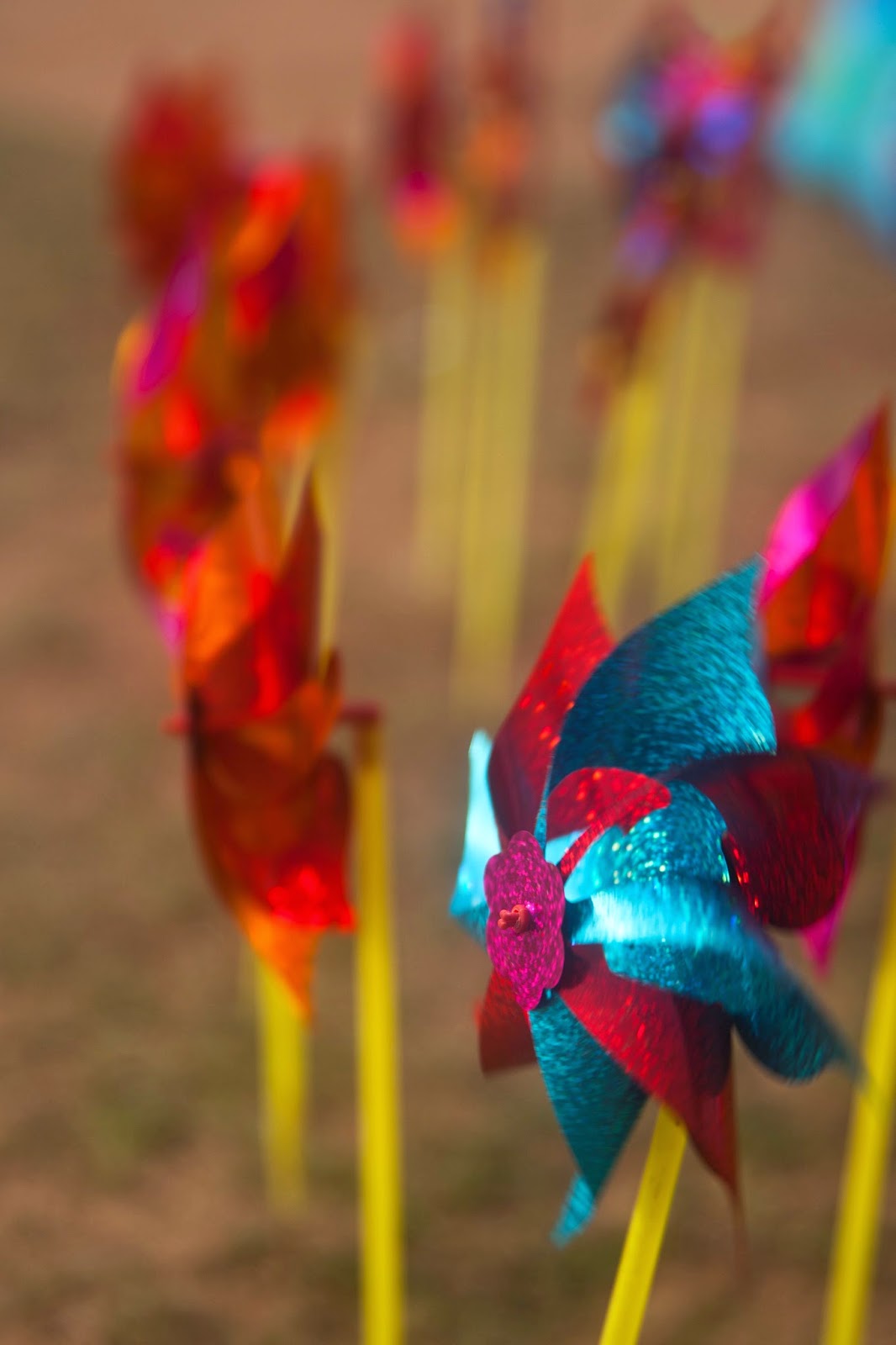 Most of all though, it feels like a very happy carefree place to be.

If you’re thirsty or just need some time away from the hustle and bustle head next door to the Galle Face Hotel for a pot of Ceylon tea or an early evening cocktail. First constructed in 1864 it has managed to retain a lot of its old world charm. It was under renovation when I visited (and will be until the end of 2014) but despite the builders you can still see hints of the beautiful colonial architecture.  If you sit in the garden there is a fair chance you will be visited by one of these inquisitive chaps…. 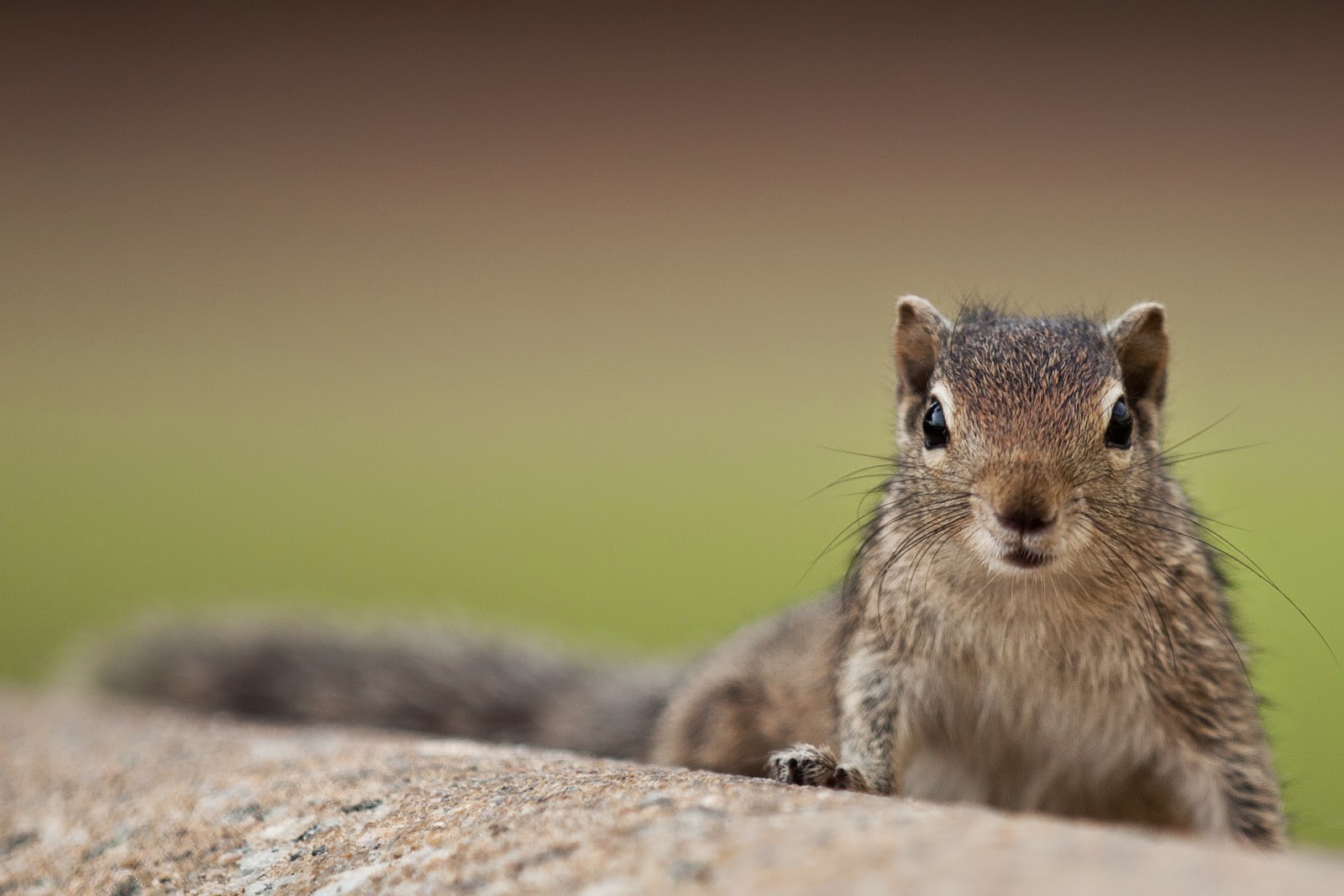