Hikkaduwa sits in the centre of the region worst hit by the Tsunami on boxing day back in 2004 (its hard to believe that it was already a decade ago). You might recall reports of a train that was swept off its tracks along with all its passengers, well that was here. In some ways it is a very restful place, sleepy at this time of year as most tourists are over on the West side of Sri Lanka. That’s one of the great things about visiting Sri Lanka; there is always a part of the island that is in season. That restfulness also feels as though it has a sadness to it too though. Graves of various religions line the side of the road along the coast commemorating those taken by the same waves.  Fading photographs glued to telegraph poles and the sides of buildings. The shell of the fateful train sits unmoved from its last port of call.  Life gradually moves on though and whilst noone in the area will ever forget, new business have sprung up and the area is making a new name for itself pinning its hopes on a new dawn of tourists drawn to the teardrop isle of Sri Lanka. 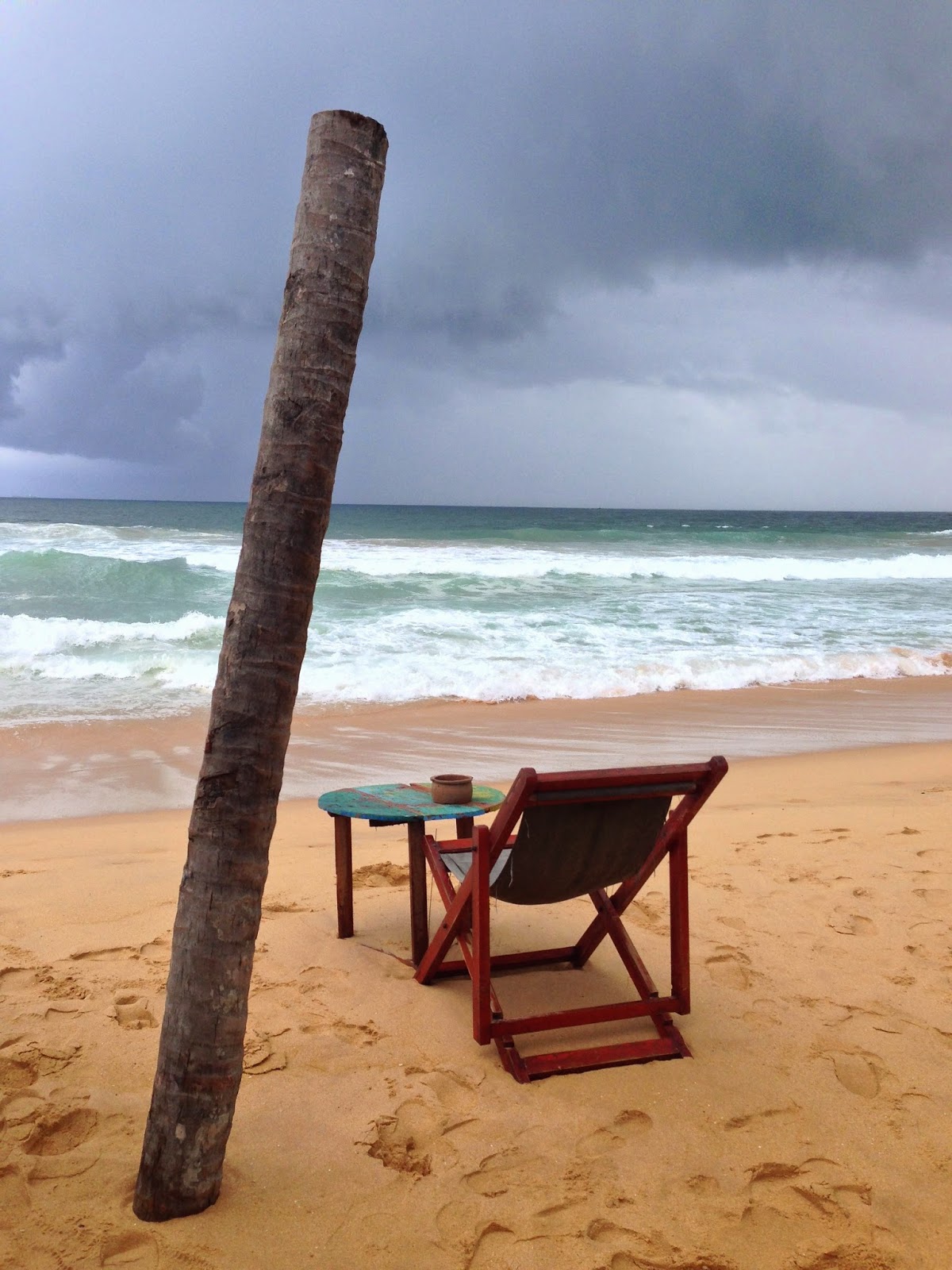 After the heat and bustle of Colombo I couldn’t wait to leap out of the car and feel the sand between my toes and a sea breeze in my hair. Although a swim was exactly what I wanted the waves were choppy with a ratty red flag warning against the warm water’s temptations.

Meandering along the beach I came across hardly another soul other than the occasional fisherman. That is until I reached a sign swinging in the breeze. 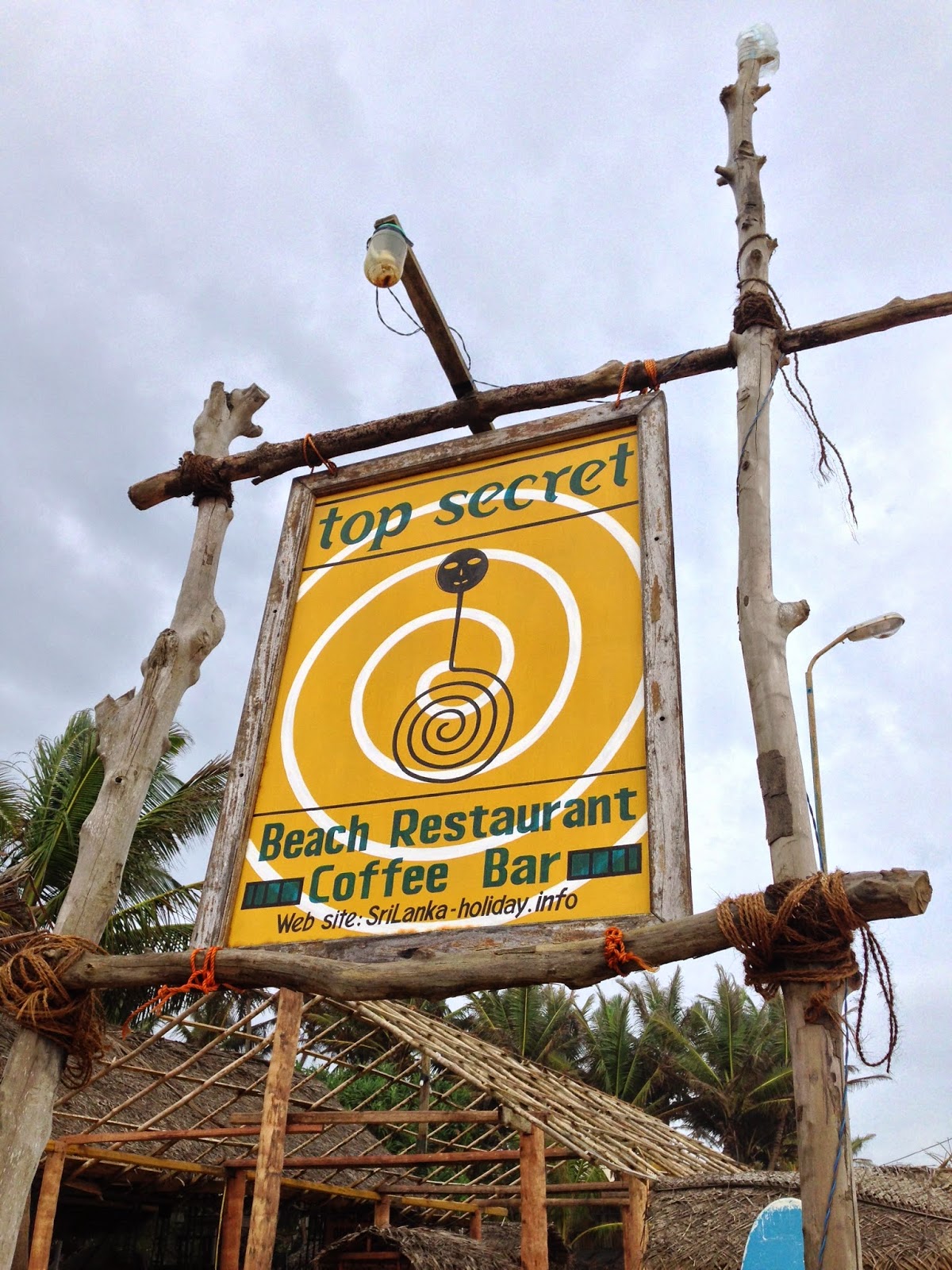 Shhhh! I’m going to tell you something but only if you can keep it to yourself, in fact its Top Secret. Top Secret only because that’s the name of the restaurant. Under the sign a sea of hammocks and brightly coloured sun loungers entice you in. Wander inside and travellers of all nationalities are sat sipping cold beers, making full use of the wifi and nibbling on local delicacies. Our stumbling across Top Secret was a happy coincidence due to the deep rumbling sound, partly from my stomach and partly due to the darkening clouds rolling in across the horizon from the sea. 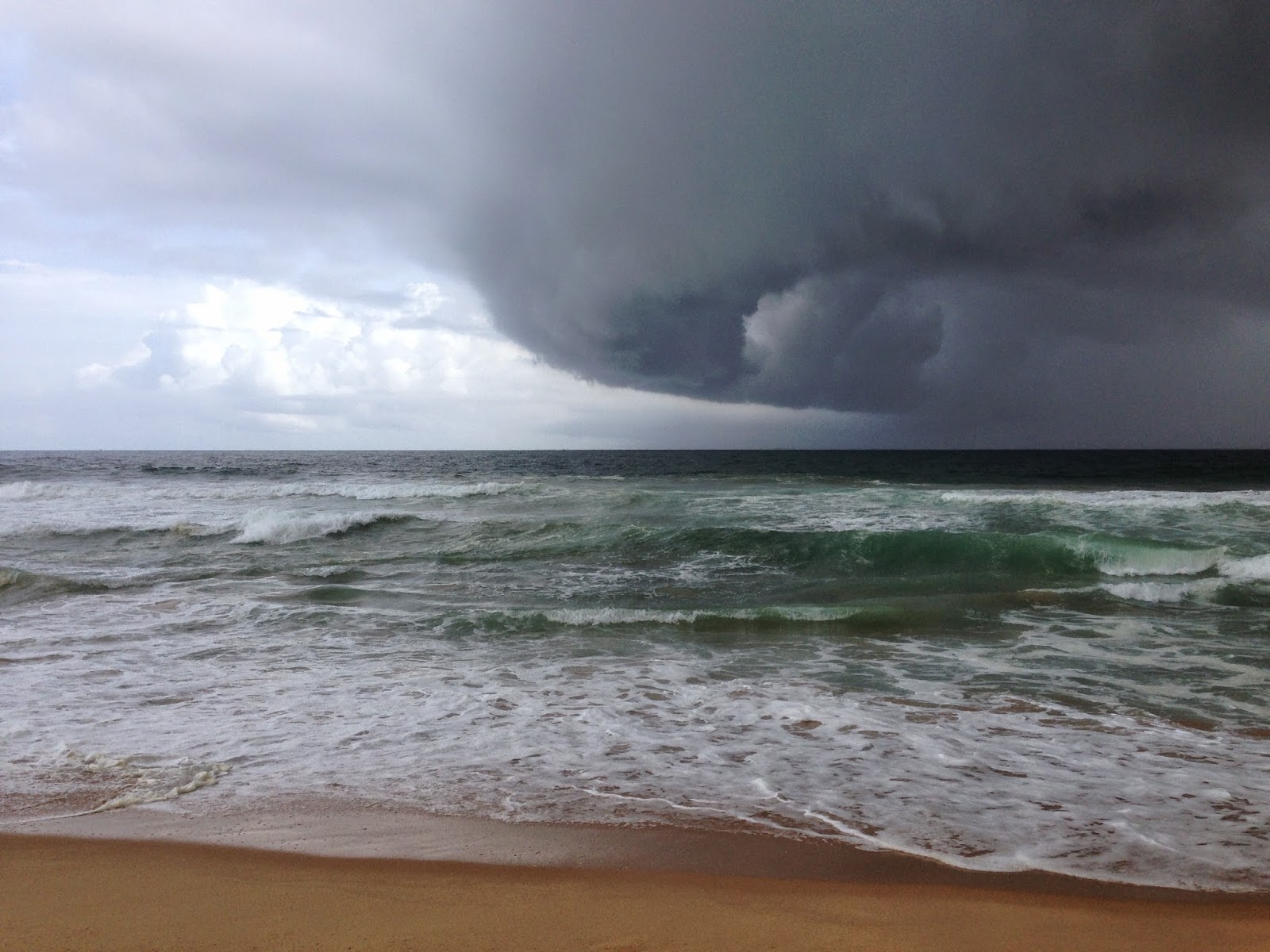 Sure enough, no sooner than I had ordered a drink at the bar than the heavens opened sending a flurry of gap year students who had been sleeping off hangovers on the sand scurrying for cover into the shadowy depths of the bar. 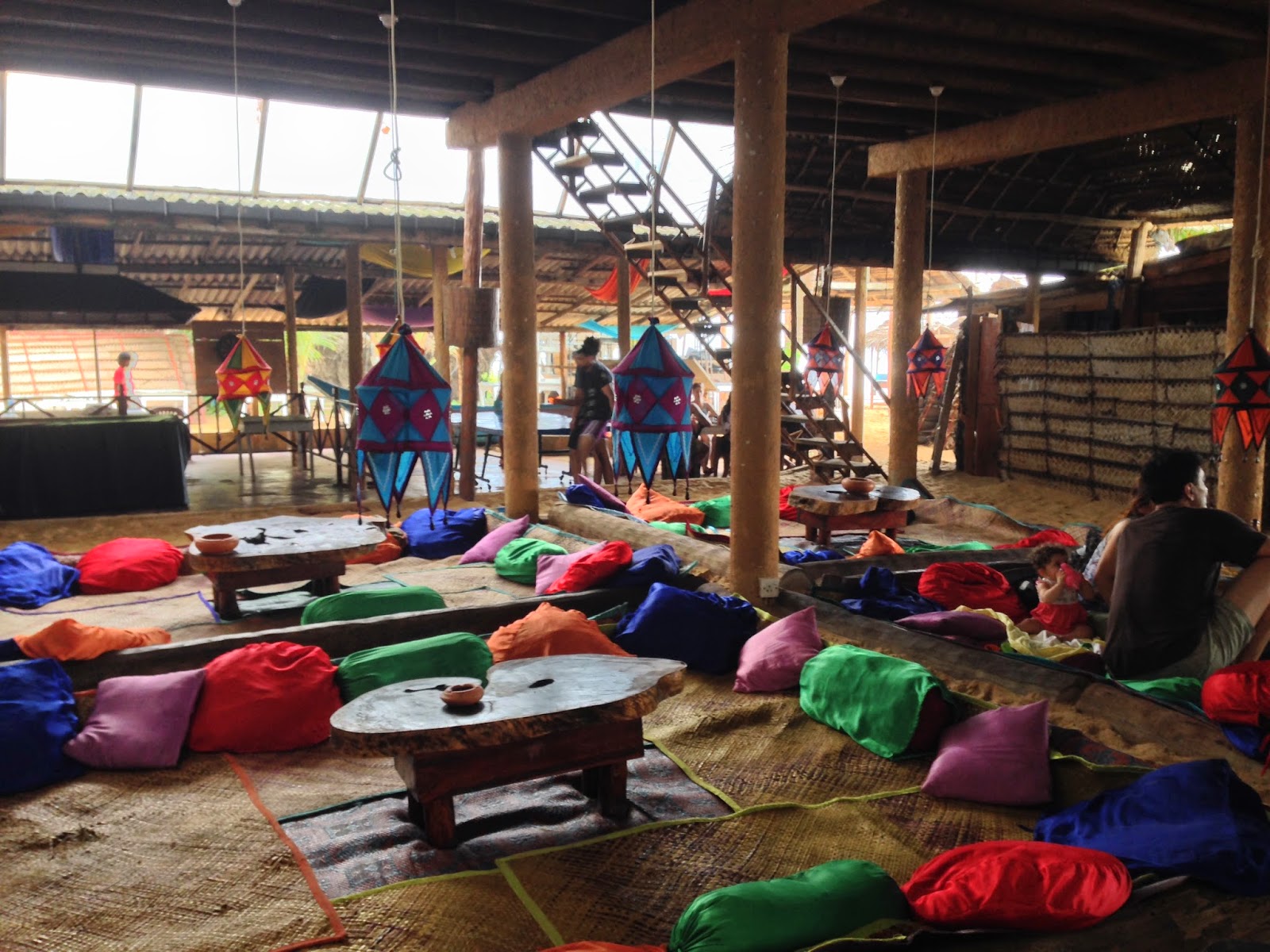 We grabbed a table in the restaurant and ordered plates of seafood and rice. My favourites were these squid rings in a piquant and peppery sauce. 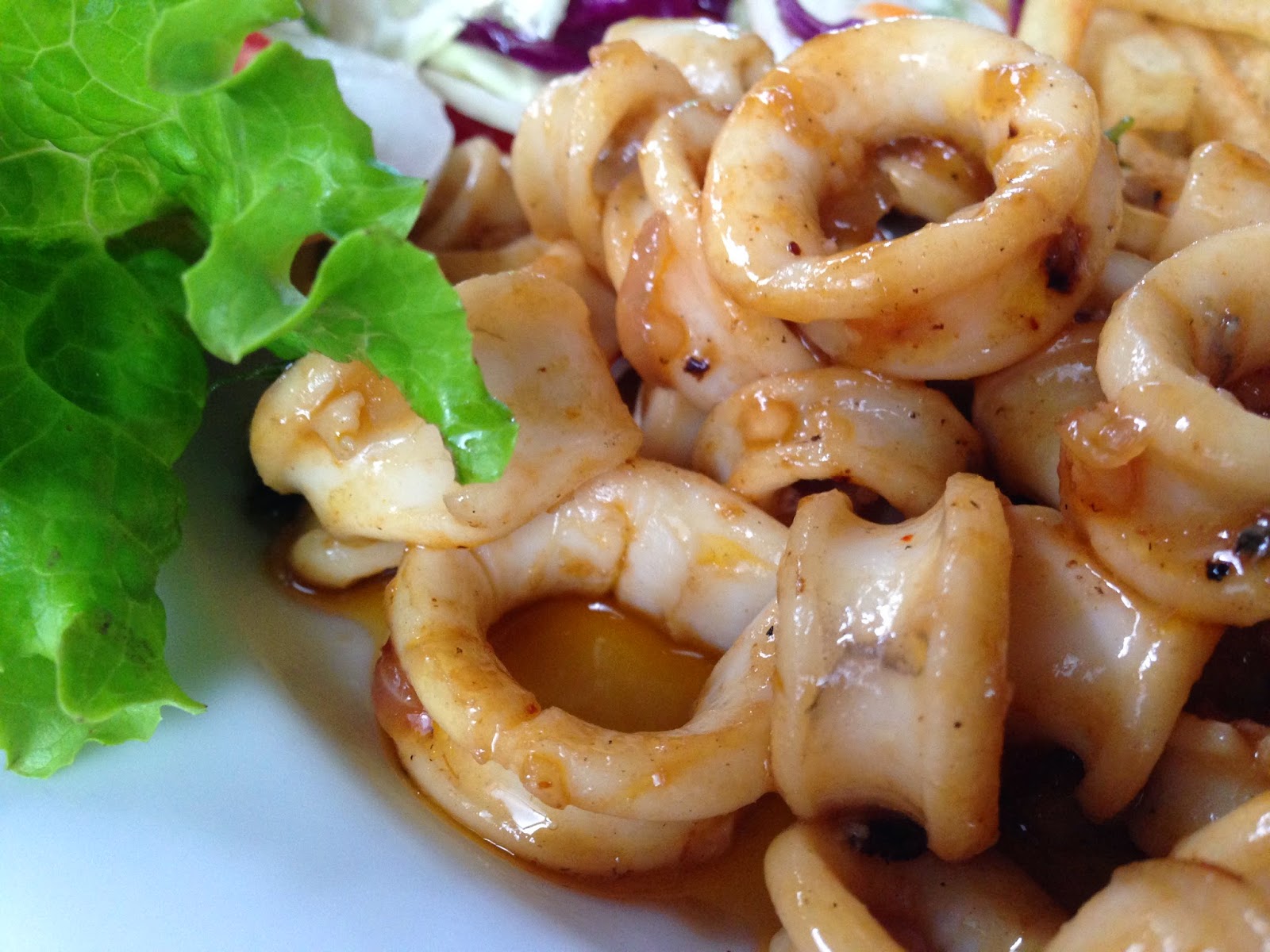 The drumming beat of rain on the roof began to slow in rhythm and finally subsided leaving us free to carry on our wander along the shoreline and walk off lunch, spotting a few bits of nature thrown by the waves onto the beach as we went. 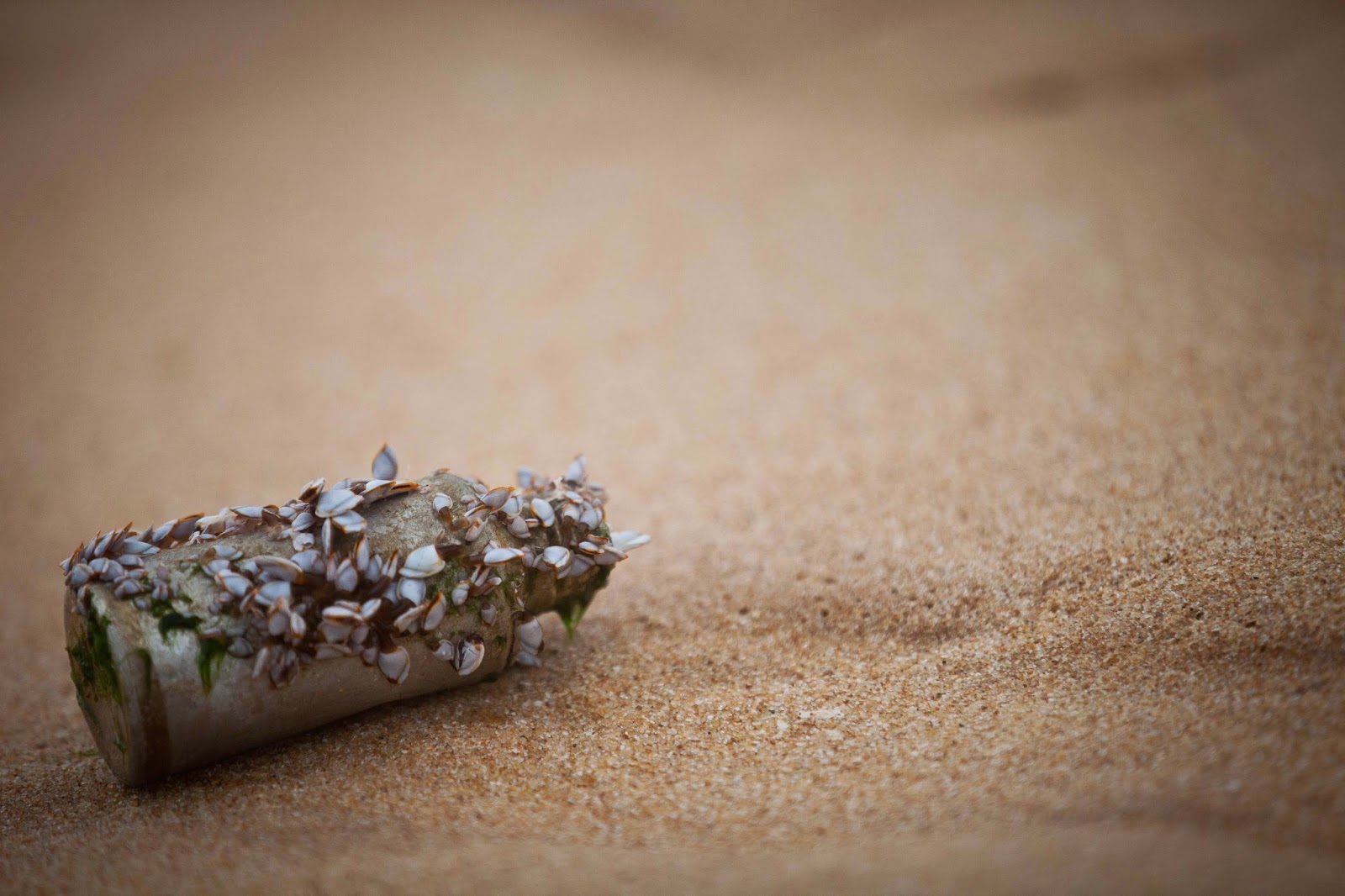 No swimming for us today though, the lifeguard’s flags made sure of that. 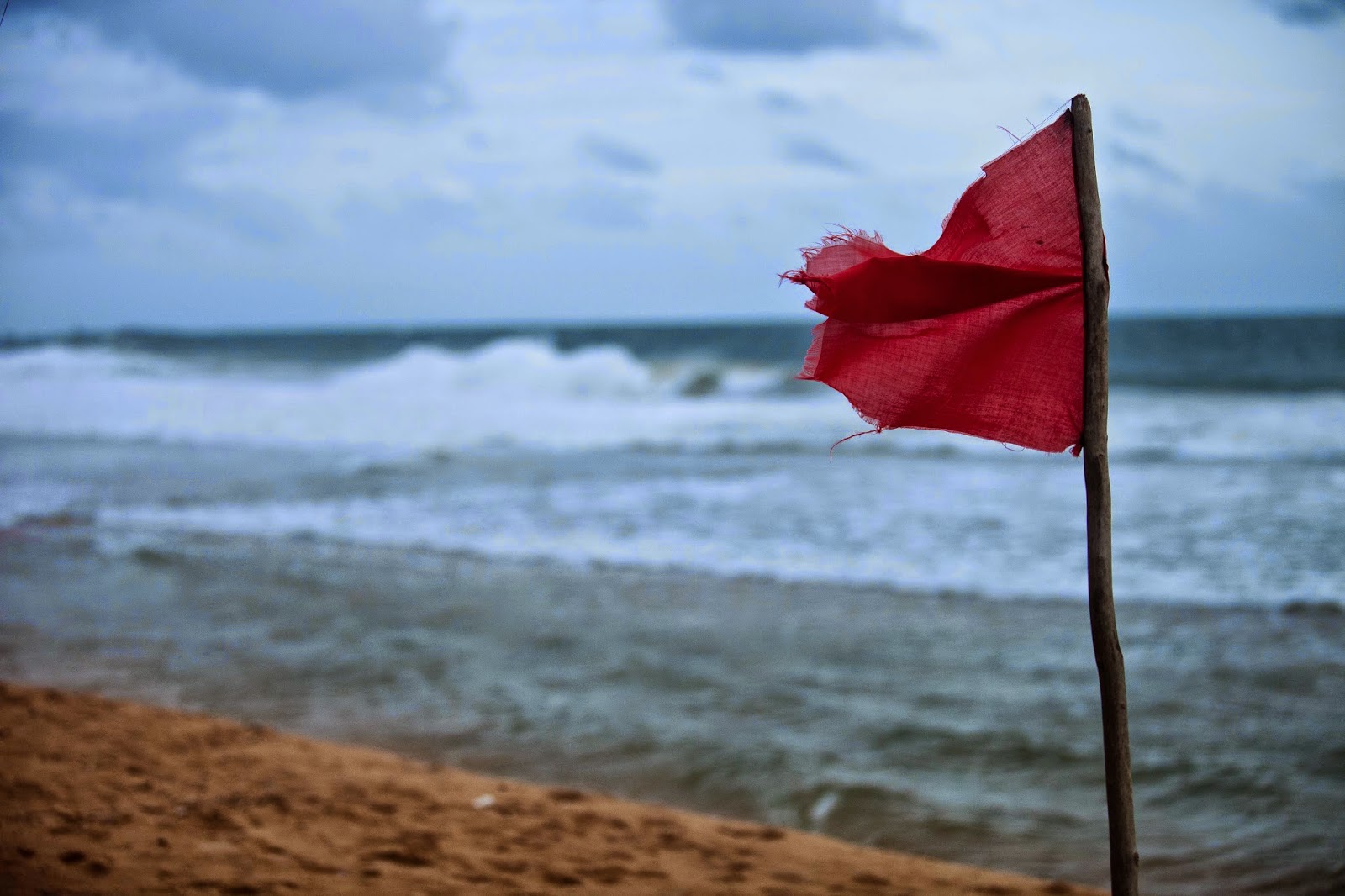