We had a little time to kill before our dinner reservation so popped into the Sanderson purple bar for a cocktail. Some years ago the height of cool, the Sanderson was feeling tired around the edges. That impression only intensified on crossing the road and strolling down to the London Edition Hotel, a collaboration between Marriott and Ian Schrager- its clear that he long ago gave up on his former baby at the Sanderson. Schrager’s influence is keenly felt as this is like no Marriott I’ve ever been to before.  Berners Tavern opened in the middle of 2013 with Jason Atherton as restaurateur. Yes, yet  another of the almost amoebic spread of Atherton restaurants across London, Berners Tavern is located on the ground floor of the London Edition Hotel.

In this case “Tavern” is possibly the greatest misnomer for a restaurant that I have come across. Its tantamount to living in a ten bed mansion at the end of an oak lined drive and calling it “Acorn Cottage”.  Picturing a “tavern” in my minds eye conjures up images of a low ceilinged Dickensian drinking house with blowsy bar maids attending to red nosed men. This couldn’t be further from the reality on Berners Street.  My pictures don’t do the dining room justice, you need the widest angle lens possible to take it all in. Its massive. Its gorgeous.  Toweringly high ceilings with beautifully lit plasterwork and architraves sit atop wooden panelled walls covered in an eclectic patchwork of framed prints and paintings. It is the perfect blend of contemporary chic in a classic setting (that sounds sickeningly estate agent but you know what I mean). Caged chandeliers left me thinking of the scene in Moulin Rouge where Satine descends singing ‘Diamonds are a girl’s best friend’. Its the kind of place that just makes you want to misbehave in the most decadent way possible. 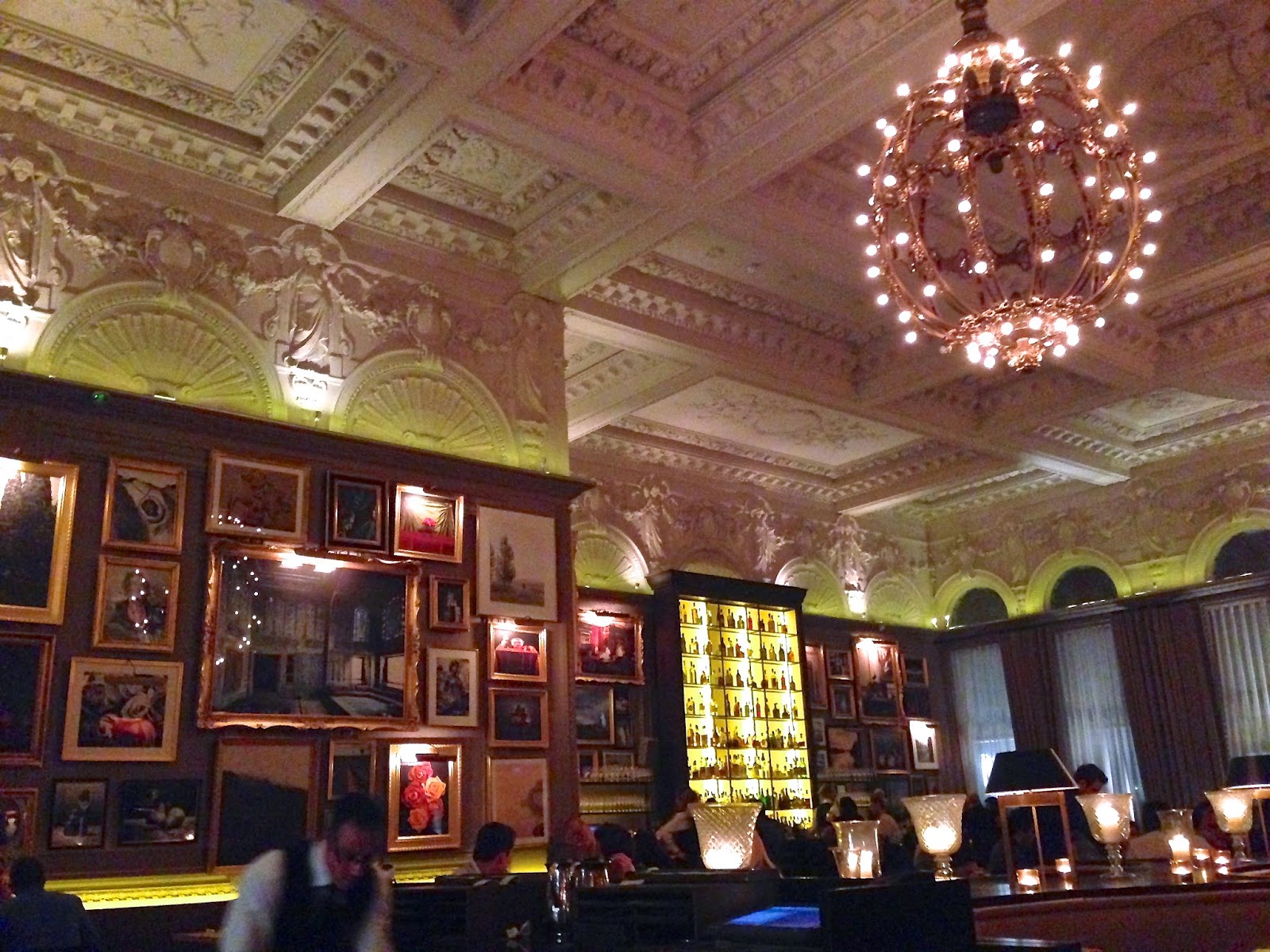 Its also enough to make most of us feel under dressed. This is somewhere that people are instinctively dressing for dinner even without there being a formal dress code. Despite it being a Sunday evening I’d worn a dress and was glad I did, jeans just wouldn’t cut it here. There was also a certain ‘type’ of clientele. Lots of West London mediahhhhh and creative types in their late forties and early fifties with much younger girlfriends. Yep, its that kind of place.


As the lights dim in the evening to a golden glow, the cocktail bar is the perfect place for not so illicit dalliances over potent and novel blends, definitely get there early and drink it all in provided price is no object. So over to our table and let the fun begin…..

Pea, ham and eggs is anything but the plain, simple fare it sounds like. A pea risotto is served in a separate saucepan and zings with freshness. A hen’s egg is lightly breaded and fried. Ham hock is tender and salty. Classic ingredients that can never marry badly together. 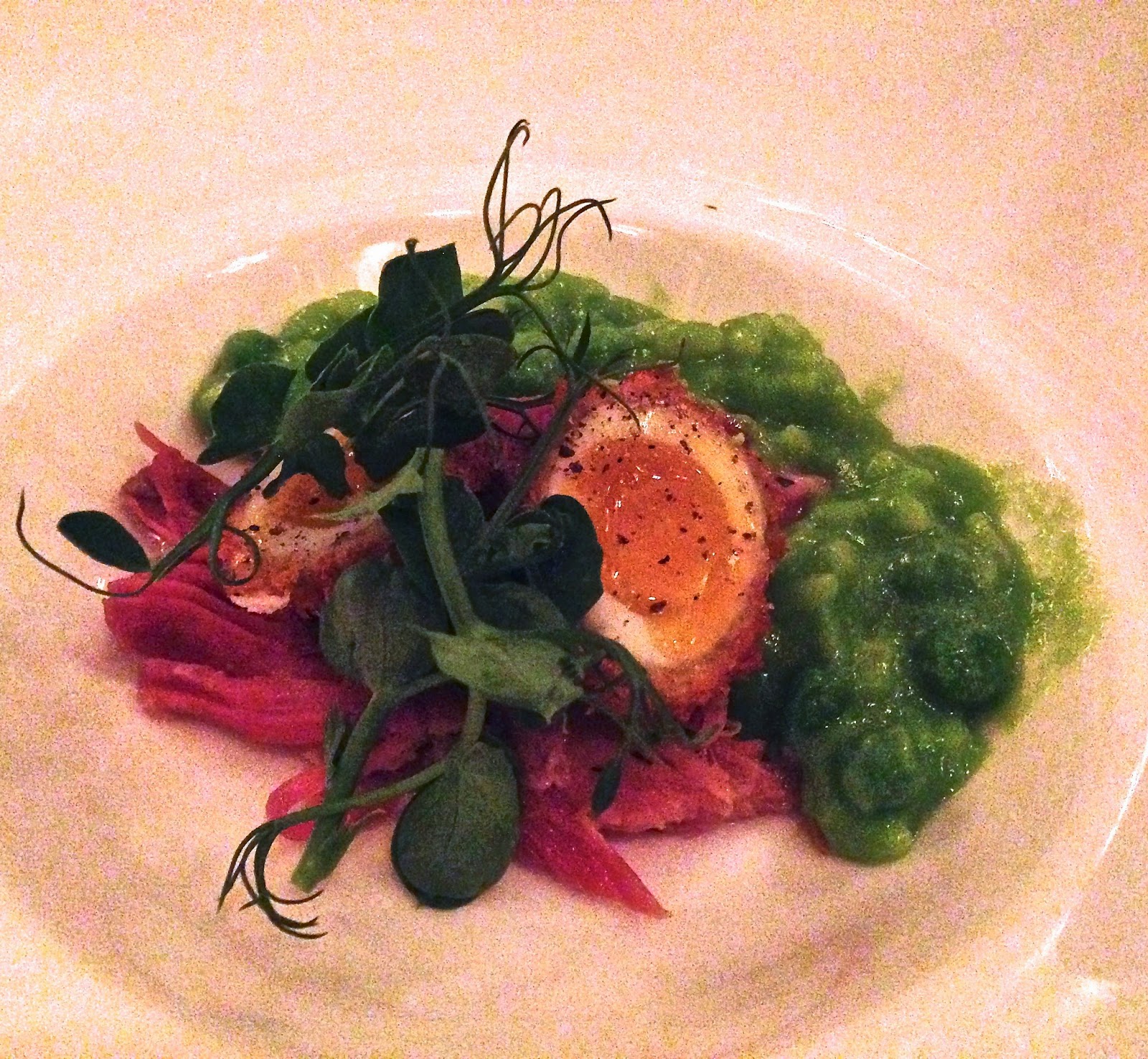 A dressed crab with coriander, apple and lemon juice is perfectly seasoned and not a shard of shell in sight. At £20 it may well be the most expensive starter I’ve ever ordered but is really good (and felt pretty virtuous compared to my usual creamy sauce and foie gras based starters – the skinny blondes must be having an effect on me!) 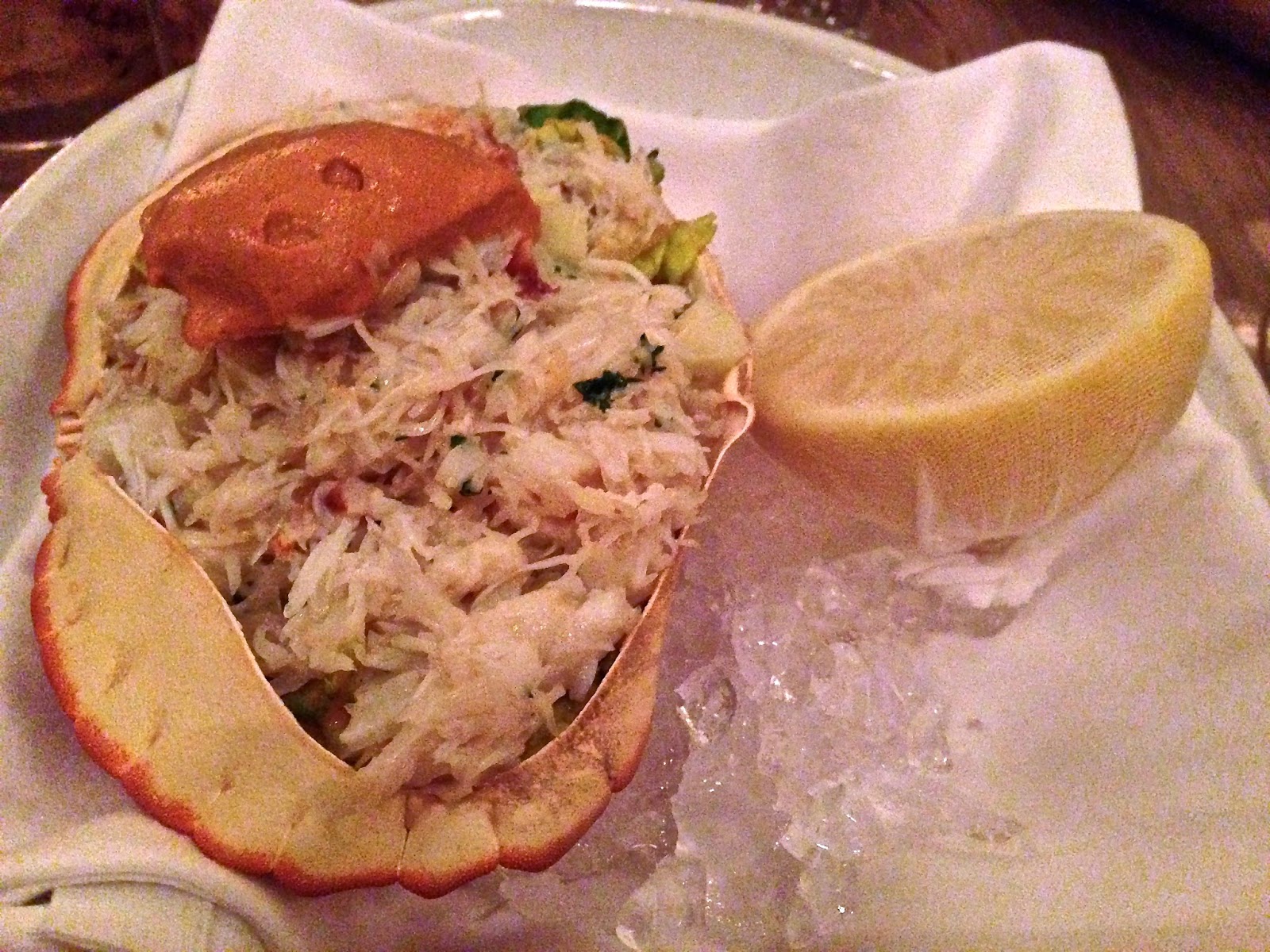 The skinny effect wore off pretty quickly with the onset of the main course, a giant slab bearing a sizeable chunk of rare cow; chateaubriand and roast artichoke (£80 for two). A decent char on the outside gave way to tender and flavoursome flesh on the inside. 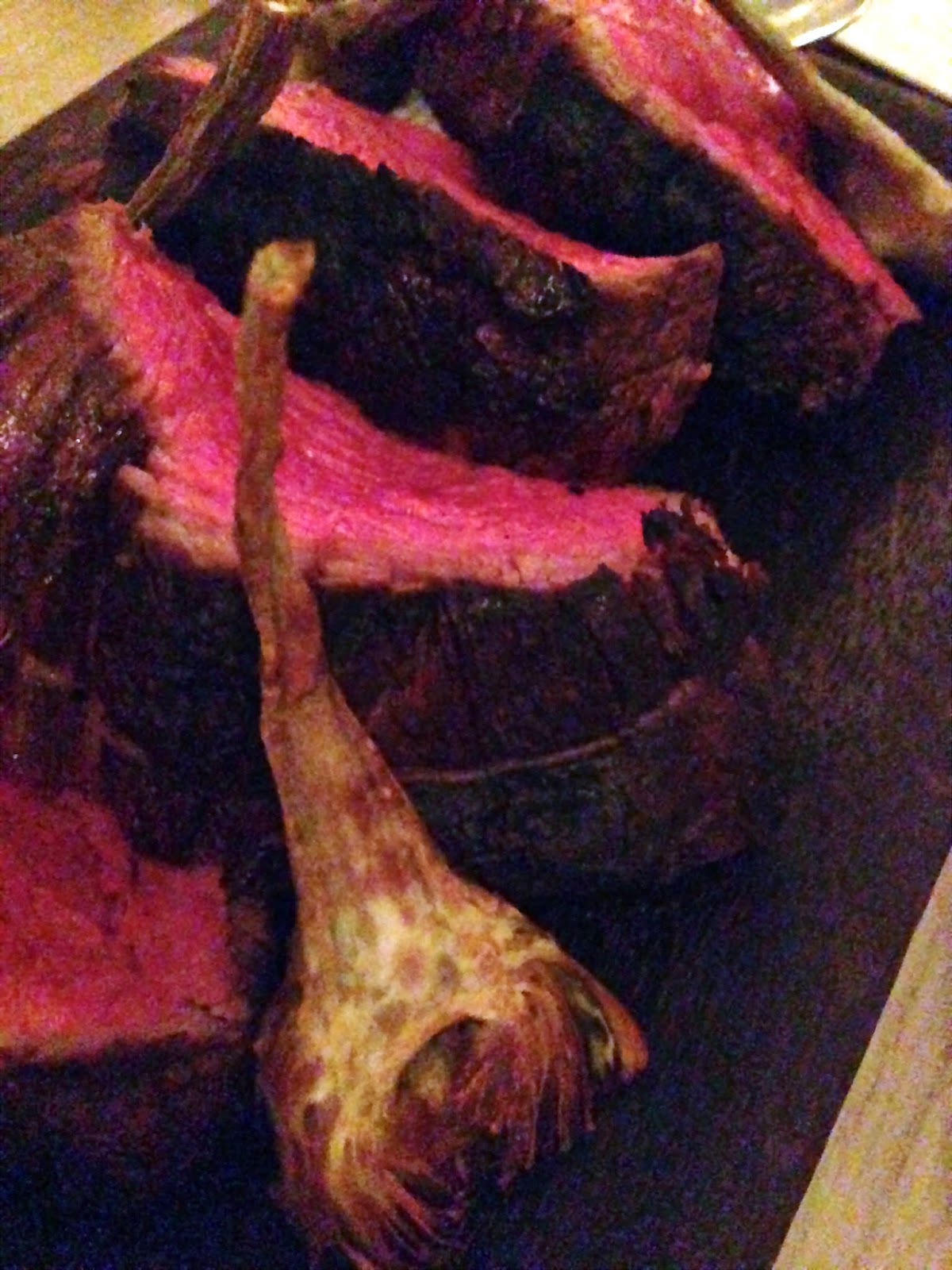 Truffle macaroni cheese was something of a disappointment. Not enough sauce and, despite the slices of summer truffle on the top, not a very deep truffle flavour to the overall dish sadly.  Could do better Berners Tavern! 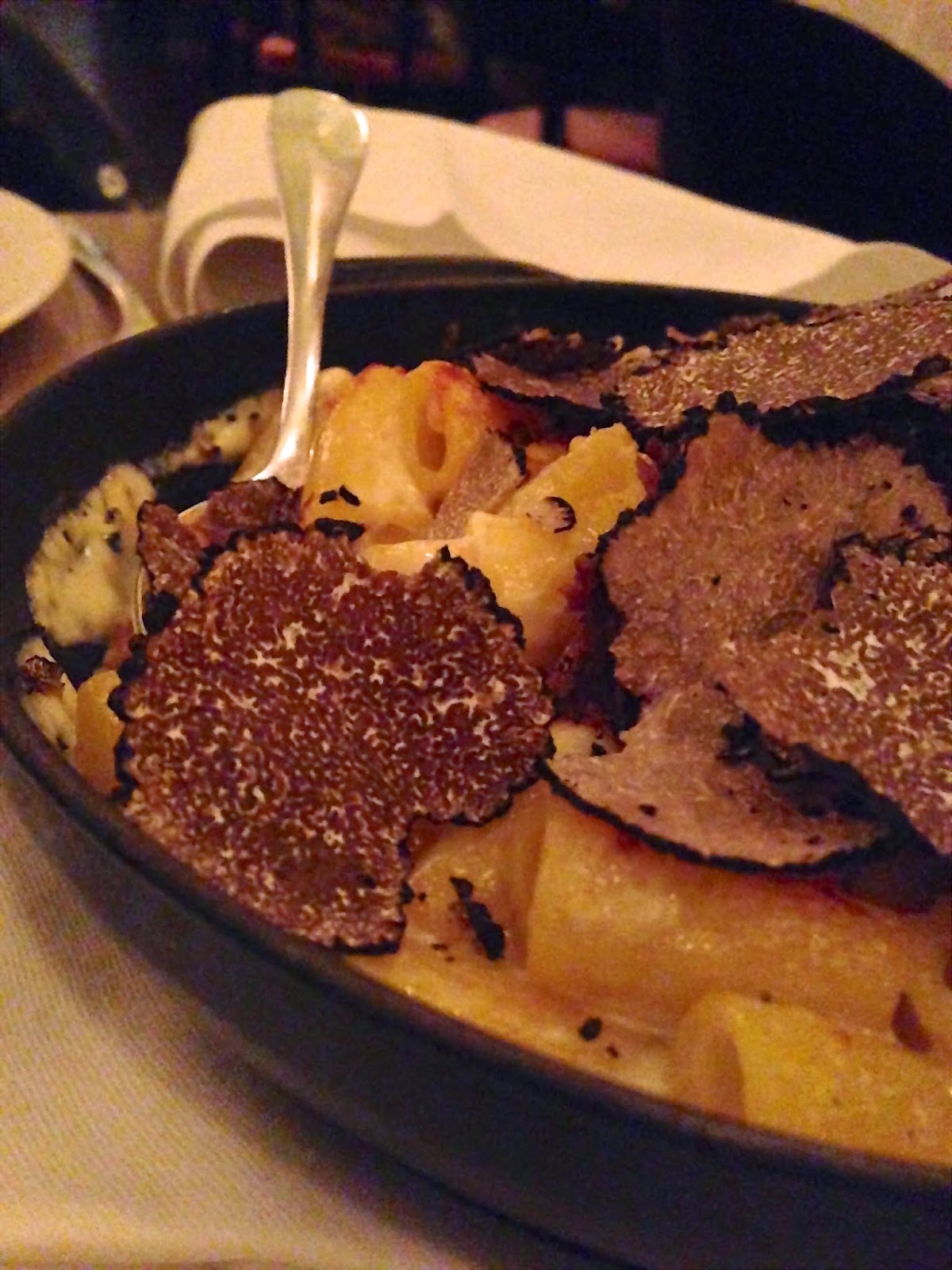 Some of the wines are priced a little on the hyper inflated side. £170 for a 2000 Chateau Gloria compared to just under £50 retail. The third wine from Chateau Margaux 2009 was £120 compared to £63 in Mission. Granted the overheads are higher here and they are tied by hotel pricing but its still the same bottle of wine…. We let the sommelier go freestyle on a maximum budget of £60 and he came up with a biodynamic red from the Languedoc. I think I’ve got some way to go on my wine tasting odyssey before I’m going to truly appreciate the merits of organic/biodynamic. Too often I find them a little musty and the haze you frequently find is unappealing (let alone all this “you mustn’t drink it on a root or leaf day” nonsense). This may make me a philistine granted but there you have it. I found this particular Roussillon a little thin and lacking the substance to stand up to beef and macaroni. It certainly wasn’t a bad wine but I wouldn’t rush to order it again. 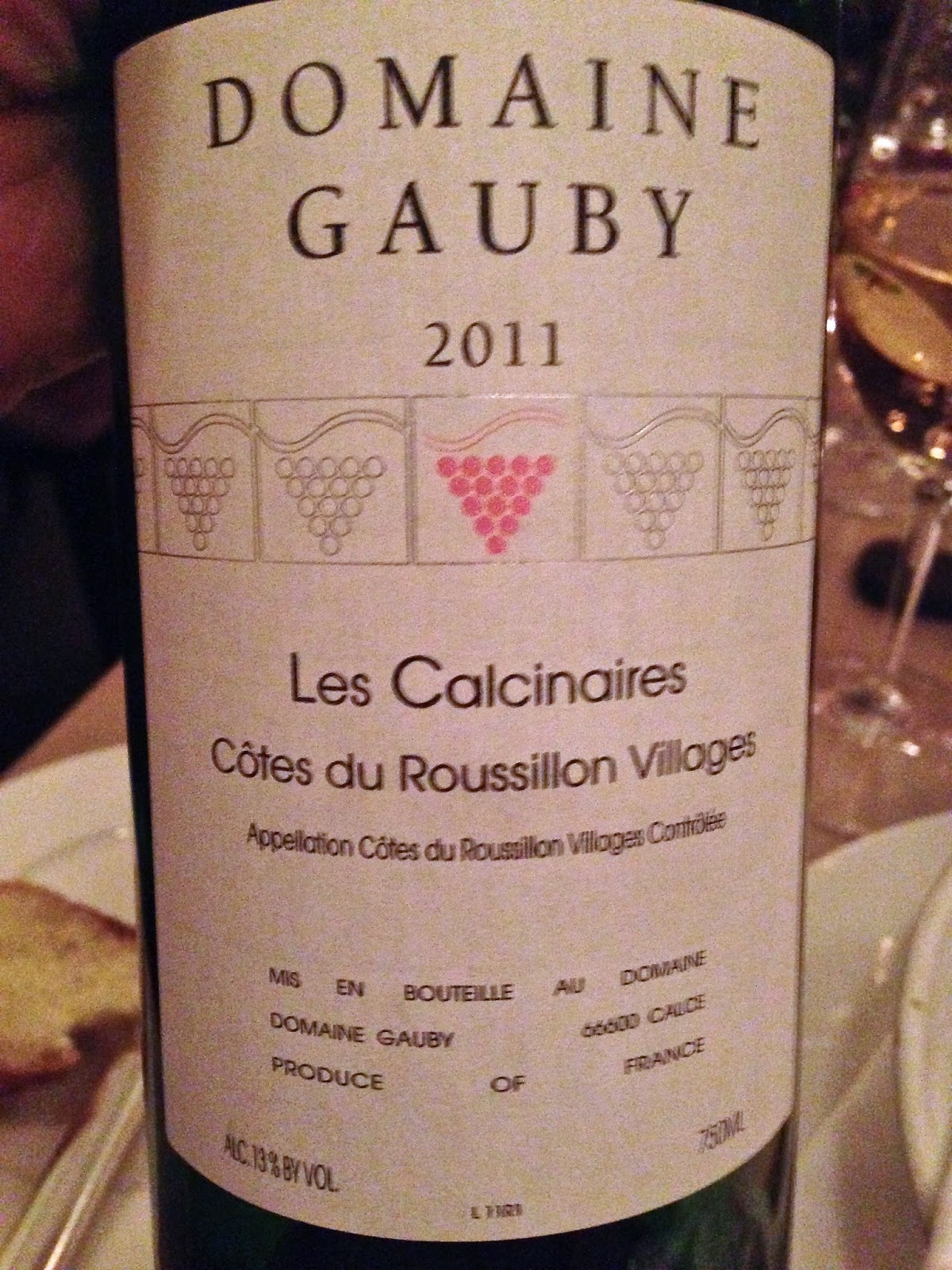 I was waaaaaay too full for dessert. Sorry. An Uber whisked me off into the night to dream of food. 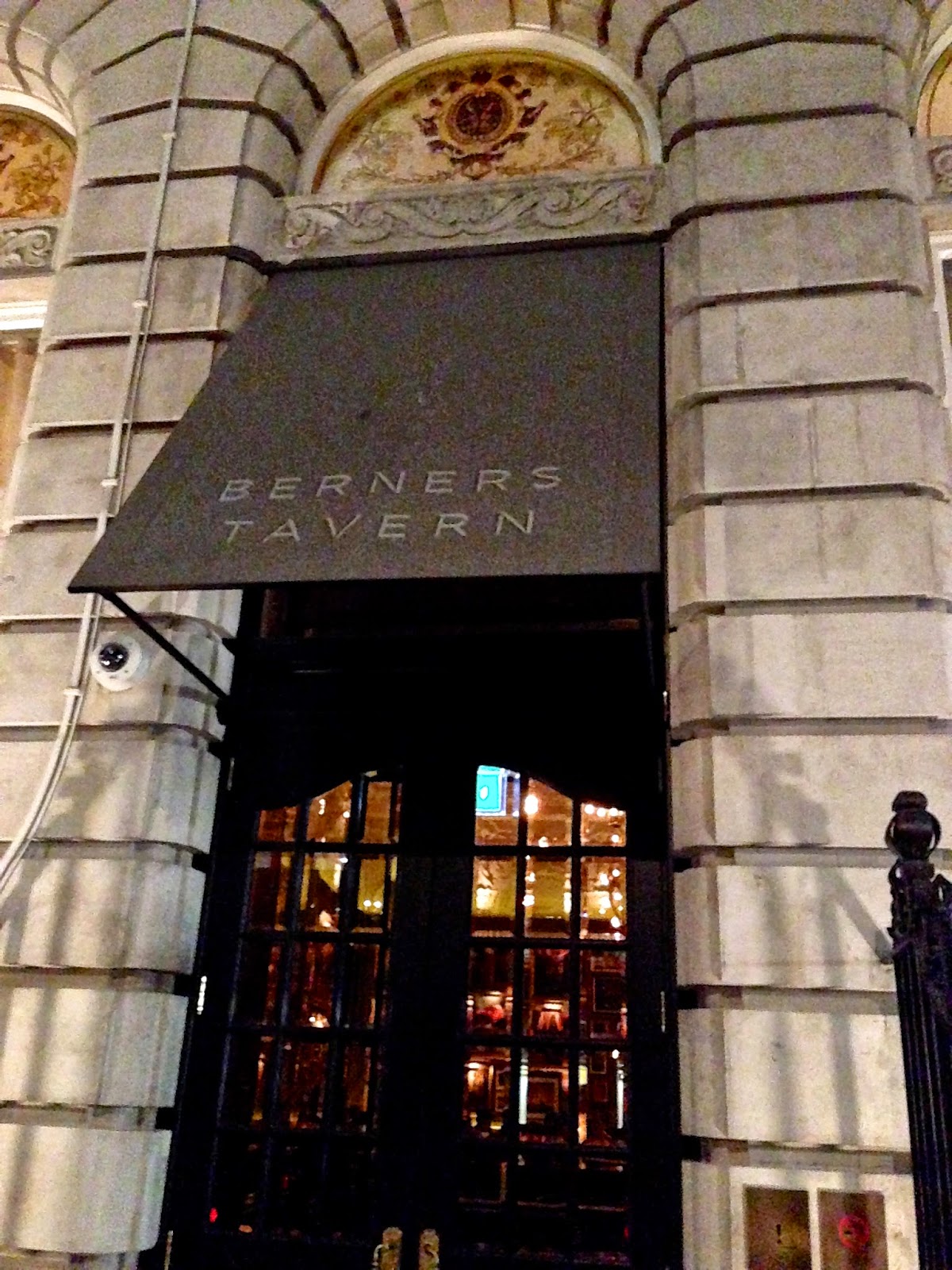 Would I go back?: If you are really trying to impress or its a special occasion, yes definitely, do it! I might suggest it to someone on expenses.

Highlights: The venue, its just gorgeous.


Summary: A pricey night out but a reliably delicious one that does make you feel special.