Fighting our way past a rag-tag group of Guanabara carnival dancers (some of whom might want to rethink a sequinned g-string in a breezy overcast Covent Garden – and I’m not just talking about the women) was not how I had imagined my arrival at Rules. 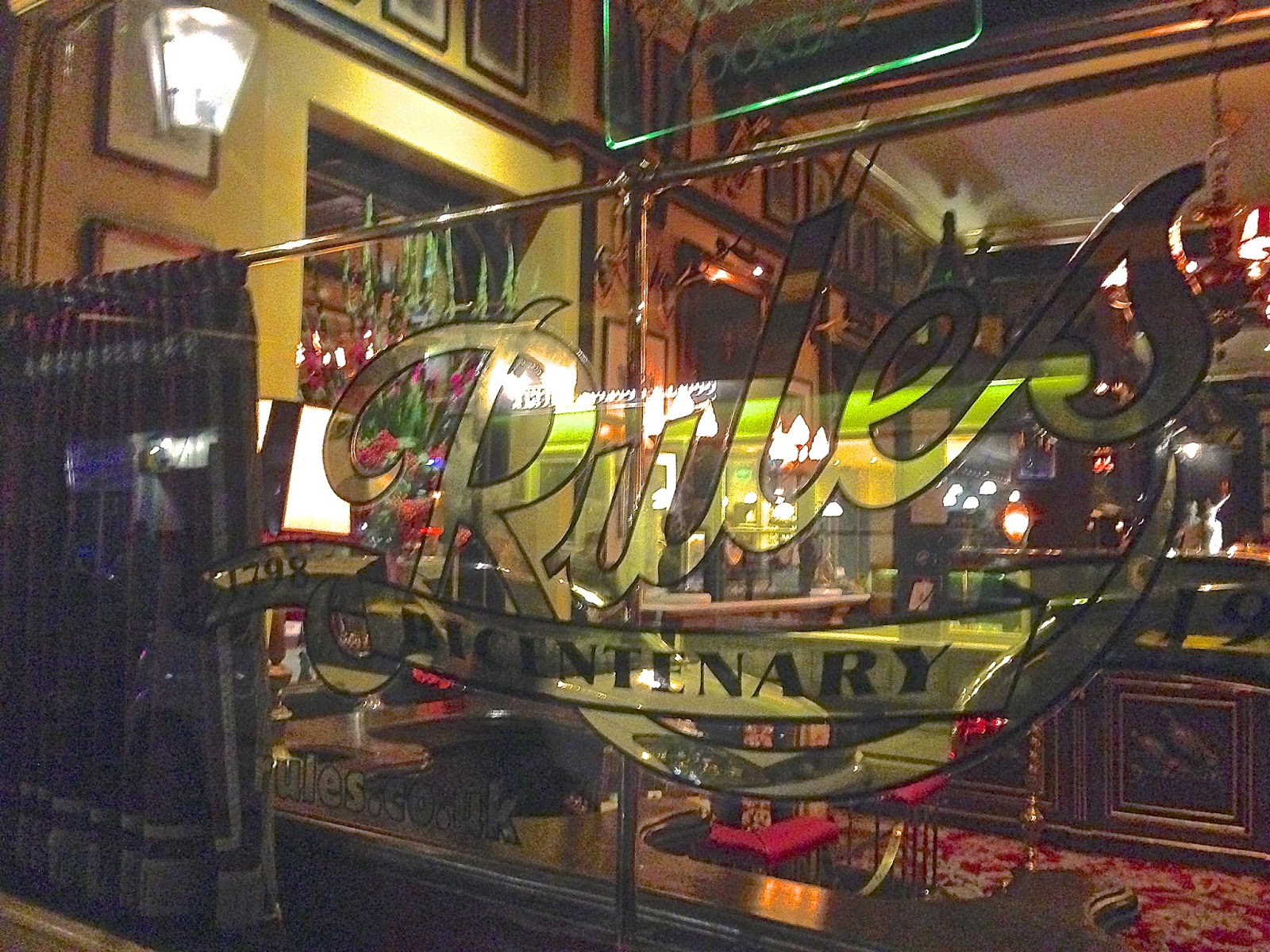 This was not my first visit to Rules, the last time being almost a decade ago and as a host for a work dinner back in the days when entertainment budgets had several zeros.  I had one of those ‘cultural sensitivity’ incidents that those who work in a corporate environment with an avid HR team will be painfully conscious of.  Smoked salmon arrived. A table of colleagues of around 10 different nationalities all looked in bemusement at the beige fabric parcel on their plates. After seeing me pick it up prod it with a fork and squeeze liquid out onto the salmon tentative questions were asked – the main one being “but why?”. Nil points for British Cuisine so far then. Things carried on in the same vein with roast beef and Yorkshire pudding. It didn’t occur to me to warn them that the innocuous creamy sauce on their plates concealed fire in the form of horseradish the result being a United Nations worth of lawyers joined in their common hatred of British food through tears streaming down their faces. I recall an Indian gentleman spluttering “I like spices, I eat a lot of chilli, but this? This is evil!!!” Oops, no job offers in diplomacy for me in the near future.

The positives that I do remember from that evening were both the attentive service and the beautifully decorated private room we were squirrelled away in so it would prove interesting to see if the experience was the same for common or garden diners. I also learnt that very few people of any nationality can find treacle tart offensive and thank goodness for that.

Rules has a significant history to it not least for having been one of various central London destinations where the then Prince of Wales (‘Bertie’ to his friends) carried on his secret – or not so secret – assignations with mistress Lillie Langtry. Even now regulars can enter via a private door reputed to have been used by Langtry. Stories of this ilk combined with the chockload of antiques and pictures and a Covent Garden location makes it a mecca for tourists. Indeed, on this visit Japanese and Americans made up a majority of the diners. 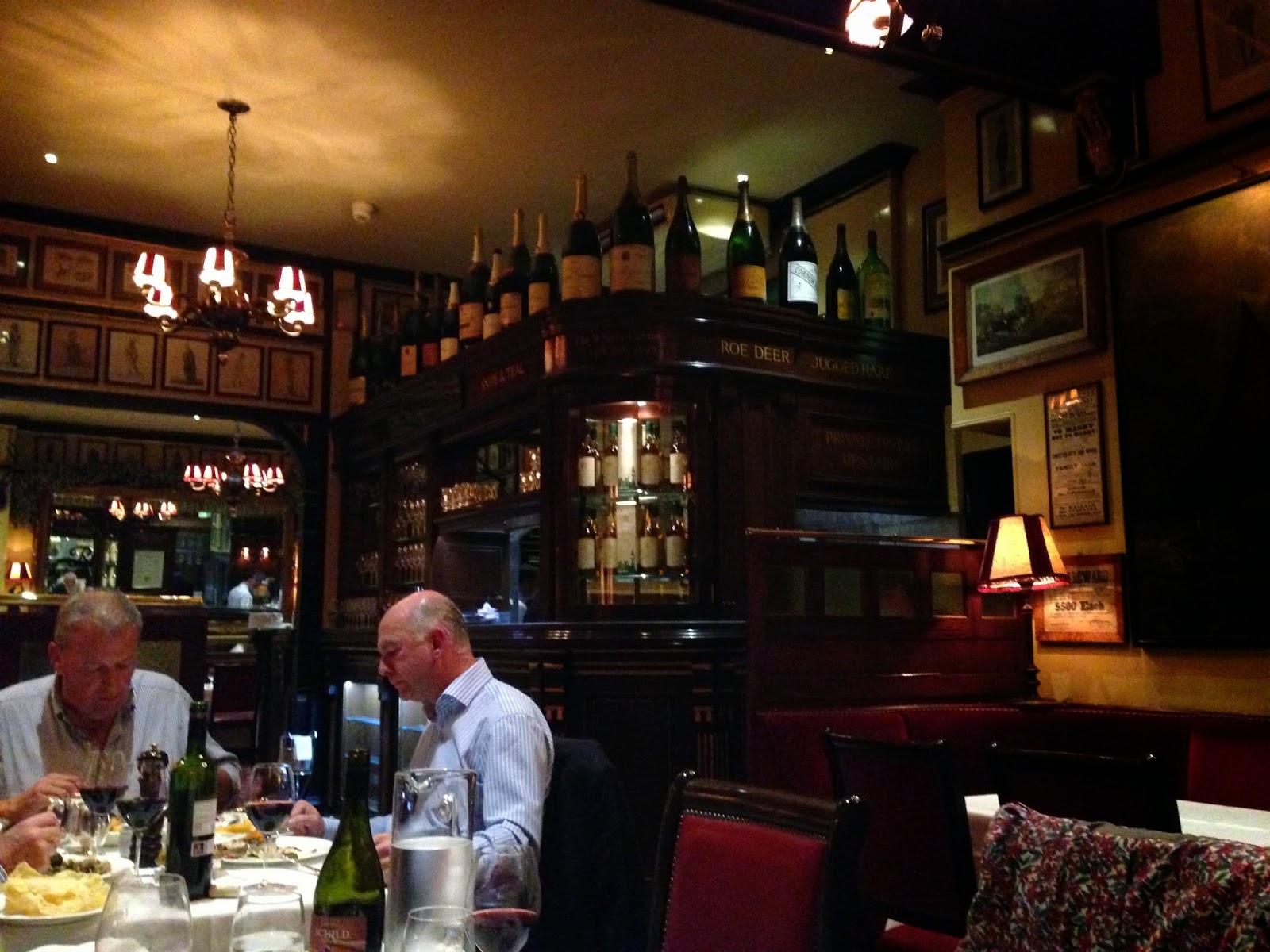 So, fast forward ten years or so and is Rules still the same place? This time we were sat downstairs in the main room nestled under an unusual painting of Maggie Thatcher – see what I mean? 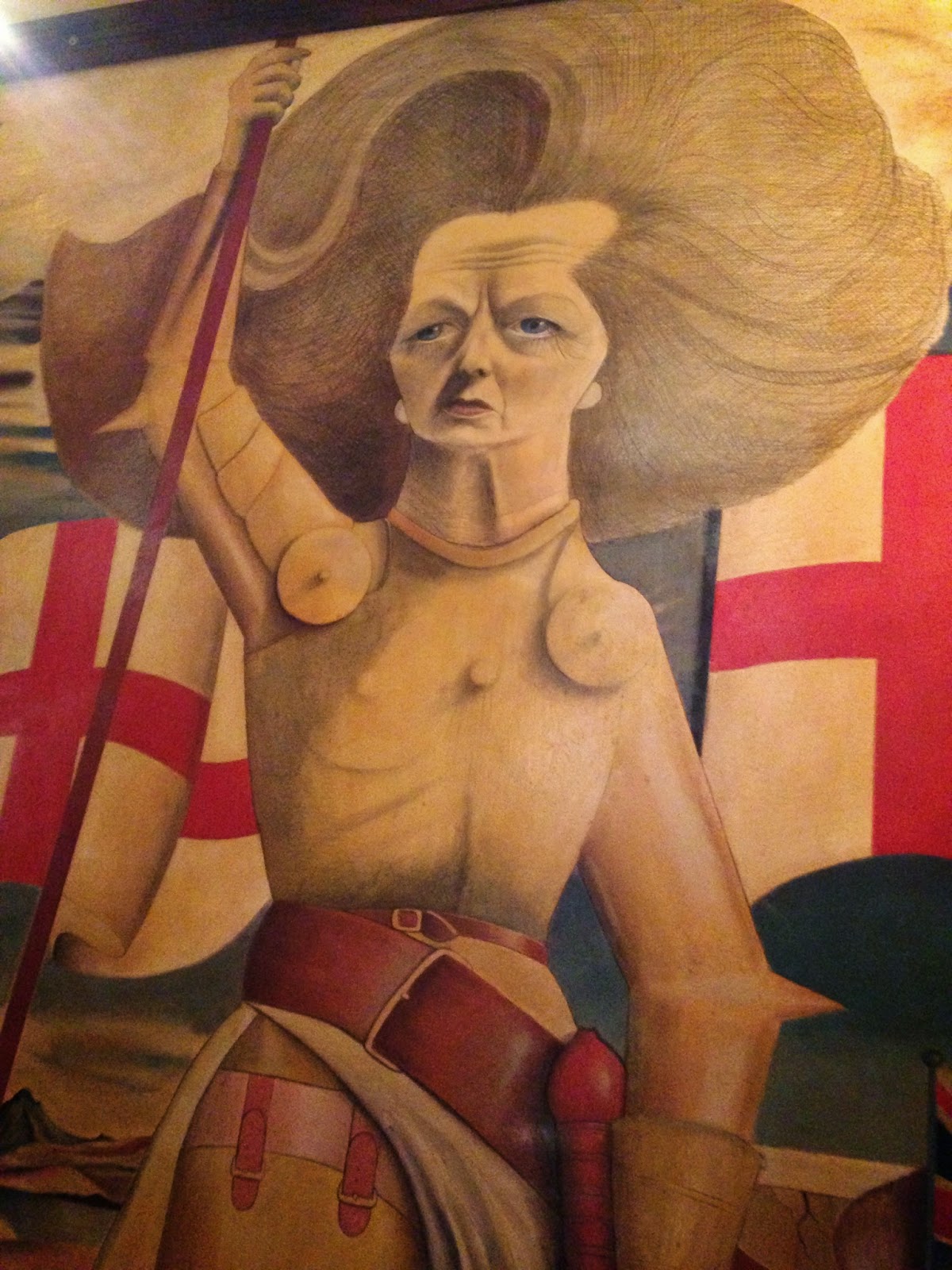 The impressive reputation of “London’s Oldest Restaurant” brings with it a certain level of expectation and cachet. This assumption of cachet seems to be directly reflected in the attitude and demeanour of various of the serving staff who treat guests with a certain froideur usually reserved for the snootiest of Parisian brasseries which is unfortunate as the food is very decent. Our waiter was distinctly unhelpful, seemingly adopting an attitude designed to make you feel as though you should be grateful to be there.

The menu is understandably very traditional and very British. You’re never going to come here looking for culinary wizardry or foams, savoury snows and anything sous vide. A starter of smoked duck salad with stilton was good but largely down to the quality of the ingredients rather than any level of culinary expertise. 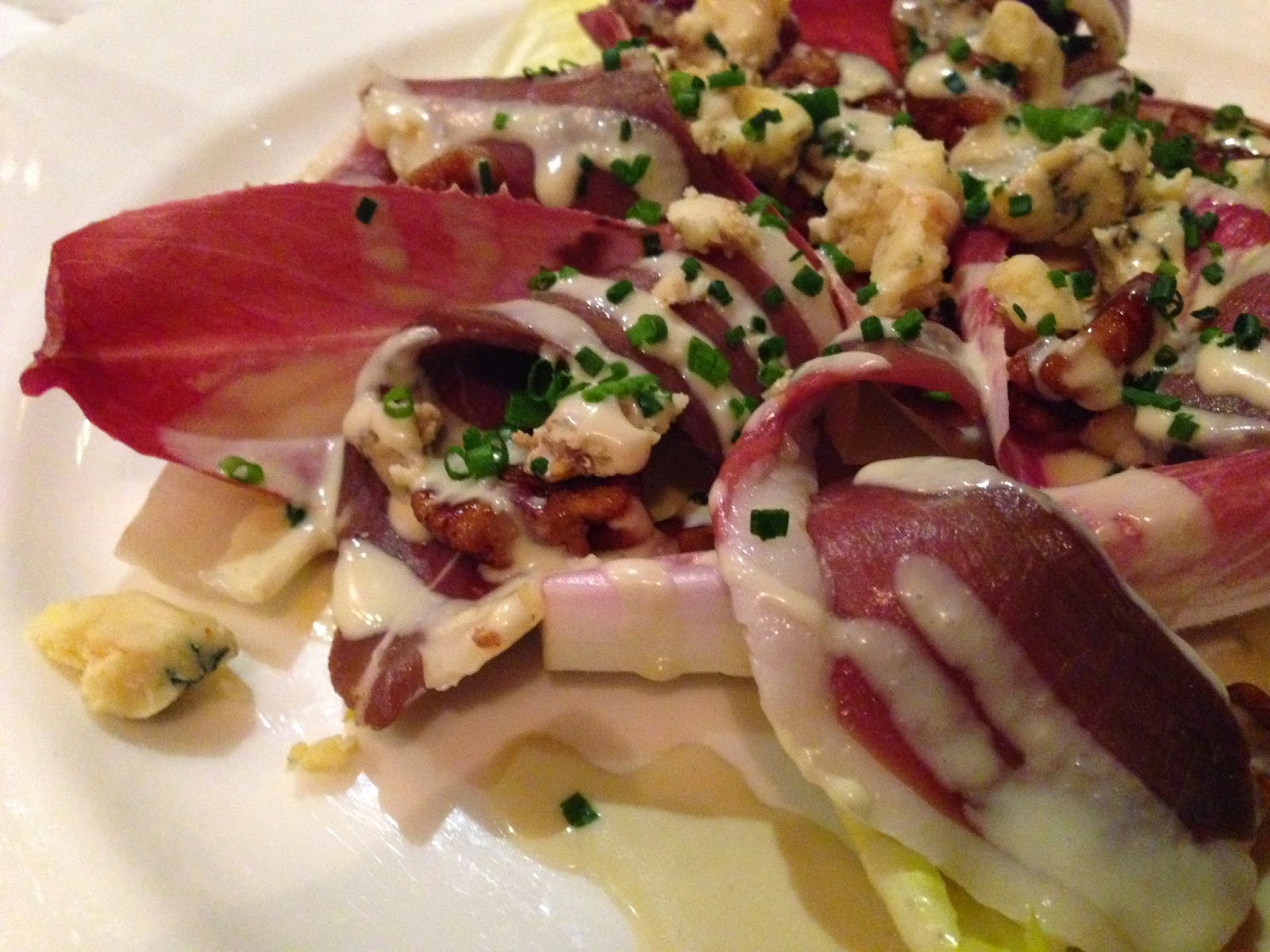 A dressed crab with a delicately flavoured aioli was plentiful and, again, of excellent quality. 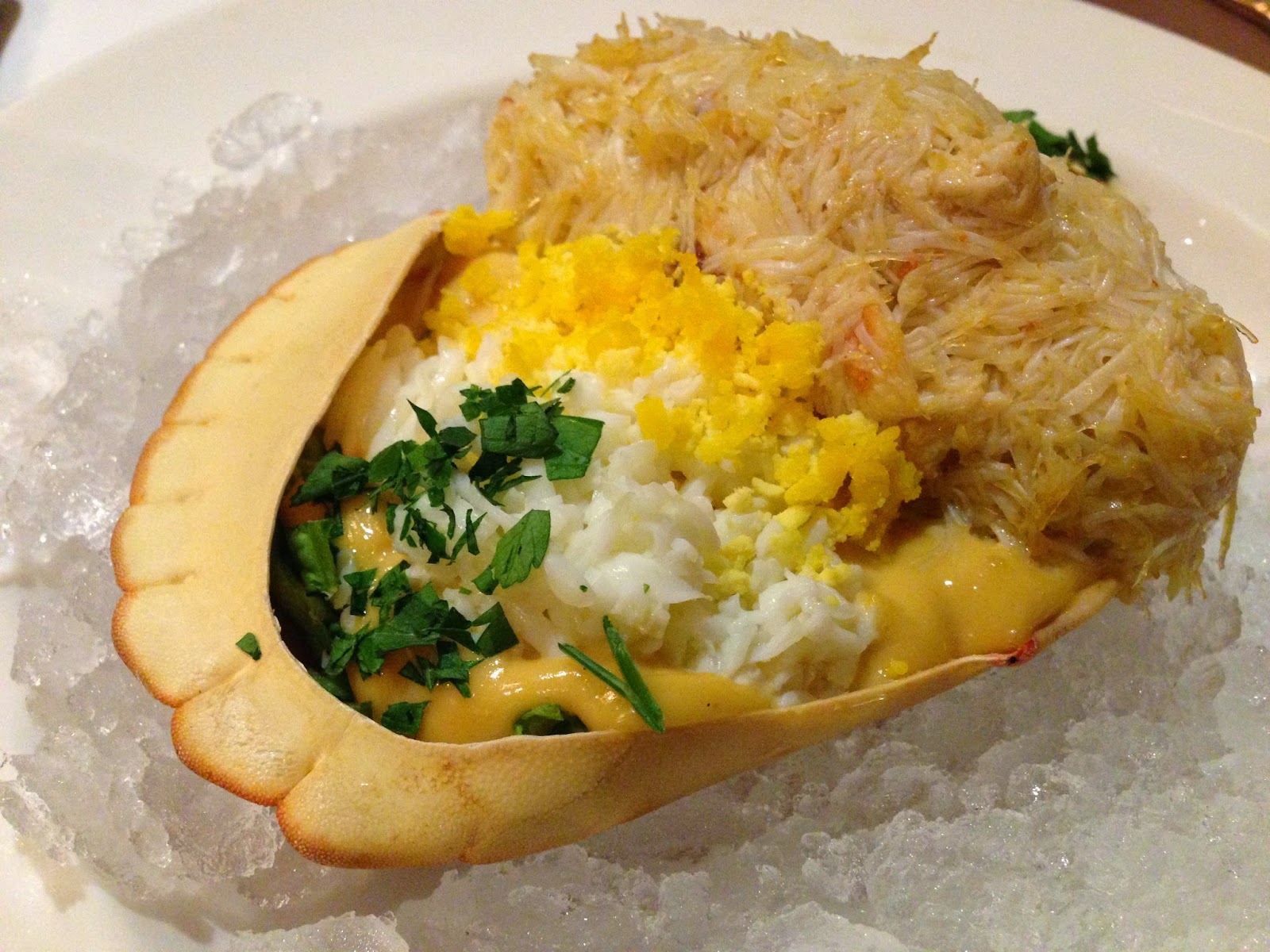 Smoked salmon (£15) was served with that pesky lemon muslin again with the option of chopped egg or not. personally I find the addition of egg a little too breakfast but nice touch nonetheless. 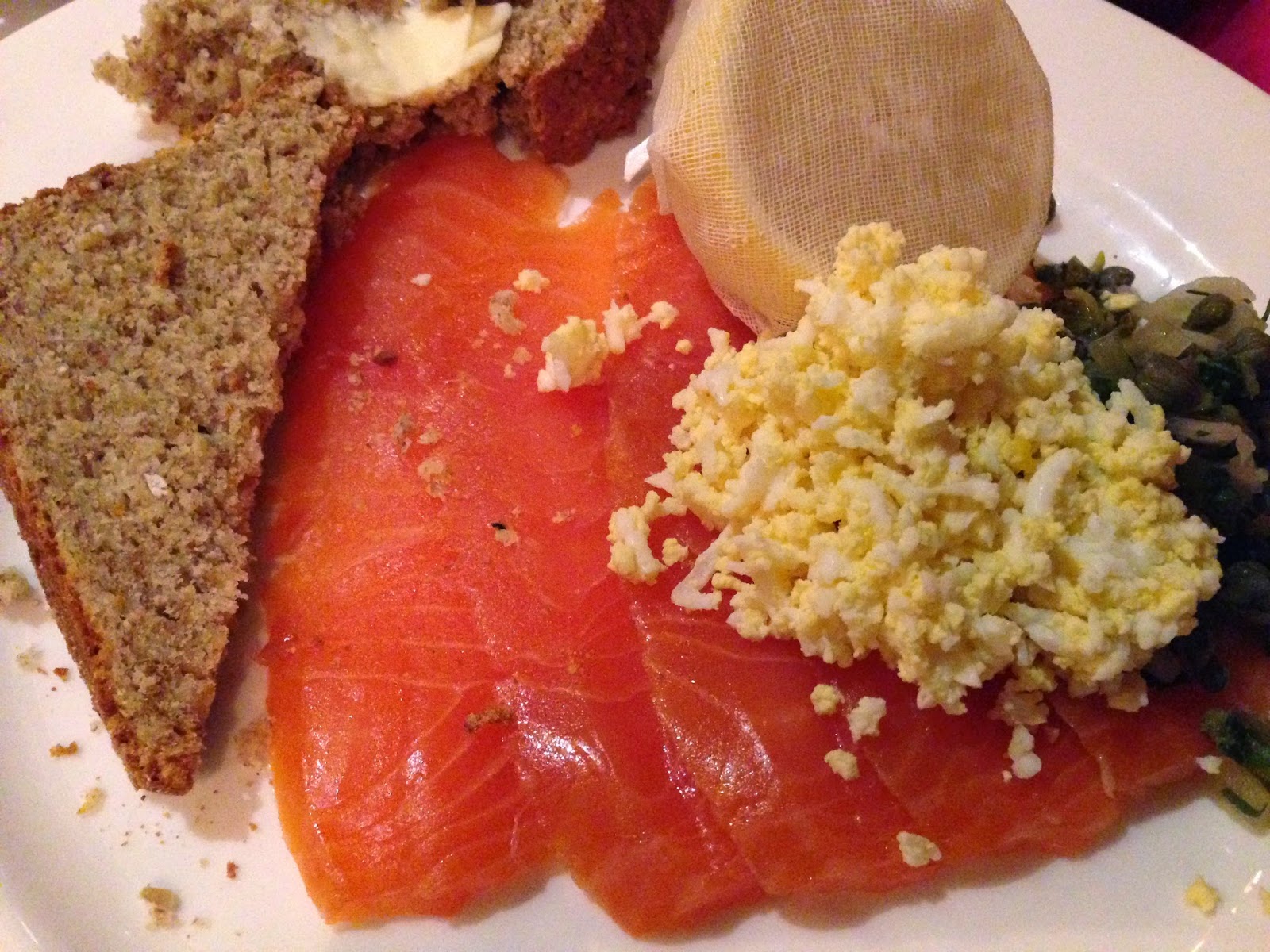 I was abroad for the glorious twelfth so this was my first occasion of the year to eat grouse. A whole grouse no less (£32). In hindsight I should probably have taken up the option of the bird being pre carved and served ready to eat but I got all cocky (see what I did there?) and decided I could do it on my own. So a carcass arrived at the table, feather strewn legs and all and I got to work with a rather large knife. Not a very sharp knife incidentally so it did all rather descend into a Neanderthal display of tearing meat from fowl.  The Americans sat at the table next to me looked slightly horrified. The flavour was good though- just the right side of gamey and still moist- and although I might have regretted how I’d opted to have it served I was glad I went for it. I somehow always manage to forget that “game chips” aren’t chips at all in the British sense but crisps. I know its tradition but it still feels weird having a plate of meat, veg, gravy and the best part of a packet of crisps. 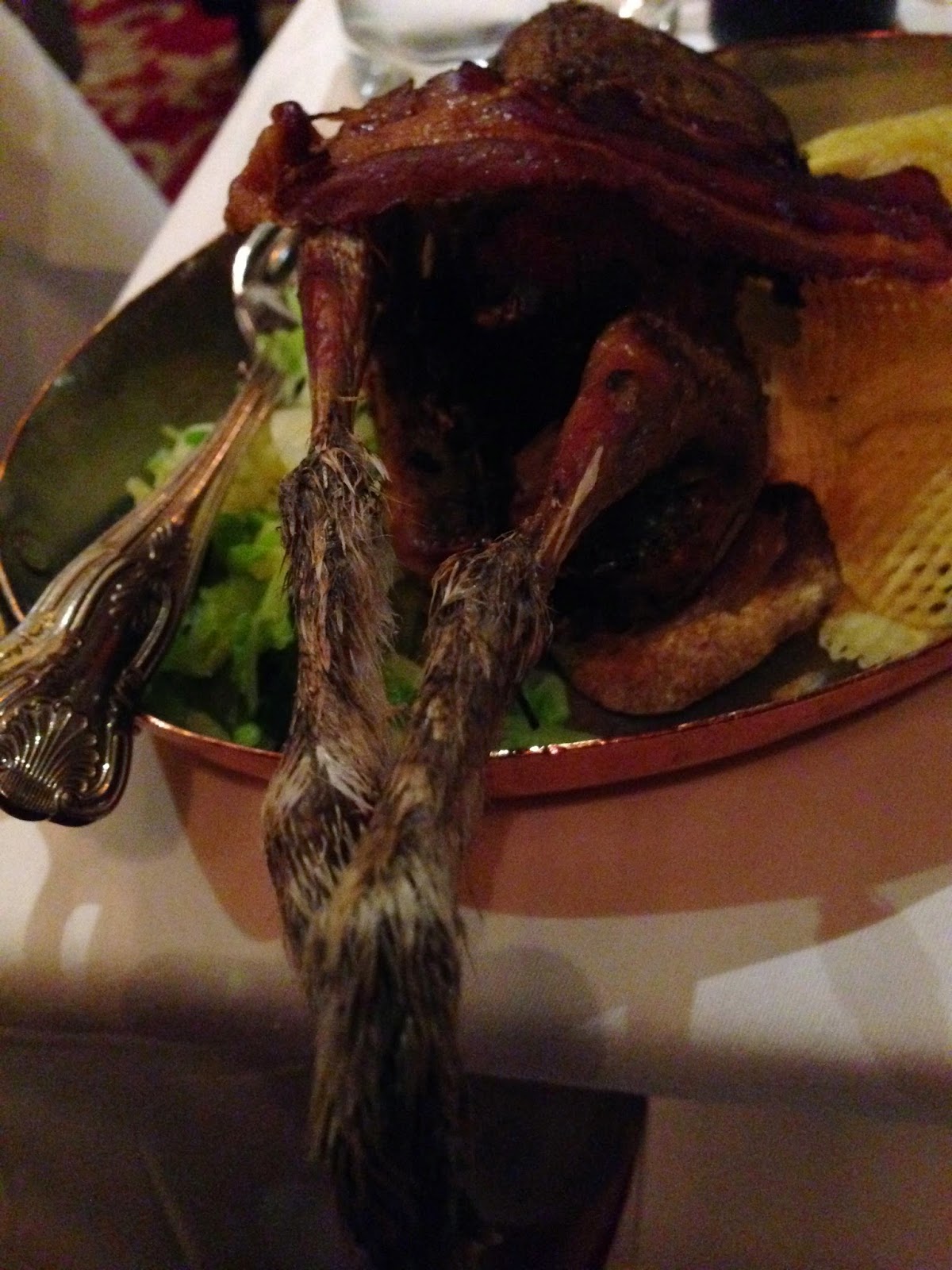 Steak and kidney suet pudding (£18) was hearty with a suet pastry so full of grease it was almost translucent. Breaking it open revealed a rich, meaty filling surpassing all of our expectations. Vegetables and sides are well cooked if unexciting. 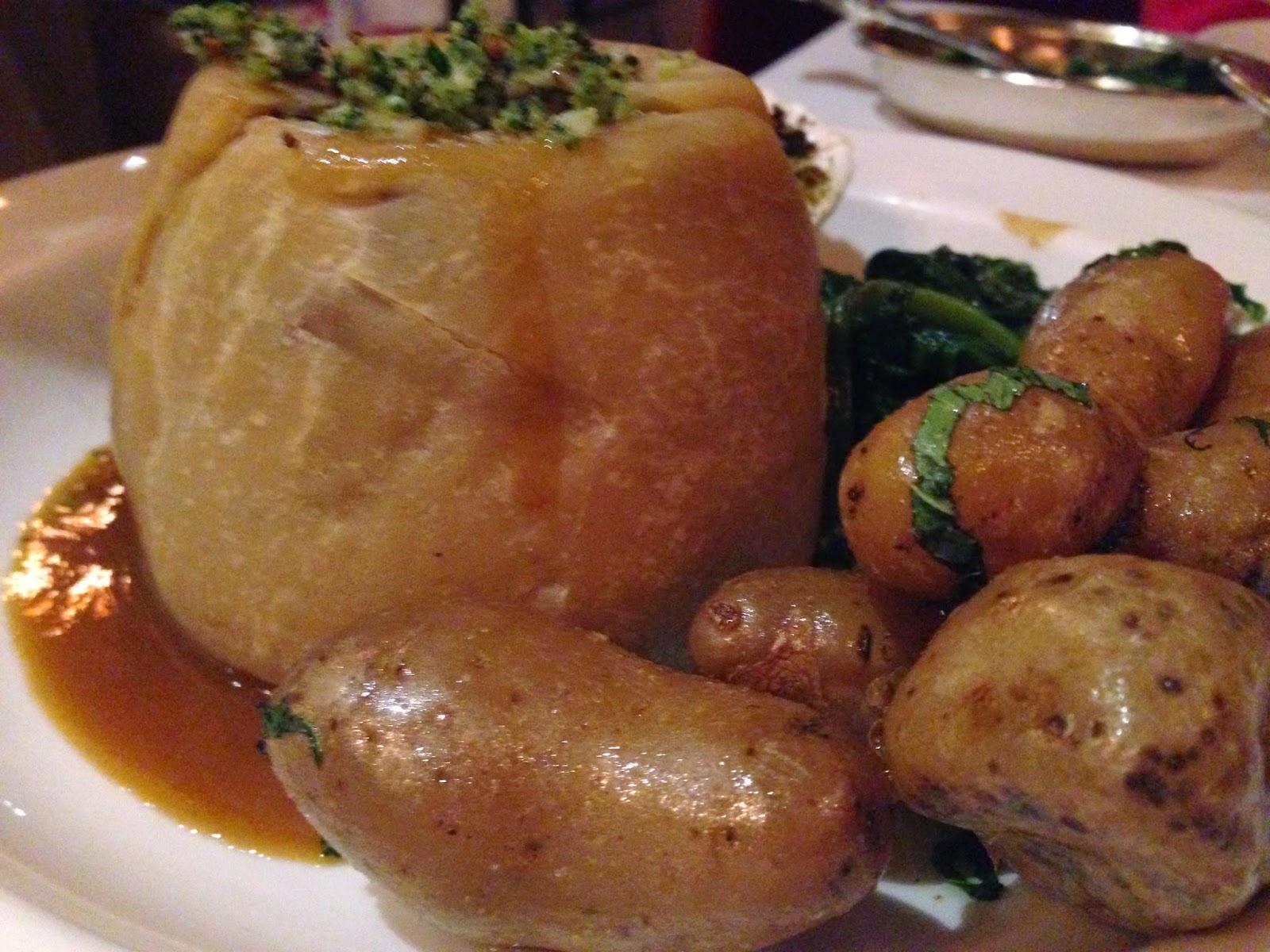 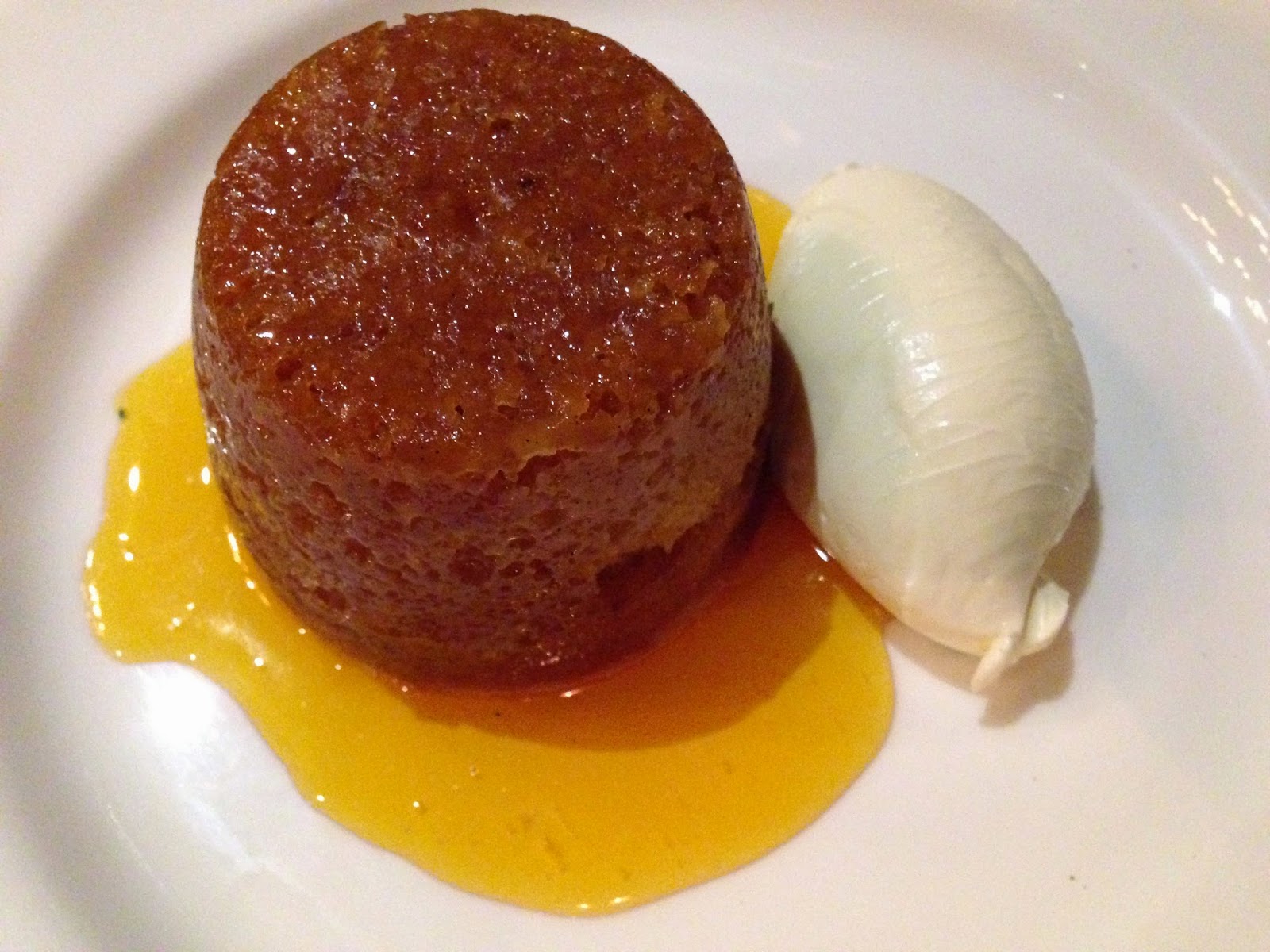 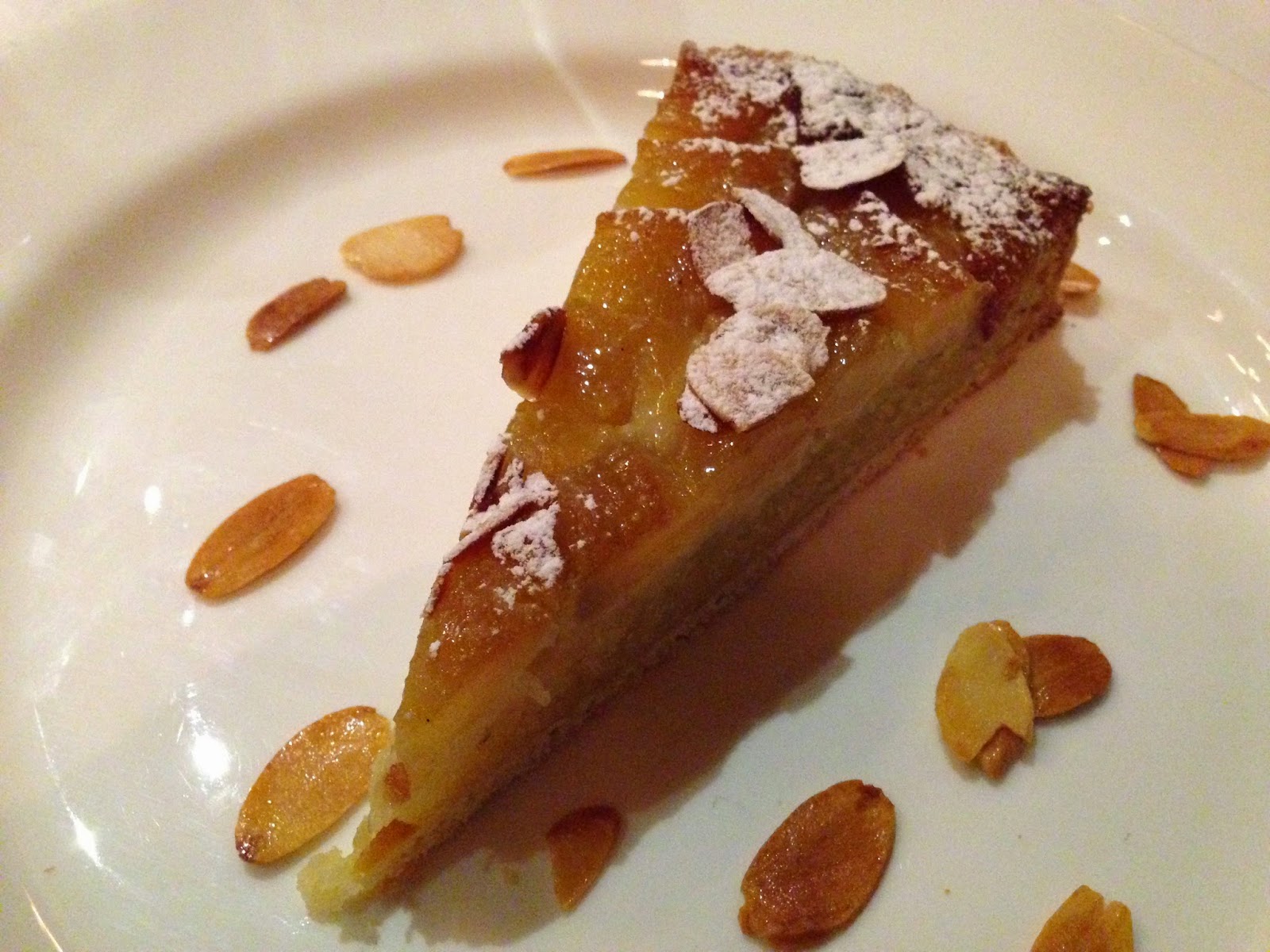 Would I go back? I’m sure that I will, although not on a regular basis, its rather too pricey for that. If you want to experience the place without the almighty price tag then pop into the upstairs bar for a cocktail.

Highlights: The crab, the pomp of the surroundings and all the desserts.

Summary: It feels like its become a little touristy but can still be relied on to provide well executed British food albeit at an eyebrow raising price and will undoubtedly remain as part of London’s dining Establishment for years to come.