A few nights ago I saw heaven. Heaven is located in 6th arrondissement of Paris.

Taillevent is a bastion of classic French cuisine having been named after the nickname of 14th century chef Guillaume Tirel who created one of the first ever cookery books at the behest of his patron, King Charles V. You surely can’t get any more French than that? It first opened its doors in a flush of post war Parisian pride in 1946. Three venues later and an ascendancy from a first star in 1948 through to a third in 1973
gave it a fixed place in the Paris gastronomic firmament. 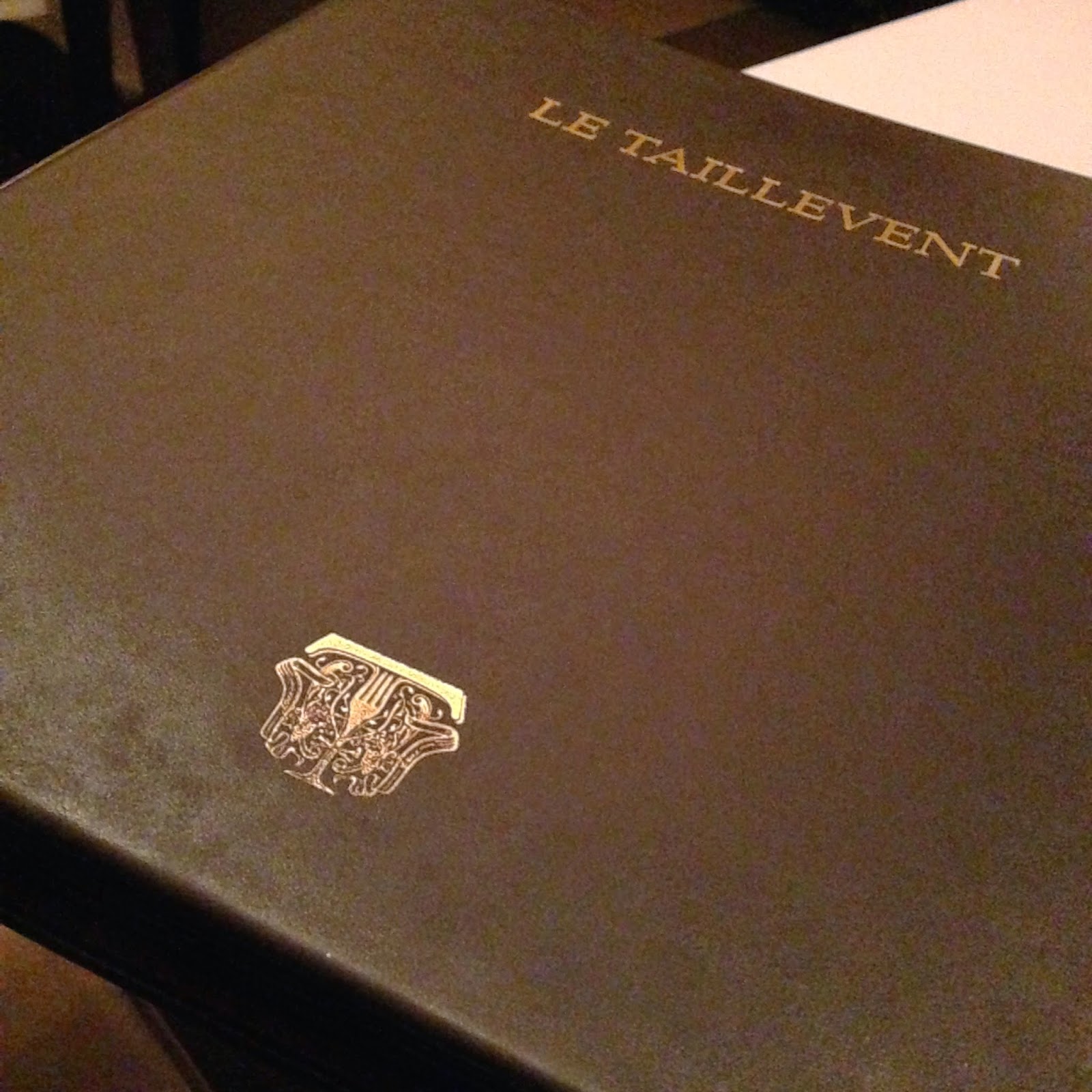 Current chef, Alain Soliveres, has been in place since 2002. Taillevent’s stellar domination took a dent in 2007 when their third star was removed by Michelin. It hasn’t come back since – it being notoriously difficult to recover a star once its gone – but the meal I was served was an equal to any three star meal I have had anywhere around the world.

The start wasn’t quite so heavenly admittedly. I arrived early (my bad) and was consequently the first person in the silent restaurant. Three dark-suited waiters peered curiously at me – I think a woman dining on her own might still be an oddity-  and much whispering ensued before a wine list was produced. I buried my head deep inside the list (easy to do, its massive) to hide, cheeks burning. After working through Burgundy and Loire by way of Bordeaux and Champagne I paused and looked up. Three waiters had amoebically morphed into eight, stood in a row, staring at me. My head went back down and I blurted out an order of a glass of house champagne to keep the hovering waiter at bay.

Taillevent have in excess of 50 own labelled wines all sourced from big names in the French wine world. Their house champagne is by Deutz whilst Bordeaux names include the Chateaux of Rauzan-Segla, Phelan Segur and Haut Bailly. Things became more relaxed once accompanied by the gentle fizz of a glass of Deutz- nothing unusual- crisp with a little yeast and a general crowd pleaser as you would expect from a house champagne. 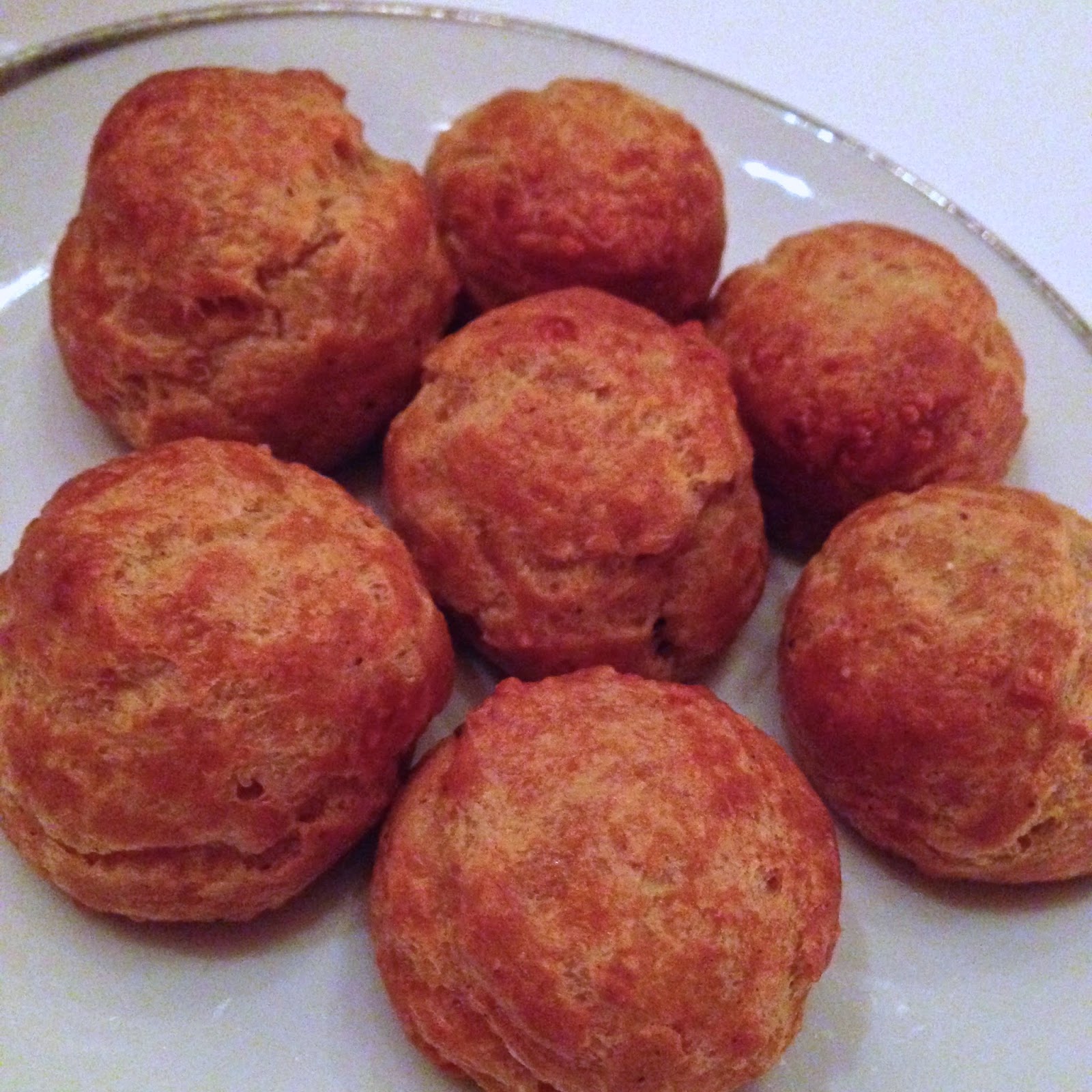 Few things in life can appear more deceptively simple but be more delicious than a good gougere. Perfect round pillows of cheesy air that deflate on your tongue into a soft savoury goo. These were made from comte and I ate more than my fair share (I think they felt bad after the initial cold staring incident and gave me a massive plate).

An amuse bouche of a langoustine encased in filo pastry in a sweet and sour sauce might possibly be likened in theory to a riff on a Waitrose Christmas canapé classic but was on a whole different level and disappeared in a flash. A crab terrine was amongst the prettiest dishes I’ve ever been served although the person charged with slicing the radishes, fanning them then squeezing those tiny blobs of green herb pesto around each plate must have the patience of a saint. Pulling it apart felt like an act of sacrilege but the flavour was worth it. Intense crab bound in a soft creamy sauce, cut through and contrasted by the lightly pickled radish and pesto. Why add too many ingredients when the base is as perfect as this? 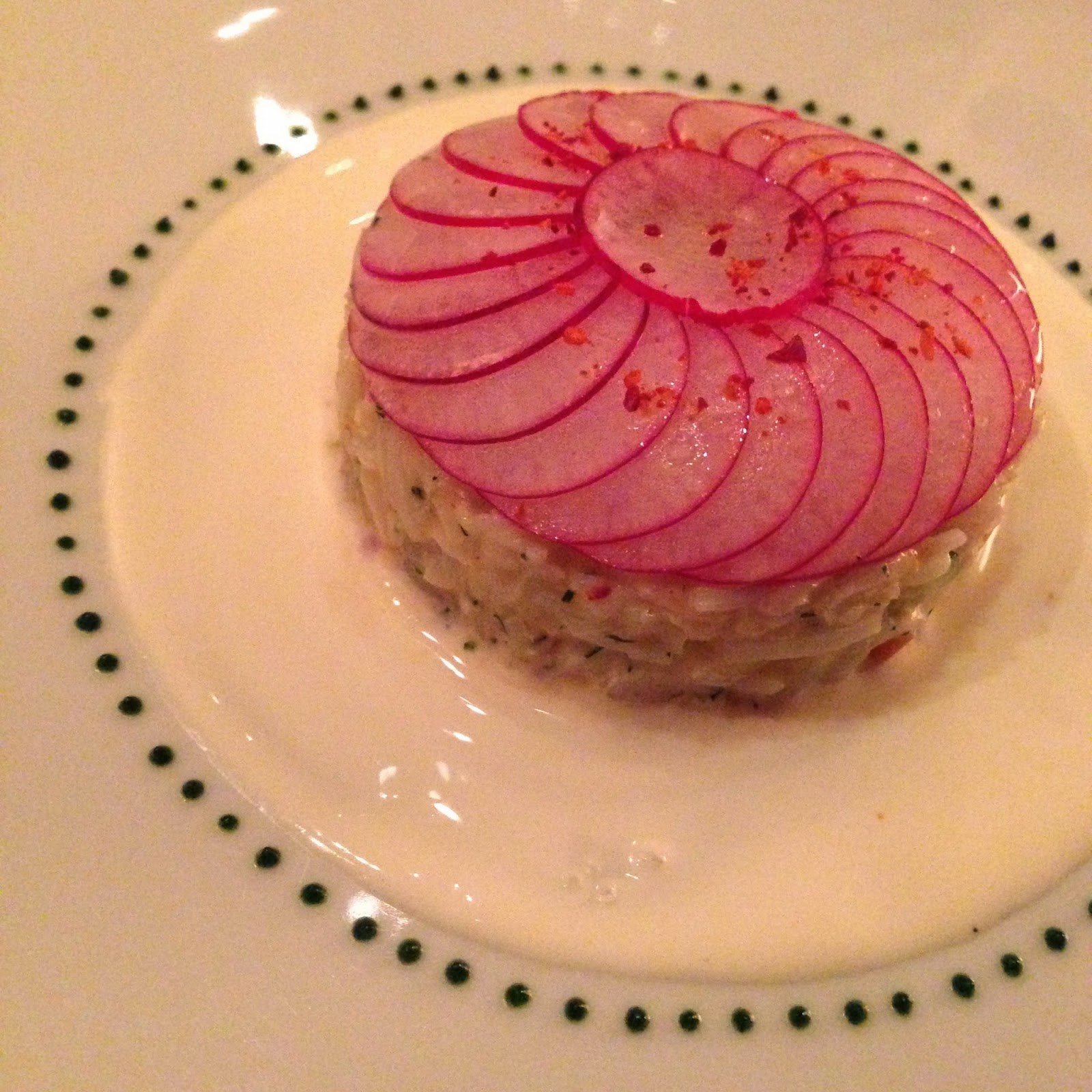 Paris wouldn’t be Paris without frog’s legs.This version was served with a spelt risotto and brown butter. I’m not sure that I’ve ever found a great deal of flavour in the frog’s leg itself – its one of those meats that falls into the cliché of “tastes like chicken” – but rich butter and translucent wafers of fried garlic gave it enough flavour that the frog might be lacking to a non-comprehending ‘rosbif’. 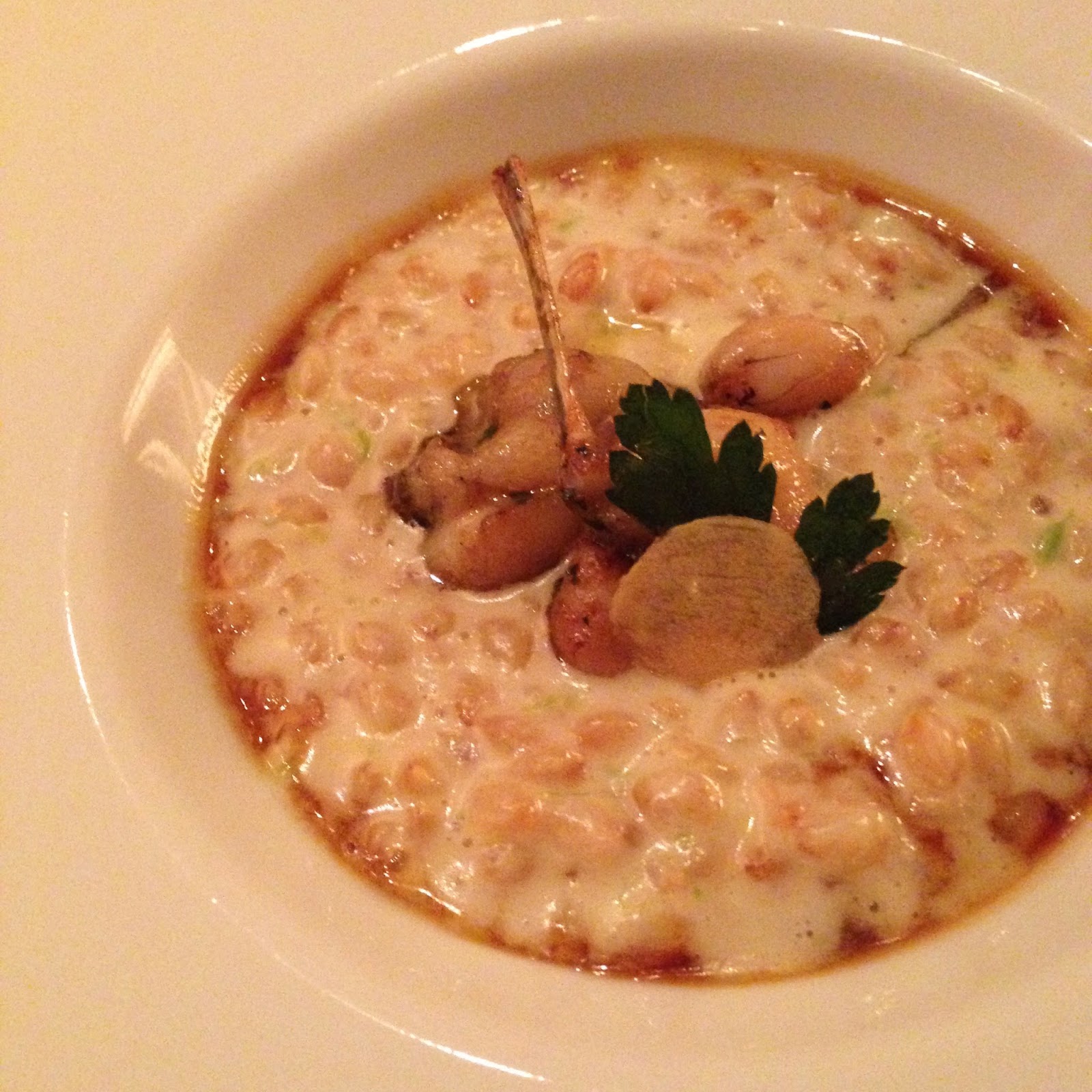 A rather large slab of pan fried foie gras with reinette apples and muscat grapes came next. Of course I ate the whole lot but in all honesty both my rapidly furring arteries and I could probably have done with half as much. A weak complaint though as it was properly caramelised to a crisp on the outside but with a warm, wobbly and gelatinous interior. No graininess or slight bitter favour as you occasionally get from less superior foie gras. Skinned sweet little explosions of grape and soft apples were ideal (although I’m feeling for the chap peeling the grapes- here’s hoping it wasn’t the same one who had to finely slice and layer all those radishes in the crab dish). The sauce was a masterpiece. Deeply savoury to balance out those sweet apples and grapes and reduced down to a small sticky puddle. 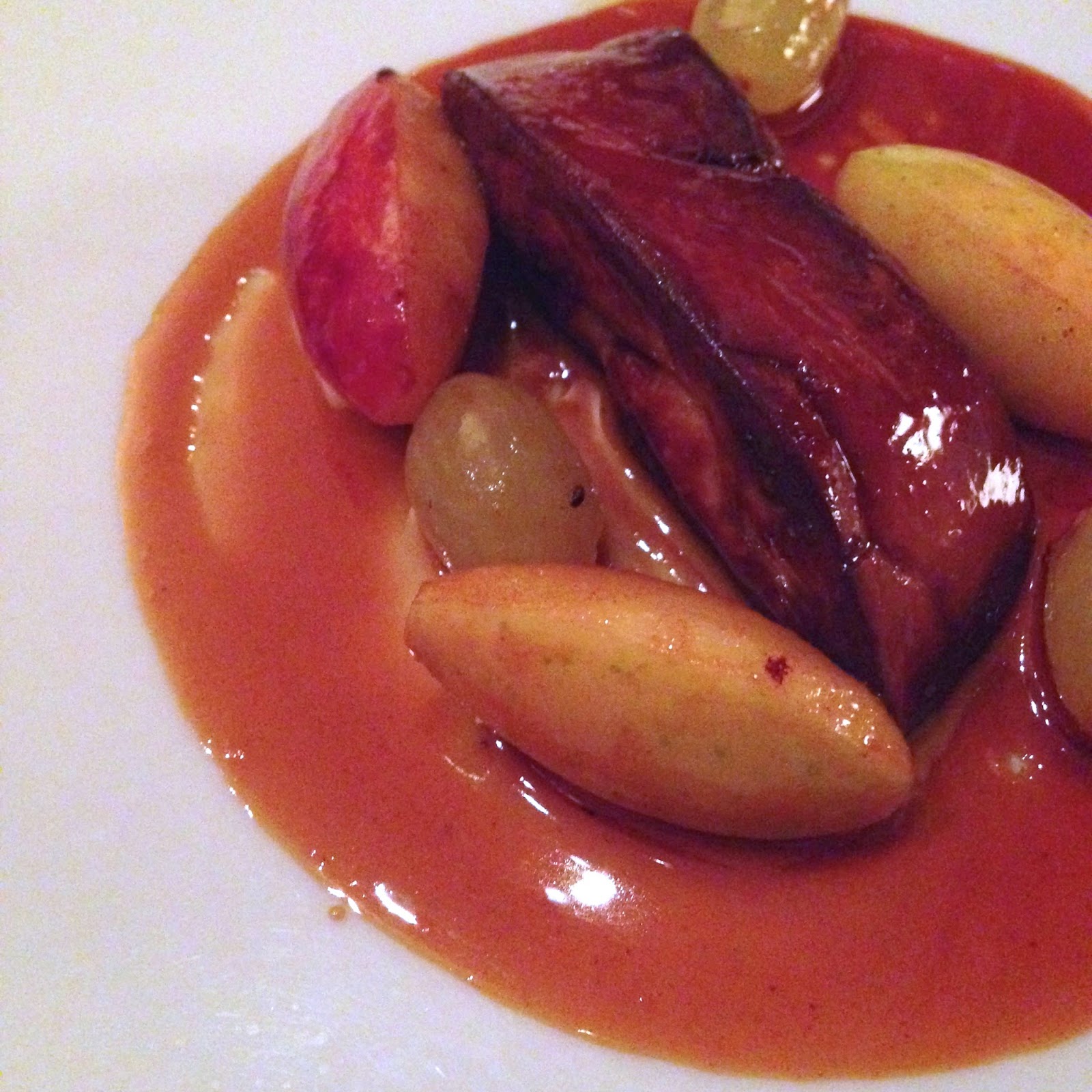 Ordering wine on your own can be a bit of a minefield in my experience as you are either limited to whatever is on offer by the glass or you have to order by the whole bottle and either be plastered or limited to one wine throughout the meal. For the most part (and yes I know there are exceptions) restaurants in the UK are not great at offering a good selection of half bottles. This is something that French restaurants excel at. A half bottle of 2000 Sociando Mallet set me back about 60 euros which, whilst pricey, is comparable to half the price of a full bottle. The 2000 is drinking perfectly right now, slowly gaining some more secondary flavours of cigar and smoke to complement an intense black fruit on both nose and palate. 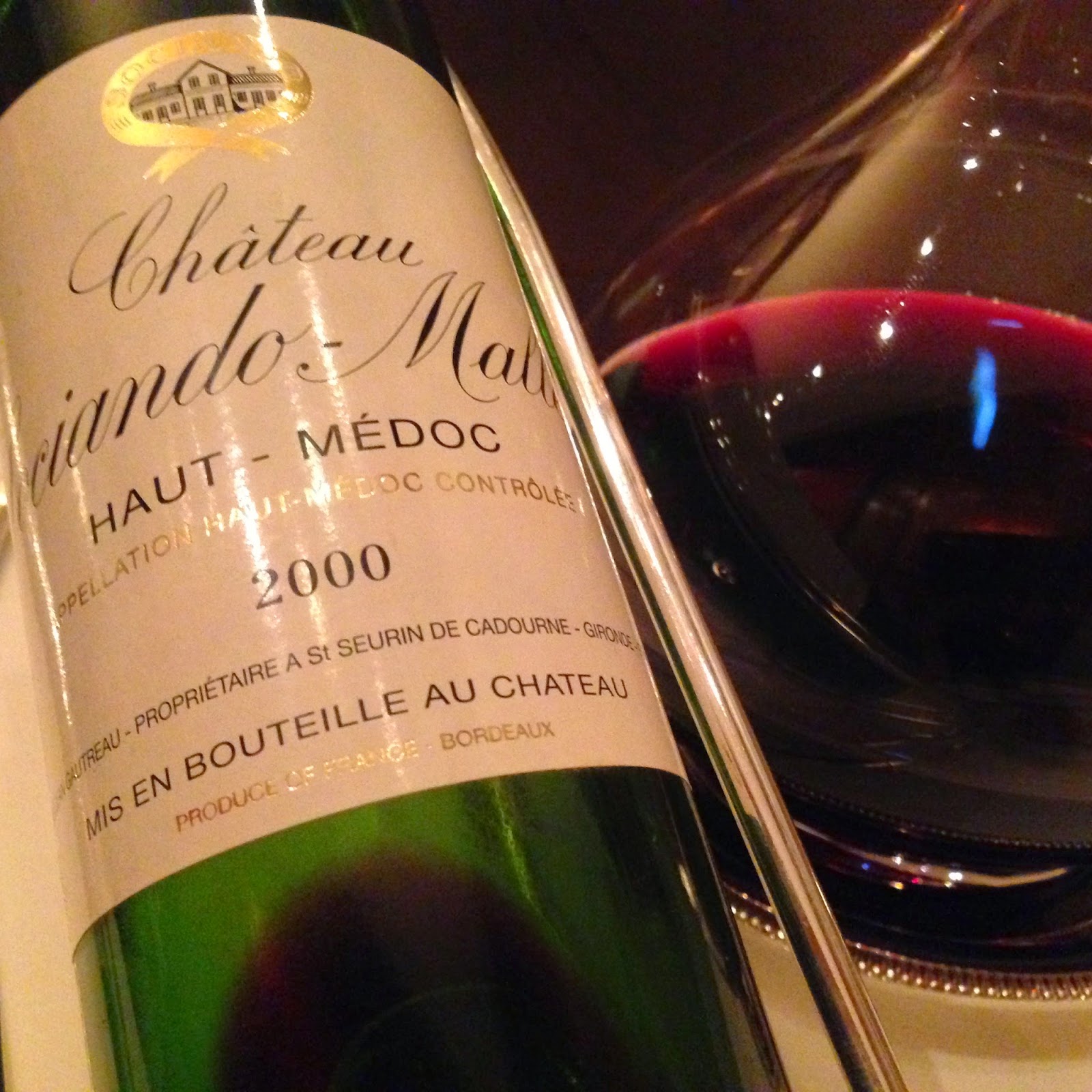 A pigeon pithivier seems to be something of a traditional dish at Taillevent and was cooked very rare with a mixture of winter mushrooms encased in a pretty puff pastry parcel. Sauces are all sensational at Taillevent and this one was no exception. Rich and cooked down to its very essence of red wine and game juices- clearly the work of several hours. From my perspective though, completely superfluous salad leaves! 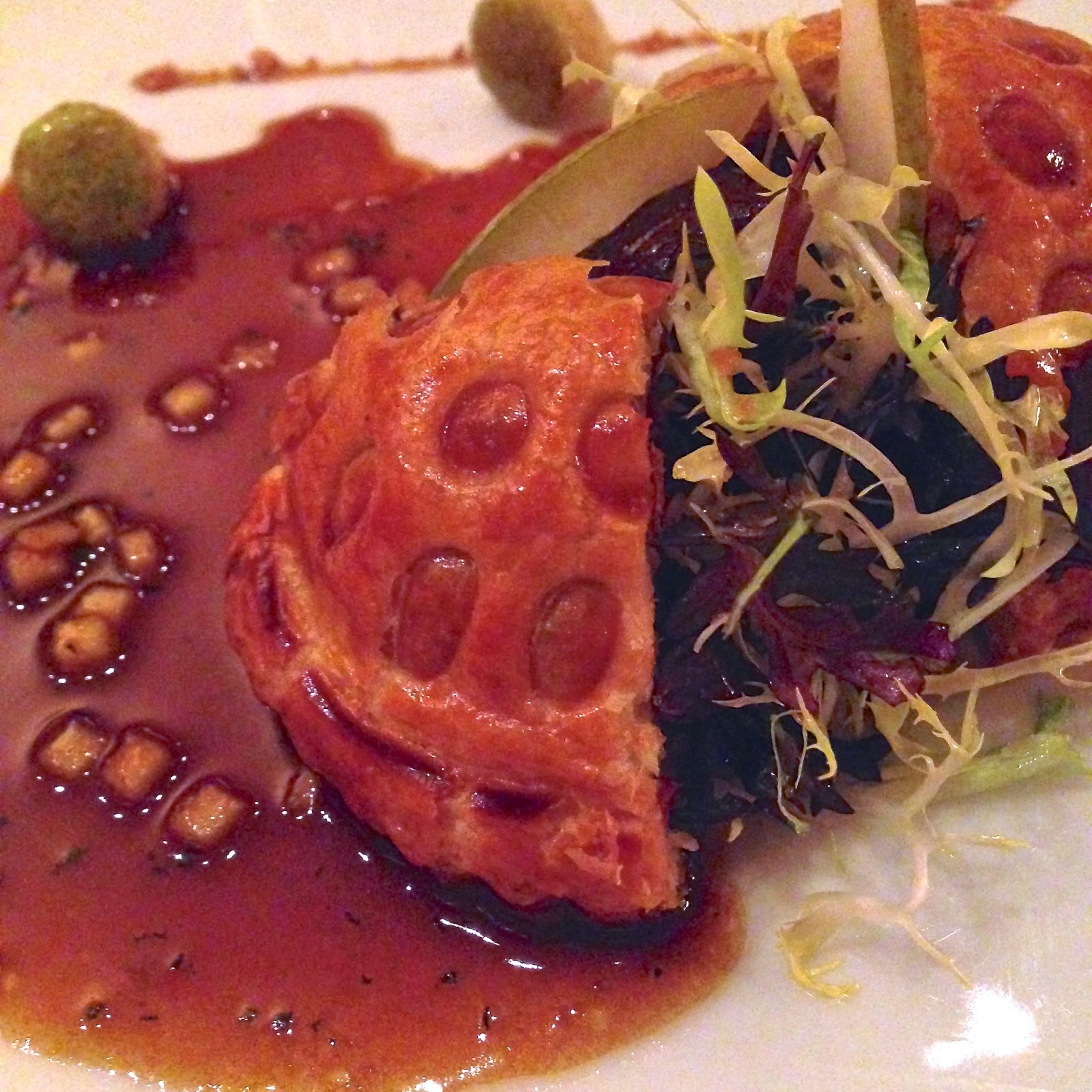 Any self-respecting French restaurant excels at cheese and Taillevent is no exception. You will never find a perfect triangular chunk of underripe brie served here alongside celery and a grape. Oozing cheese as far as the eye can see… A truffled Brillat Savarin invoked the equivalent of a food orgasm with very developed St Felicien and Epoisses taking me into multiple O territory. Having stratospherically exceeded my recommended intake of both cholesterol and salt on one plate it seemed like the sensible thing to do to proceed straight to dessert. When you’re in heaven no one’s counting right? 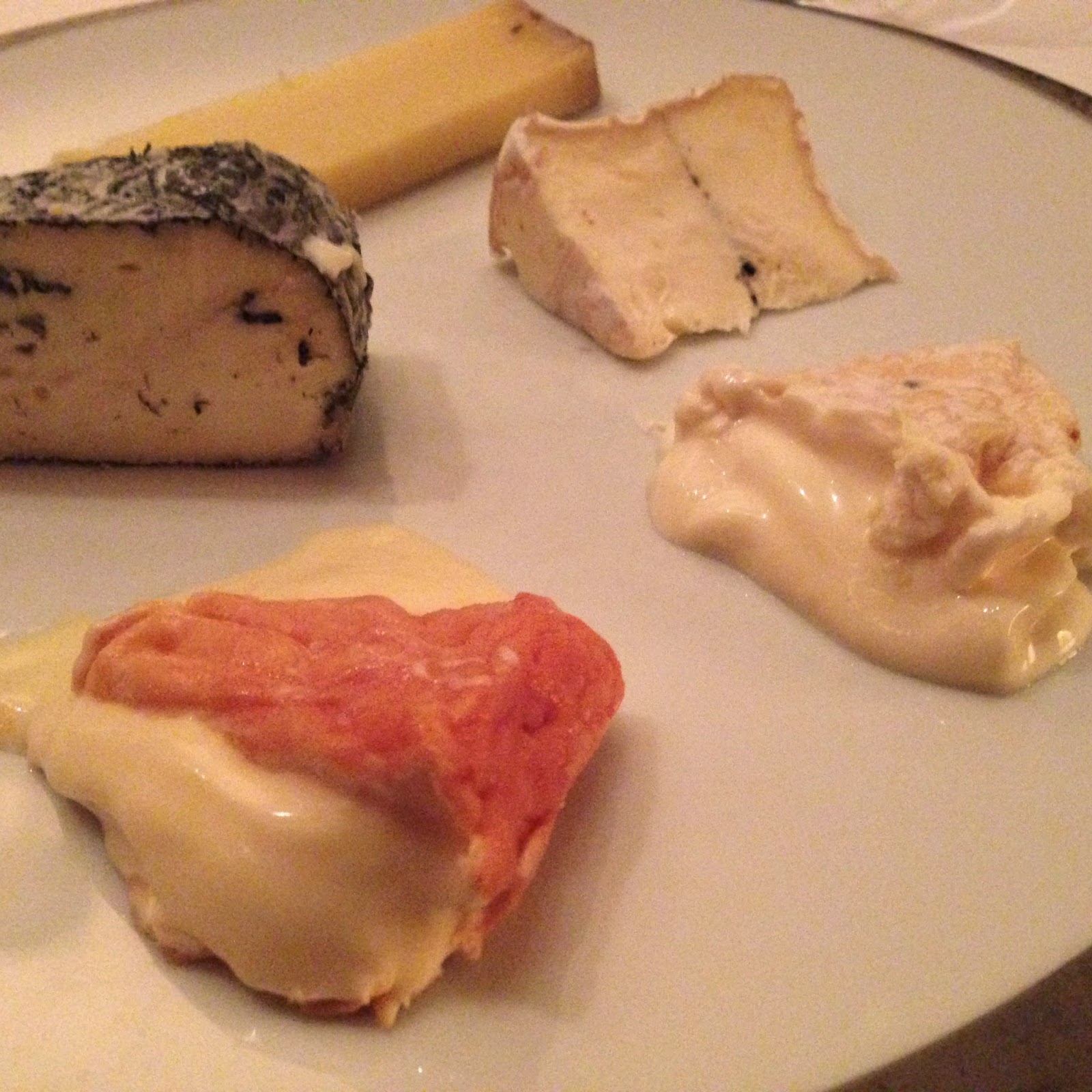 Dessert wouldn’t be complete without a decent wine to go with it and the claret was long gone with the cheese. A glass of Huet Moelleux Clos de Bourg 2003 can never be a bad thing. Its honey and sweet apricot fruit matched brilliantly with a pineapple and lemongrass sorbet and coconut cream parfait confection but less well with a dark and cloying Nyangbo chocolate mousse. It was filled with a vanilla ganache similar to the one found in Laduree vanilla macarons that I have never managed to replicate. I can only think that it involves an obscene amount of butter. 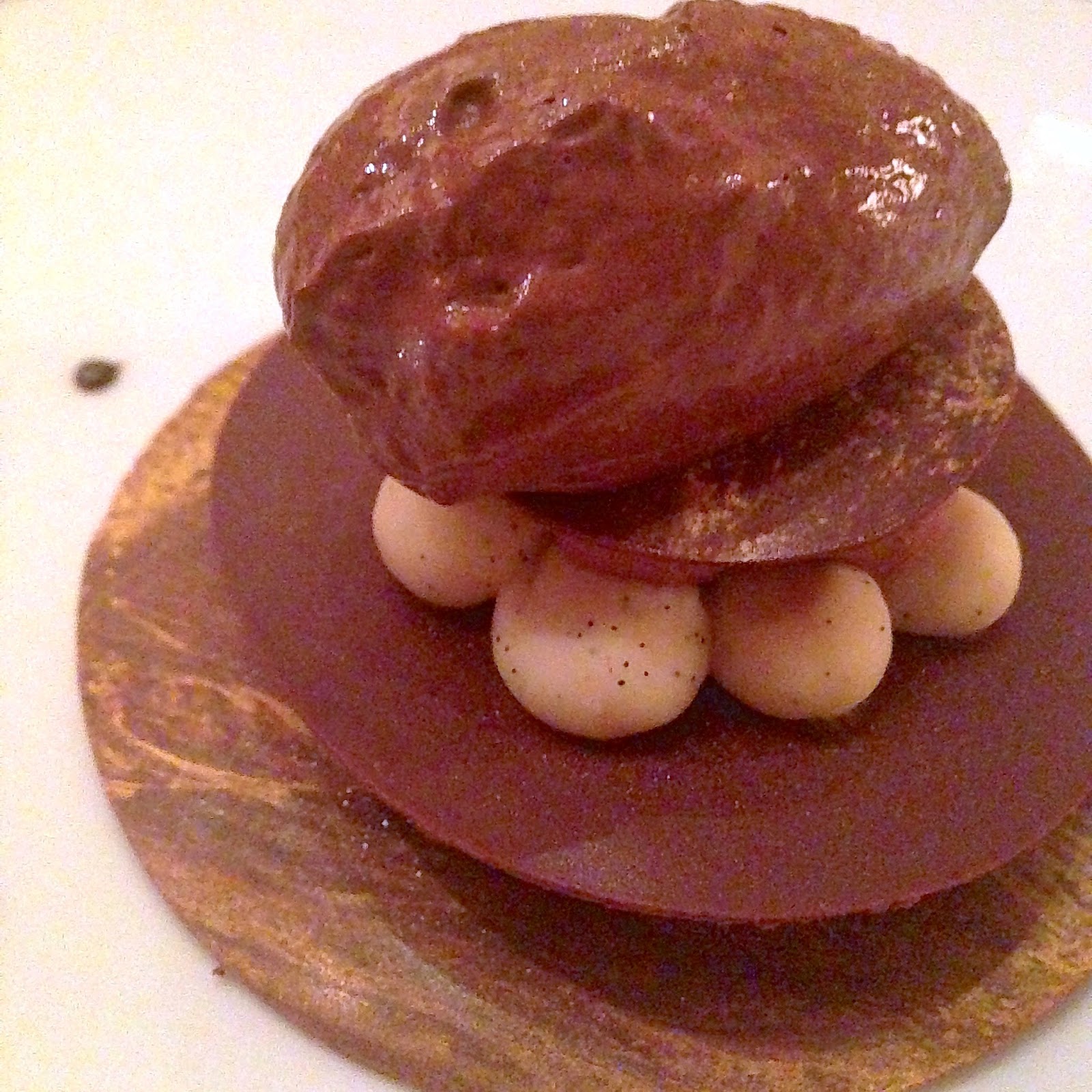 Petits fours included an utterly beautiful, light as a feather orange blossom marshmallow, the smallest vanilla macaron I have ever seen and a chocolate truffle. Enough, I’m done. Except I’m not as a bottle of house cognac and a glass appears on the table and is left for me to help myself. 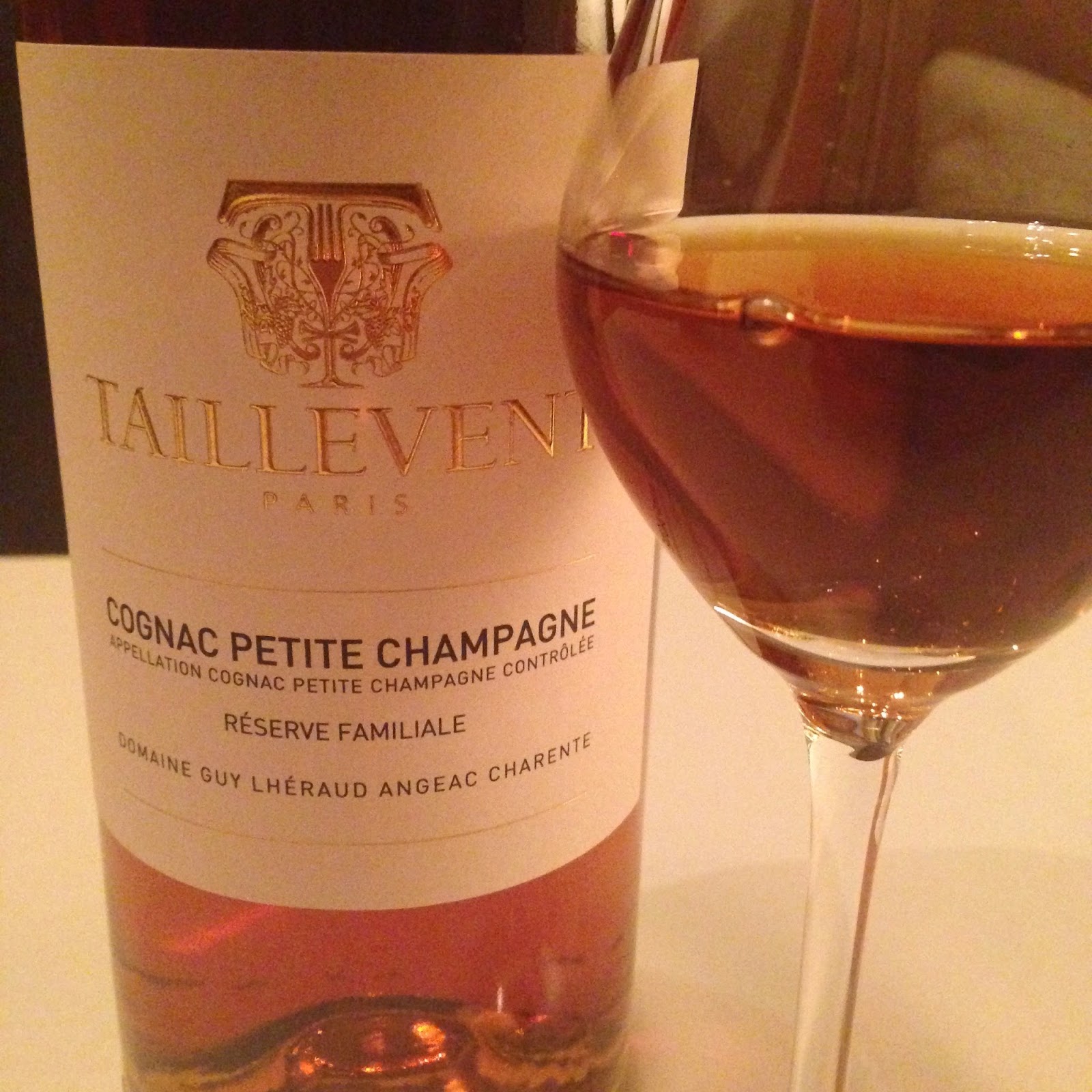 It’s entirely likely that the cognac bottle is strategically in place just in time to properly anaethetise you prior to receiving the bill. There is no other way of putting it, its very expensive. A 330 euros kind of expensive in fact (although granted I had good wine). This is a long, long way from being a cheap meal by anyone’s standards. By Parisian standards though it is positively good value for a 2 star tasting menu with wine. If someone told you than evening in your particular version of heaven would cost 330 euros who could say no? There is a cheaper way of doing things though; lunch is available for 108 Euros for 4 courses including drinks which sounds eminently more reasonable. 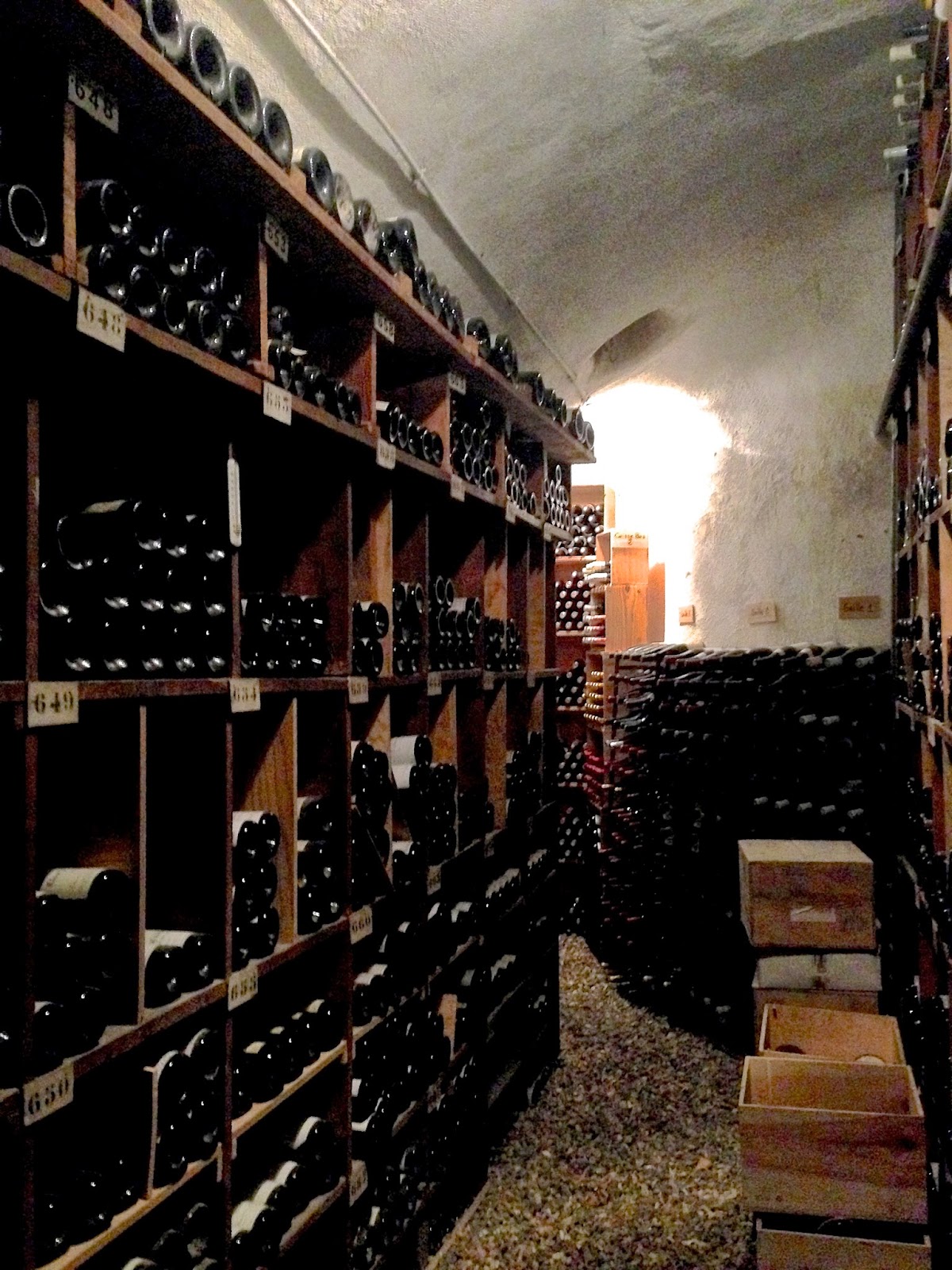 To round my personal heaven off in style I went for a quick gander at the wine cellar deep beneath the kitchens. ‘Cellar’ in the singular is a misnomer for they have five onsite cellars as well as various others around Paris. The five in the building are divided between Burgundy red, Bordeaux red, white, spirits and sparkling and locked behing steel doors by giant keys. The floors of all them are covered in gravel and pebbles to help moderate humidity and to absorb movement (the building is close to a Metro line). It was like being a child in a sweet shop. Incredible bottle after bottle was pulled out; 1894 Lafite, 1919 Haut Brion, 1909 Yquem, they just kept coming shown off by a head sommelier with such obvious pride in his babies. They threatened to lock me in there then looked slightly alarmed when I agreed. If there is ever a threat of zombie invasion or nuclear destruction I know where I will be hot footing it to. 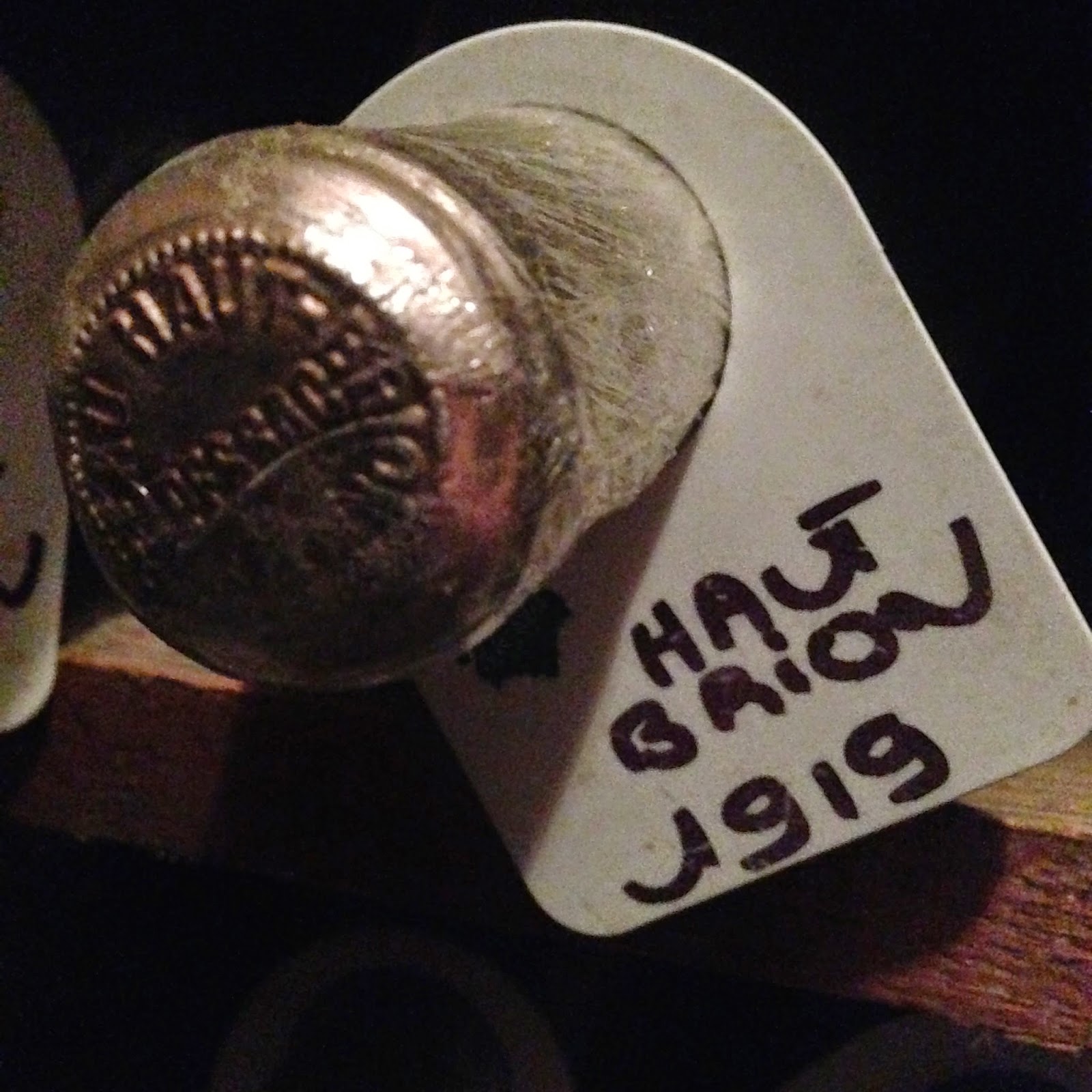 When I’m visiting a restaurant like Taillevent I tend to opt for a tasting menu just to make sure that I get to try as many different dishes as possible, this does mean that I miss out on the beauty of the a la carte dishes. The table next to me went a la carte and the presentation was incredible – gold leaf a go-go and ornate decorations of pastry, vegetable or chocolate depending on the dish. Traditional dishes such as crepes suzette are cooked and served with a flourish of purple flame at the table side. A la carte is a stratospherically expensive way to dine though so this may remain a spectator sport for me.

Highlights I just can’t pick one, it was all incredible from start to finish.

Would I go again? Were I a resident of Paris with unlimited means and complete disregard for my waistline I dare say I would become a regular. In fact I would probably have my own banquette. As it is I can only hope that one day I might go back.

Summary Classic French food cooked superlatively well. Yes, its starchy and extremely old school but its hard to beat for a sense of occasion. An experience that almost felt religious with Taillevent as the temple.