There are some people who exude money. I don’t mean it literally of course, no one has pound coins popping out from behind their ears magician style it was more that the other diners seemed very expensive. The whole experience felt very expensive. I’m sure that you know what I mean? Even before I arrived I felt slightly inadequate just trying to find the restaurant. Address: 34, Grosvenor Square. Except there isn’t a 34 Grosvenor Square on Grosvenor Square.  We drove around at least twice looking at numbers and found nothing. It started to seem like an insider joke – if you can’t find the secret door you can’t come in. The cab driver suggested that maybe it was actually IN the neighbouring US Embassy but even I knew that was a silly idea, imagine the security clearance needed just to get supper. Finally in desperation- and now five minutes late for the reservation- I called the restaurant; the entrance is actually around 100m down South Audley Street – as I would have known if I’d checked their website to be fair. 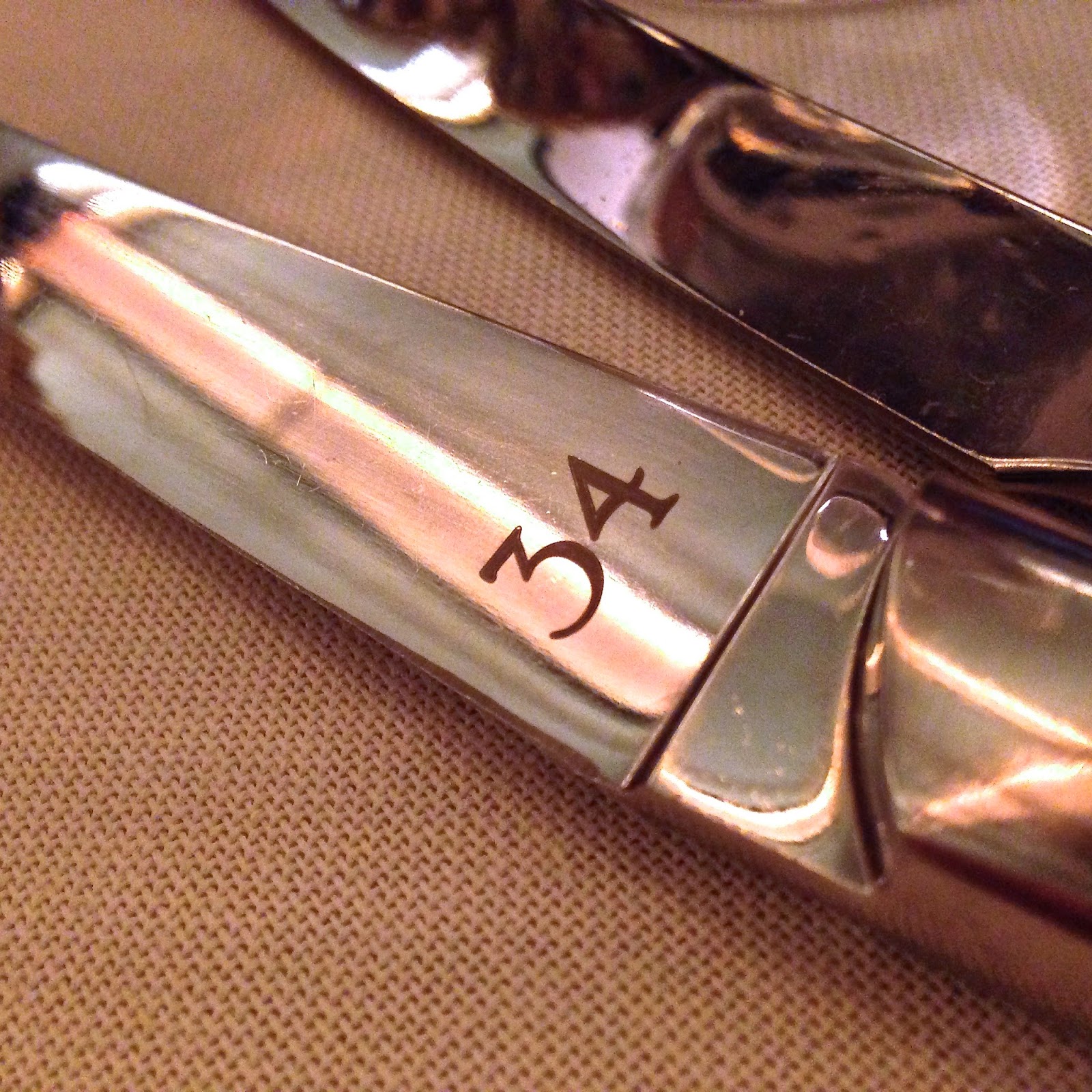 This may all say more about my navigational skills and powers of observation than the place itself but it wasn’t the most auspicious start to the outing. Neither was fighting my way up the steps through a cloud of smoke past leggy, sleek, thoroughbred racehorses in skyscraper red soled Louboutins suppressing their appetites with cigarettes  as I trotted up like a Shetland pony.


Strike three in the arsenal of bad starts to the evening was a call from the other 50% of my table announcing she’d broken up with her boyfriend, was in tears and hadn’t yet dressed or left the flat. I got bossy – dress on, face on, Uber ordered and bottom in seat within half an hour or else. Best order myself a drink as I’m in for a wait.

A cocktail is going to set you back somewhere around £10-£20 depending on your poison and averaging somewhere in the middle of that spectrum. Wine by the glass ranges from £8 up to the sky being the limit. A glass of Coteaux de Layon as an aperitif was therefore not only a delicious, but also comparatively economical, choice.

Shortly after this photo the lights were dimmed for the evening crowd and became darker and darker as the night progressed until you could barely see what was on your plate and photos became virtually impossible. The two photos below are admittedly awful and the remainder were completely unprintable so you will just have to imagine.


It says something about the food and the pampering attention from the waiting staff that my heartbroken friend was happily munching on sashimi within a few minutes of arriving- A £17.50 starter plate of sashimi no less. Good quality fish- as you would expect- and presented nicely. Definitely the low-cal option for the Mayfair lady who lunches… 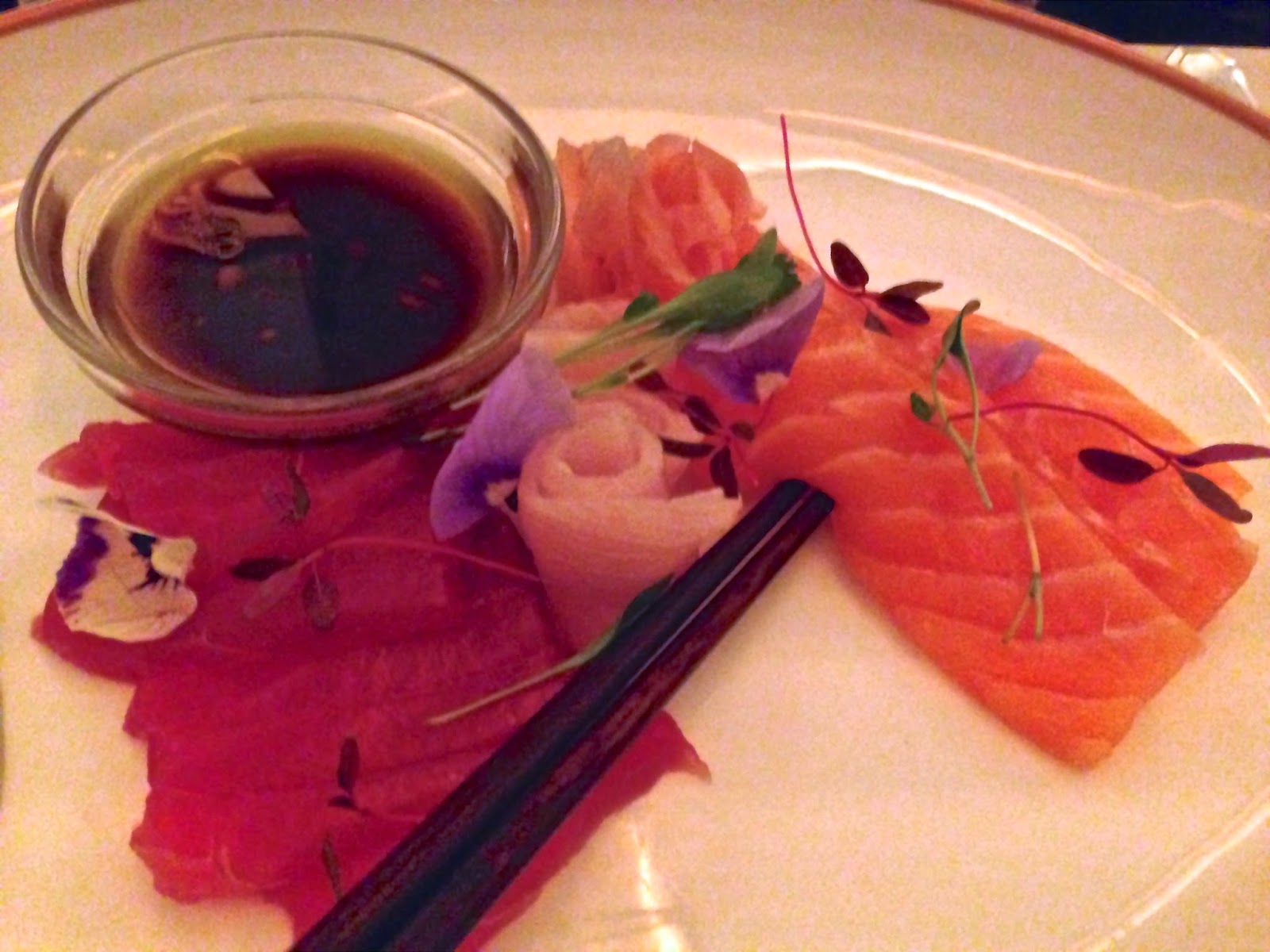 Being more of a dame who dines myself I was not limiting myself to raw fish but went for a plate of grilled squid with Iberico croquette and very nice it was too. Things generally are when they have been fried in my experience. Pork and seafood make such excellent bedfellows when, logically, they totally shouldn’t. Probably the worst possible starter going if you are Jewish though, sorry. Starters on the whole range between £9-18. 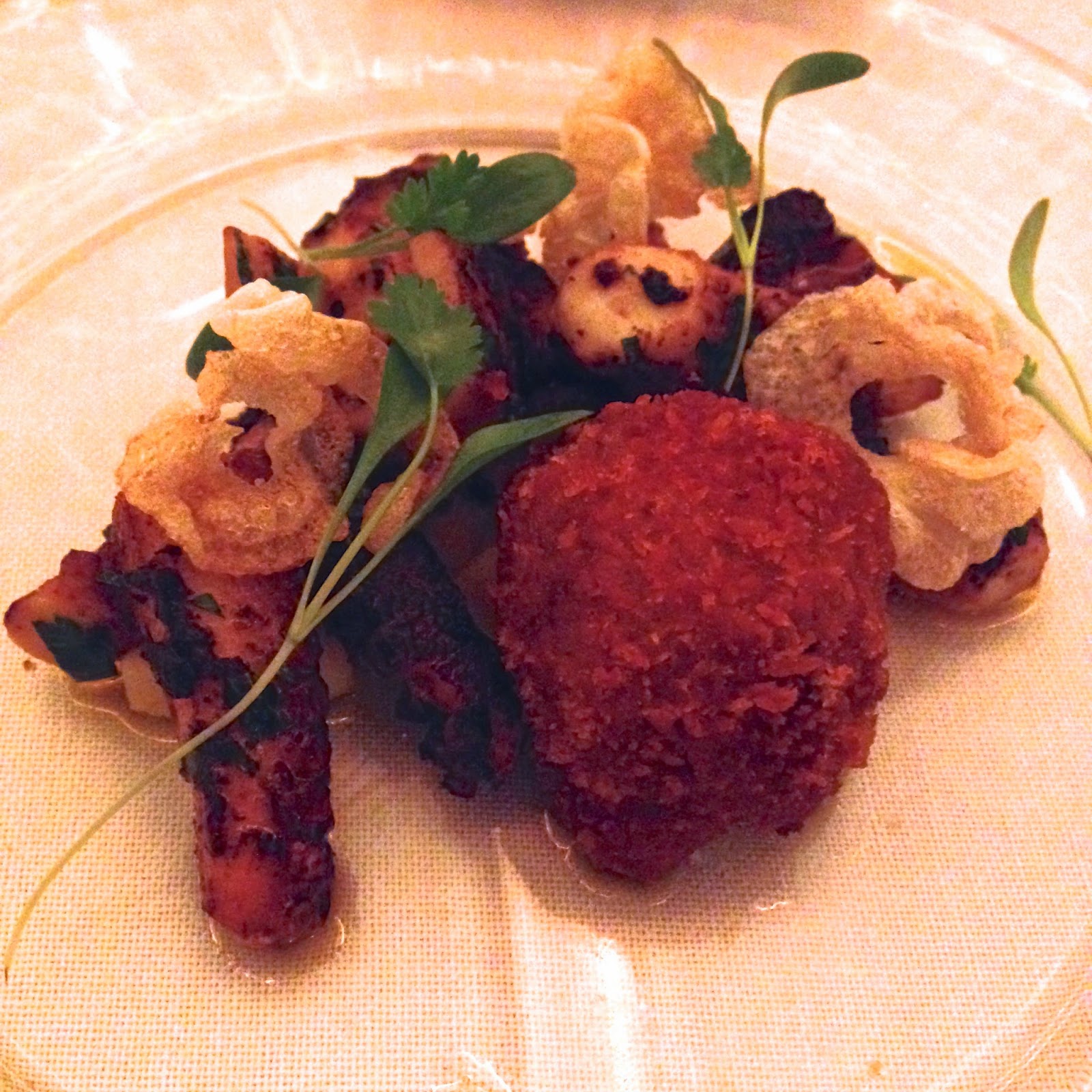 I’d been advised by friends to make sure to choose something from the grill and they weren’t wrong. With a couple of exceptions, much of the beef is sourced from Scotland via suppliers Billfields and hung for a minimum of 28 days. The grills they are cooked on are imported from Argentina (this sounds impressive but how different can a grill from Argentina be?!)


I’ve harped on quite a bit recently about London’s increasing disposition towards USDA beef and 34 has joined the fray offering USDA burgers and steak frites, I am hoping that this is only due to the preferences of their neighbours at the US embassy.

A 2004 Chateau Musar was every bit as good as you would expect it to be. Yes, Lebanese blends can be an acquired taste for many but for me they are a reliable go to in a sea of eye waveringly expensive Burgundy and Bordeaux targeted firmly at the ‘out on expenses’ market. La Tache, Cheval Blanc, Lafite, DRC, Le Pin; the gang’s all here. At £89 the Musar was still not exactly the cheapest option on the list but made for comparably good value.

The atmosphere is ideal for a romantic night out but equally suits friends catching up although proper gossip is hard on the banquette tables as you can hear every single syllable of what your neighbours say so don’t go imparting secrets unless you want the better heeled of London to know.  A live jazz trio were playing in the bar.

On the dessert front we had something chocolatey and it was very nice but I’ll be honest, I cannot remember for the life of me any more than that.

Highlight: The steak and the atmosphere (the jazz trio do make it feel more special)


Summary: Feels expensive, tastes expensive and is expensive but if you’ve got and don’t mind spending its worth a visit.


Would I go again? Yes definitely on expenses, or for a special occasion. For the price, there is better food in London but everything I ate was nonetheless good and the experience is always a glamorous one.