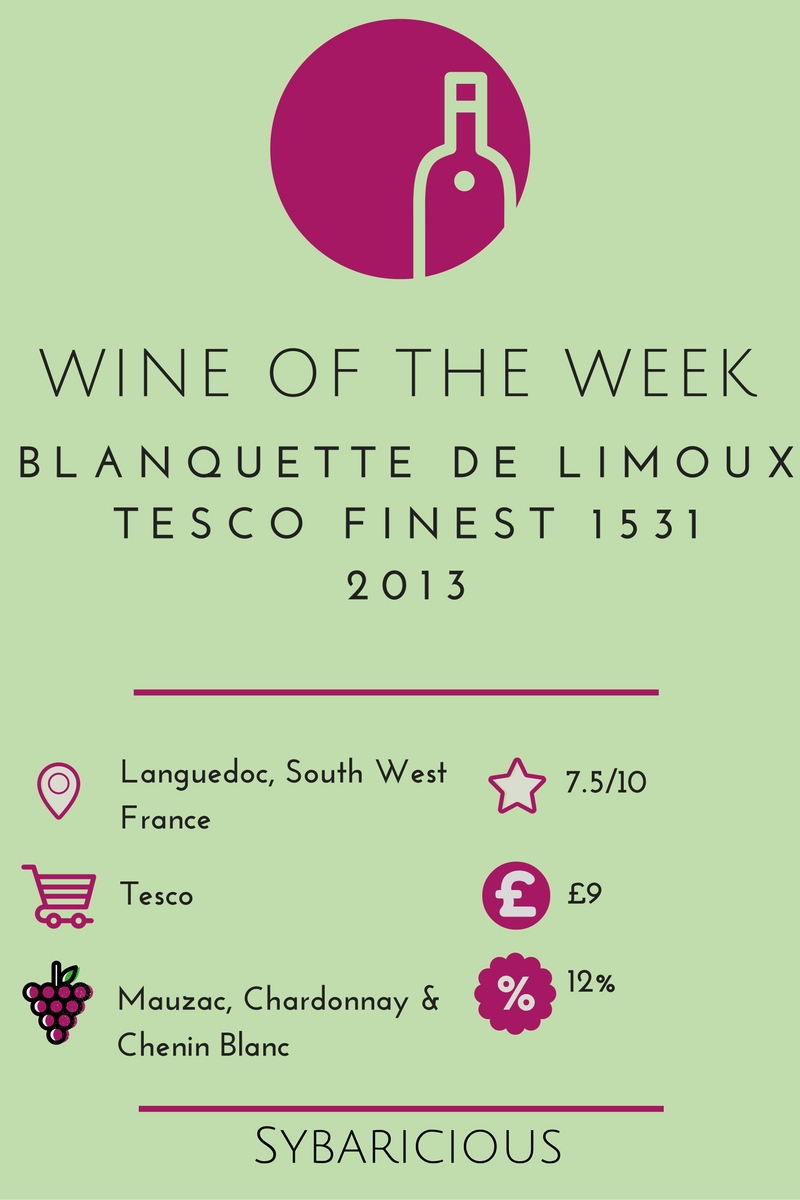 My wine of the week this week was
discovered during the recent Tesco Finest Pop Up wine bar in Soho.  It was a fabulous marketing idea and I wish it
could have been there for longer than a fortnight but, as I’m sure the staff would
attest to, I gave the wine list a good going over whilst it was there.  Who can complain at a sleek bar with bouncers
ensuring it doesn’t get too busy and wines on show at between £3-7 a glass?
Especially when I tell you that the £7 one was vintage champagne….

I worked out that I tried 15 of
the wines on offer and whilst there were a couple of less than great ones (the
enigma of a low cost but excellent Chateauneuf-du-Pape remains elusive) I was
bowled over by several of them. I have got into the rather short-sighted habit
of thinking that it’s not worth drinking anything under £10 a bottle. We’ve all
heard the tales about the value of actual wine in the bottle once you’ve
accounted for tax, duty, import costs etc. Well, I was wrong. Yes, I will
repeat that as it’s a rare day when I admit to it but – I. Was. Wrong.

Although many of the wines were very good, one stood out above the rest for me in terms of both taste and value. Everyone knows Cava, everyone
knows the (overly) ubiquitous Prosecco, even Cremant has a rising level of
consumer awareness but I wonder how many Tesco customers add a bottle of
Blanquette de Limoux to their shopping baskets- comparatively few I bet. This
is such as a shame as it is frankly awesome!

Blanquette de Limoux is an AOC based in the Languedoc in
South-Western France. Tucked away in one of the southernmost points of the country it is the home of fizz. Contrary to popular belief, sparkling wine was not invented
in Champagne but reputedly some 150 year earlier by the monks of
St-Hilaire.  Move over Dom Perignon! This wine is named 1531 after the year in which it is believed that the hallowed second fermentation was discovered and corks began to pop.

I tried it blind in a line up of sparkling wines and I got
it completely wrong and had it pegged as Champagne.

Based primarily on the Mauzac grape, as is compulsory for the AOC, it has a lively acidity and citrus fruit backdrop. This zing is tempered by a creamy, biscuity flavour from its traditional method production. The very faintest hint of oak from the Chardonnay adds body and complexity to the wine whilst Chenin Blanc brings some cooked apple. Bubbles are small and well dispersed and the fizz lasted a good deal longer than the Prosecco also in the flight. It drinks very smoothly and feels very balanced on the palate. Critically, it is less than £10. There are few sparkling wines in the UK that are arguably of Champagne standard for that price. It’s the sort of price that makes midweek bubbles a very real and affordable prospect.

Granted it is not up to vintage champagne standards but you’d have to be a really opportunistic idiot to expect that for under a tenner. You can get your hands on some here.

Other highlights included their Passerina from Tuscany (I
admit to having been ignorant to the fact that Tuscany can do good white), the Alsace Gewurztraminer and also the Rioja Gran Reserva. All three of the Finest
Rieslings are also worth a punt.

My wine snobbery has been well and truly put in its place
and more of my everyday drinking wine will definitely be hailing from Tesco
moving forward!

They have 25% off when you buy 6 at the moment which makes
them even more of a bargain. Cheers….